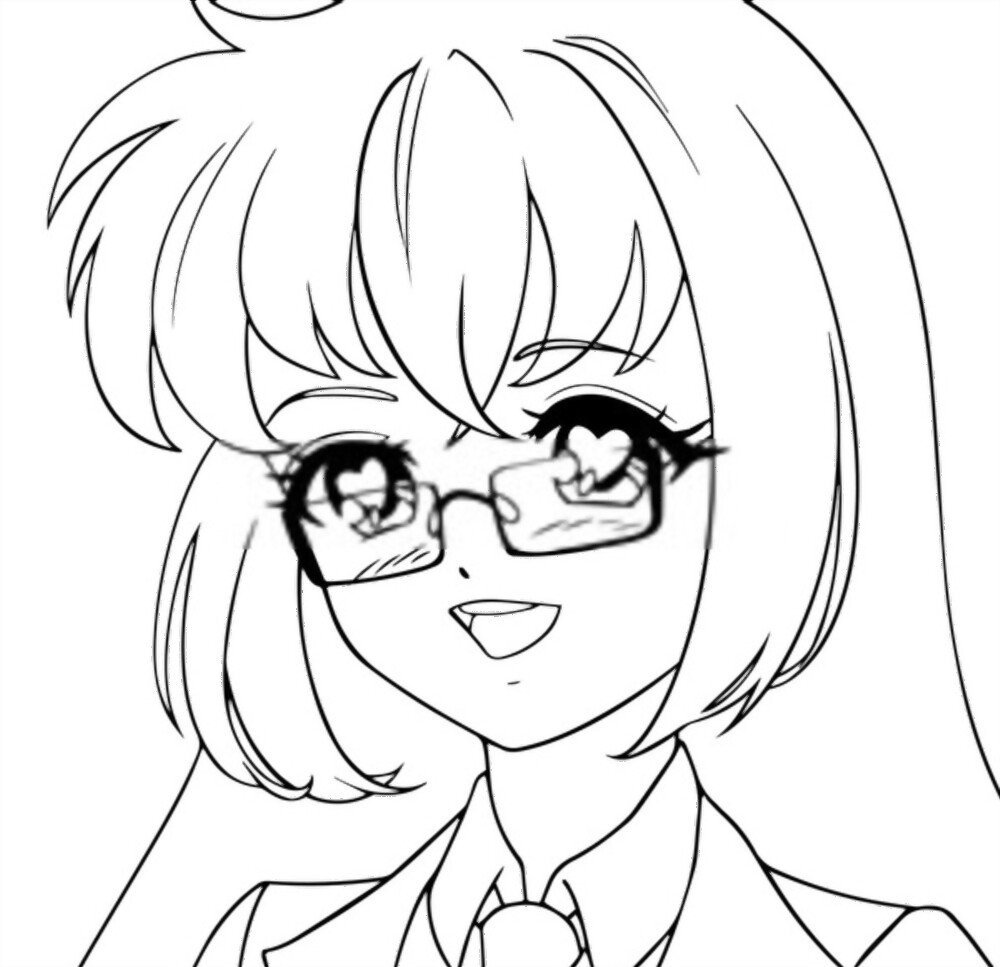 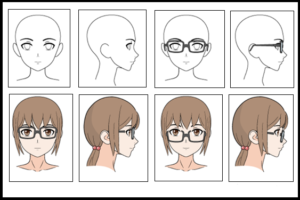 How to Draw an Anime Head and Face (Before the Glasses)

It’s recommended practice (particularly for new painters) to draw out the head and face before drawing the glasses in any style. 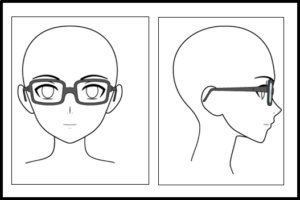 The glasses are drawn on top of all head and face characteristics in the sample above so you can see how they will be placed on the head (as though the head is transparent).

They normally sit on the nose and go around the ears, much like real glasses.

Because anime noses are frequently simplified (particularly in the front view), placing that component of the glasses correctly. Your nose may be either small or too long if you set it too high or too low. When sketching, keep this in mind.

Because anime eyes are typically drawn considerably larger than real eyes, you may need to create larger lenses to compensate.

Draw anime glasses in the front perspective (like in the image above) in the same way you would real glasses, keeping everything outlined in the previous step in mind.

You can notice something pretty common for anime glasses in the side view sample above (though not always the case). In that instance, any section of the glasses frame that would obscure the eyes is “taken away.” 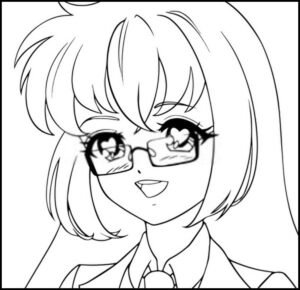 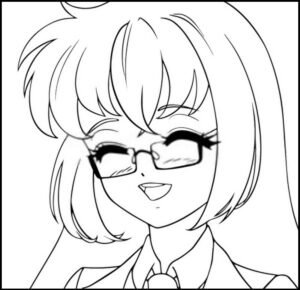 What is the purpose of this? One theory is that it merely helps the artist better depict the character’s eyes, thereby saving time in the sketching process.

Drawing Anime Glasses Down on the Nose

The sample above shows how the anime glasses “cut out” works with different frame regions. Leave away the sections that cover the eyes if you wish to design spectacles in this manner.

When painting anime glasses, another typical approach is to use the reflection from the lances to hide the eyes entirely. This may be utilized to make a character look serious, dedicated, or even deadly. 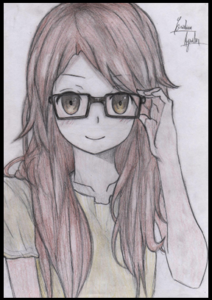 How to Draw Glasses Two Ways

On the nose, anime glasses You can see how the anime glasses cut out works with different areas of the frame in the sample above. Leave away the sections that cover the eyes if you wish to design spectacles in this manner. 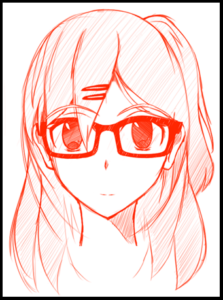 How to Draw Anime & Manga Glasses 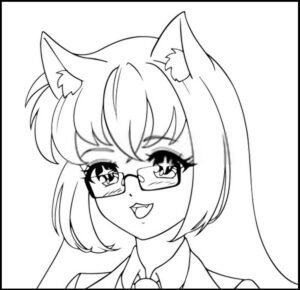 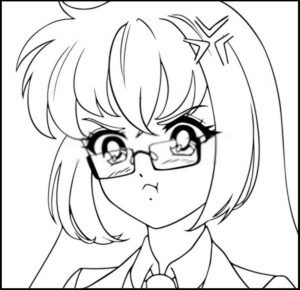 In Japanese animation, the meganekko, or spectacles girl, is a recurring character archetype. But, like the cliche of the sexy librarian, the anime version is as clever as a whip and looks amazing in eyeglasses. Prepare to meet 15 of the most adorable anime heroines wearing glasses. 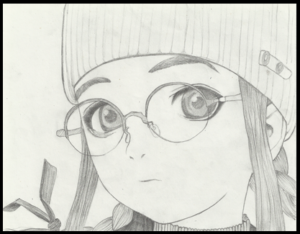 Step-by-step instructions will be provided on how to draw hipster glasses. Anyway, these glasses are normally thick plastic-framed lenses that come in female and male forms. I added a mustache, so the glasses aren’t alone in the photo. For those of you who appreciate the hipster look, drawing hipster glasses will be a lot of fun. 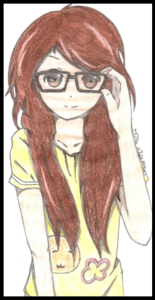 How To Draw Anime Girl Glasses

A Simple Manga/Anime Eye Using COPIC. So, what’s the best way to draw anime (or manga) eyes? Exaggerated physical traits such as wide eyes, long hair, and extended limbs are common in anime artwork. One of those activities seems simple from afar, but as you sit down to start sketching, especially if you are a beginner, it becomes more difficult. So before we go into how to draw anime eyes, it’s important to learn some fundamental anatomical concepts regarding the human eye.

The given video will help you a lot in Drawing Anime Boy with Glasses.

There’s a lot of ways to draw Anime and Manga Glasses-wearing characters while just two to three kinds of anime and manga glasses drawing are presented in this lesson, the same techniques may be used to design different forms of anime and manga glasses. If you need additional inspiration, you may always sketch anime glasses based on real-life examples. Almost everything in this tutorial should still be applicable.

How to Draw Anime Weather

How to Draw Freckles on the Anime Face