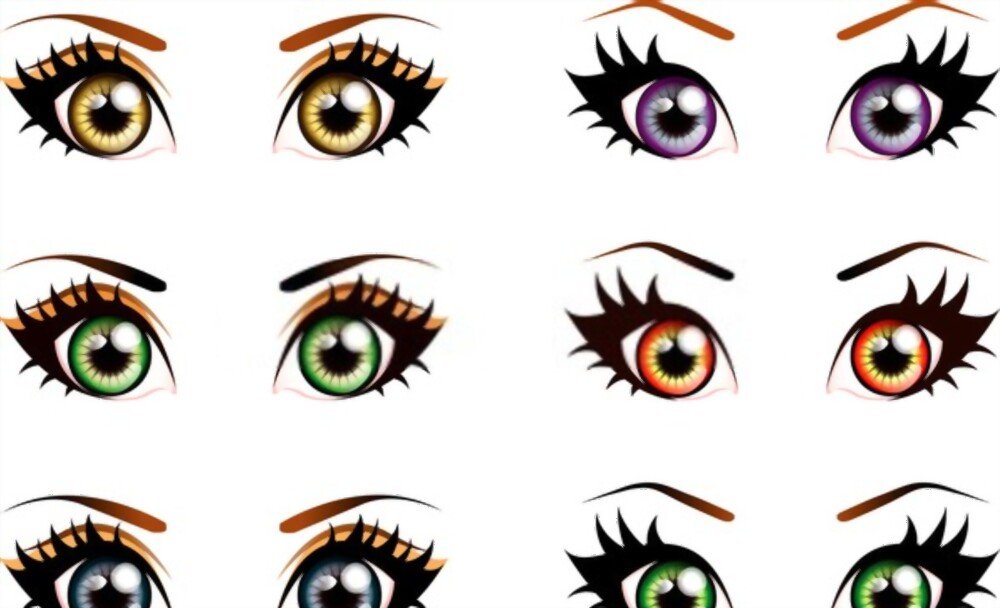 This article demonstrates how to design or draw various anime and manga eyebrows (thin, short, and thick/bushy) in various locations (lowered/raised). 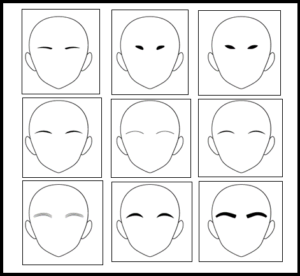 Anime and manga eyebrows come in various shapes and sizes, but they mainly fall into a few groups.

The majority of anime characters have these sorts of eyebrows.

Basic eyebrows. Make these a little thicker in the center and a little narrower at the ends. 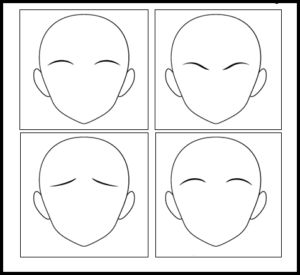 When lowered, these forms of eyebrows can be drawn in a wave-like shape. In addition, you can draw them in upside-down curves or merely higher up on the head with increased inner ends when they’re lifted (depending on the feeling you want to convey).

Similar to the earlier illustration, they are thicker at the inner ends and thinner at the outer ends. As a consequence, make your drawings accordingly. 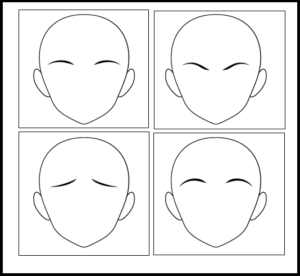 You may use the same steps as in the previous example when sketching these brows in various phases. Follow the overall curve of the brow and make the inner ends of each one somewhat thicker.

The most basic sorts of brows. Make these with only one line. 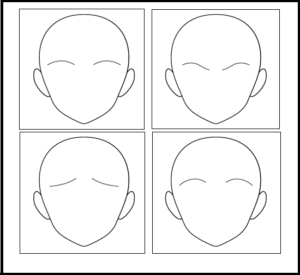 As seen in the first example, you may draw these brows in several places.

Some anime creatures have extremely thin brows. It’s worth noting that small brows usually begin the same distance from the center of the face as long brows. Longer brows have outer ends that don’t go as far to the sides of the face as short brows.

The thicker inner ends of the short and thin eyebrows are thicker than the narrower outer ends. 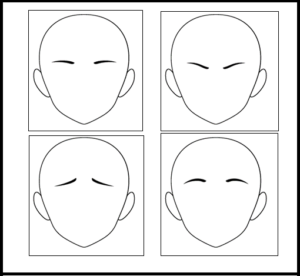 Draw these for various emotions in the same way as in example one, but with less of a “wave” as they are dropped.

These sorts of brows can be drawn in the shape of a triangle with rounded corners. 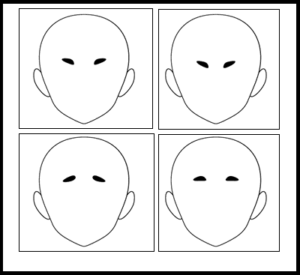 When sketching these brows in various places, you may keep the general form the same or slightly twist it to match the emotion.

Draw your brows closer together and inwards towards the face for reduced brows.

As seen in the third illustration, when the brows are elevated, you may turn their form upside down.

Draw the brows further up on the head without any tilts, as seen in the fourth example.

The last example is quite similar, but with a little different form. 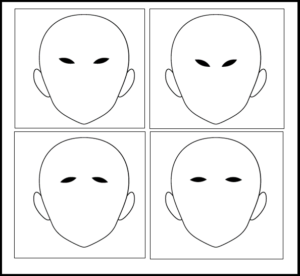 When sketching them in different positions, you may very much follow the instructions from the previous example. In general, you may rotate and shift them as needed while maintaining or slightly tweaking their overall form.

Another popular brow style in anime and manga is thick and bushy brows. They’re more prevalent in male characters, although they can appear in female characters as well.

These are just thicker versions of the brows from the previous instructional sample. Draw them with bigger lines in the center and thinner lines on the ends. Alternatively, you might make them thicker at the inner ends (like example number two)

These sorts of brows may be drawn in various positions in the same way as the previous example.

These brows are rather uncommon. Male characters are more likely to get them; however, female characters may occasionally obtain them as a joke.

Draw these types of eyebrows with a fairly “blocky” shape. 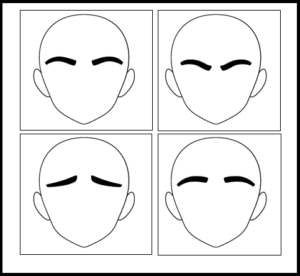 Based on the first example, you may draw the different placements of the brows once again.

The thickness of these bushy eyebrows is achieved by drawing numerous lines. This technique allows you to create strong brows that appear light.

Draw these brows with each line mimicking the contour of the other while leaving some space between them. 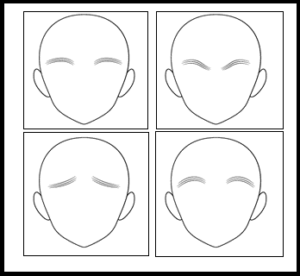 How To Draw Anime Eyebrows Step By Step?

Drawing anime brows is rather simple. However, it depends on the style of anime and if the character is male or female. As a result, I’ll demonstrate how to draw anime male and female brows. To paint anime guy eyes, start by drawing a triangle and making it seem like the image.

Step 2) Sketch the eyebrows and draw the eye. You may choose whether or not to finish painting the eyes; in any case, there are two approaches to creating brows. The first is to draw brows like this (/

Step 3) Add some effects to the anime brows. The second method for drawing brows is to create higher circles, as seen in the illustration. Follow the steps outlined in the image). Now that you can see the image clearly and clearly, remove your eyes.

Step 5) This is the final step. Crying and Upset Anime and Manga eyes with Tears