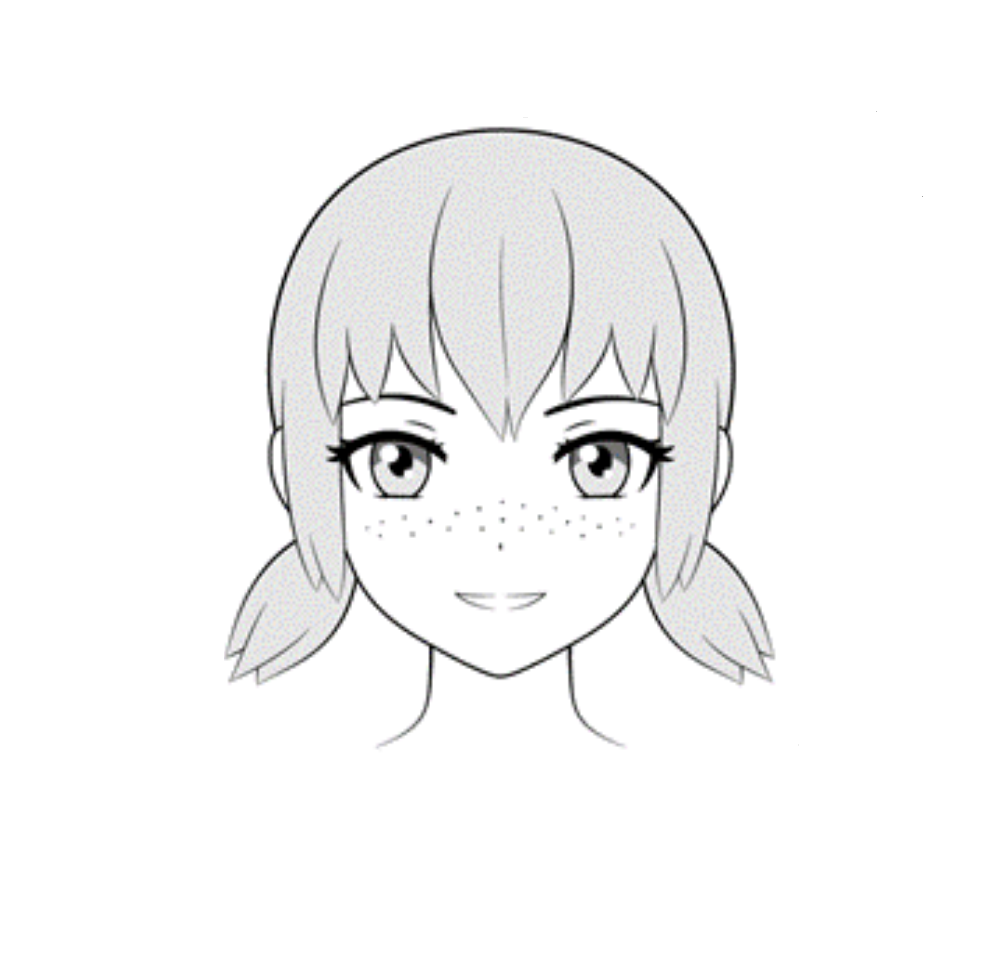 This little lesson teaches how to design freckles on anime characters in a few different methods. It gives an example of how to draw them and how to explain the details. 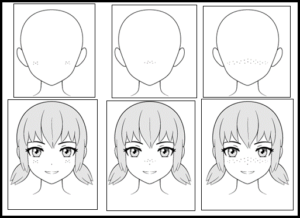 Freckles can be utilized to give a character in an anime or manga a more distinct appearance. Characters with milder or shyer personalities are more likely to have them (though this is not always the case).

Freckles in anime are stylized in the same way that anime characters are. The idea is to produce an appearance of freckles rather than to reveal true appearing freckles. As a result, anime faces are frequently depicted with significantly bigger freckles and fewer of them than a real person’s face. This also saves time for the artists and makes them more visible.

Of course, there are several exceptions to the level of detail. For example, freckles can be portrayed more realistically in solo anime-themed artworks or 3d characters; however, in most shows/manga, they are rendered similarly to the images below.

Drawing Freckles on the Cheeks

Draw a patch of freckles under each eye for these sorts of freckles. The only true key is to balance the freckles such that one patch does not appear to “outweigh” the other.

Make your characters less symmetrical if you want them to seem more natural. You may also make them slightly different sizes (some larger, some smaller). You may almost mirror them and make them all the same size for a more styled figure. You can pretty much make them all around when it comes to forms. 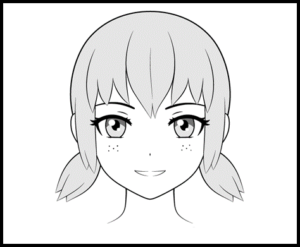 The image above shows how “under cheek” freckles could look with anime face traits.

Drawing Freckles on the Nose 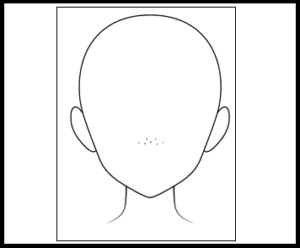 Draw a patch of freckles over the bridge of the nose in this example. Because most anime characters don’t have that nose area drawn, place them slightly above the tip. Then, you can slightly randomize the size once more. 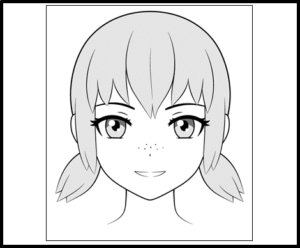 You saw how “on nose” freckles can appear with anime facial features in the illustration above.

Drawing Freckles Across the Face 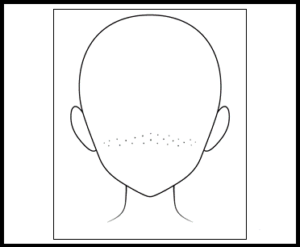 This example is essentially a hybrid of the first two. Draw a band of freckles over the face, across the nose and cheeks. Make them denser in the center and less dense on the sides. Again, vary their size and location while balancing the overall form they make to not squirm to one side of the face. 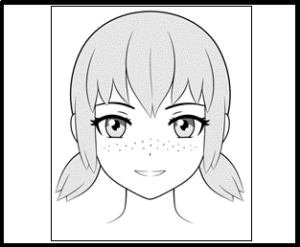 You can see how “across the face” freckles might look with anime facial traits in the illustration above.

Drawing Freckles On Anime Faces: Here are some tips

When compared to real-life people, anime characters have a lot more freckles. Freckles are designed to offer a distinctive aspect to anime characters with a meek or timid demeanor. The following are examples of several sorts of freckle drawings:

Add little characteristics to your character’s face, such as freckles or wrinkles. After you’ve finished with the hair and deleted the guiding lines, add any embellishments that will help your character stand out. For example, make them appear more intriguing by adding freckles, moles, or wrinkles to their cheeks. Make a pencil sketch of any jewelry or accessories you desire to remove if you don’t like how they appear. If you don’t want to, you don’t have to add more information to your character.

This is a fairly brief tutorial because there isn’t much to creating freckles on anime characters. However, there were a few minor details covered in this instruction.

How to Draw Anime Weather