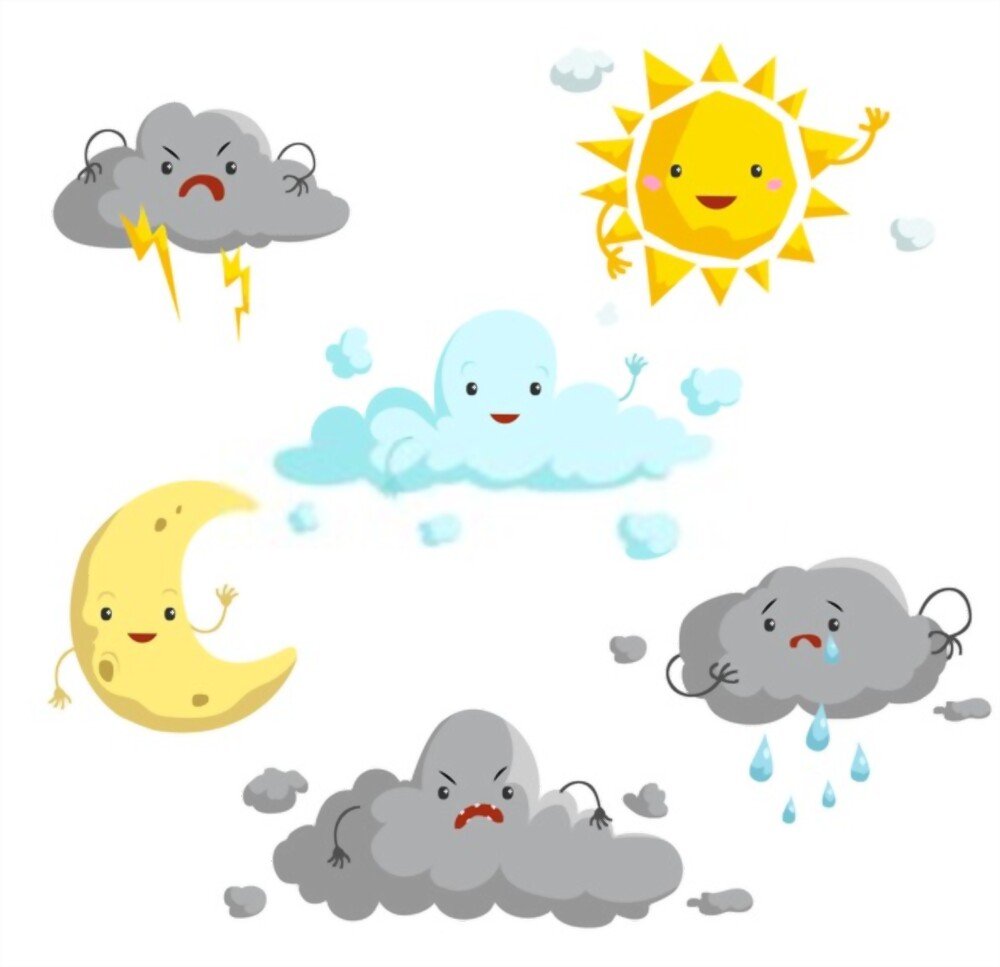 This lesson demonstrates How to Draw Anime Weather (Snow, Rain & Wind). Each one is broken down into easy-to-understand steps. 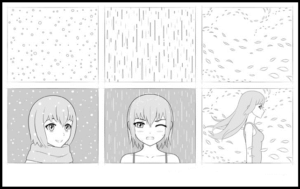 Anime and manga use a lot of weather effects, and they’re highly significant. They can aid in creating a certain scene, the setting of a specific mood, or the indication of the current season. This article demonstrates how to apply weather effects to create better-looking settings and proposes what kinds of situations you would use them for.

How to Draw Anime Snow Step by Step 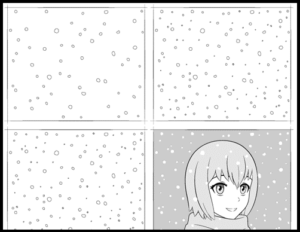 The impact of snow is perhaps the simplest in this tutorial. Large, slow-falling snowflakes, such as the ones in this illustration, are typical in sceneries intended to evoke a festive or romantic mood.

Begin by sketching the bigger and medium-sized snowflakes and dispersing them evenly around the drawing surface. You can create any forms you like for them, but keep them smooth and free of rough edges.

The “foreground” snowflakes will be these. The importance of this will be explored in more detail later in the course.

Fill in the foreground of the drawing with extra medium-sized snowflakes. Draw some of them in little groups around the bigger flakes and others in random spots. Avoid creating snowflakes that are too consistently spaced, sized, or formed since the purpose is to make the falling snow appear genuine.

Finally, fill in the gaps between the larger snowflakes with some really little snowflakes. The “background” snowflakes will be these.

Drawing a Character in a Snowfall Scene 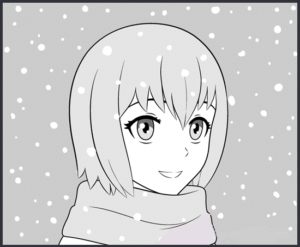 When you first design the snowflakes, you can outline them, but when you shade or color around them, you may blend the outlines into the backdrop. If you’re using a computer to sketch, create the snowflakes on top of the picture. You may also use white non-transparent paint or a white correction pen to achieve this on paper.

How to Draw Anime Rain Step by Step

Sketching rain is similar to drawing snow in the last example, but there are a few minor changes.

Rainfall is frequently employed in anime and manga to create more dramatic scenarios. These can be both beneficial and harmful. A character strolling alone in the rain after something awful happened, for example, or a tragic confession.

Begin by sketching out the bigger to medium raindrops and arranging them uniformly around the drawing surface. Make the majority of the drops “bottom heavy” with thinner tops. Make some of the droplets a little longer and others a little shorter. These will be the “foreground” drops, similar to snow.

Add some additional smaller/shorter drips to the mix. Then, to give them even more variation, draw a couple of the droplets splitting off into numerous portions.

Add the “background” droplets as simple lines of varying lengths to complete the rain picture. It’s also worth noting that rain in anime and manga is frequently portrayed totally with a single line for each drop. If you like, you may go with this option as well. Larger, more detailed raindrops, on the other hand, will typically make for a better-looking sketch in close-up settings like the one below.

Drawing a Character in the Rain 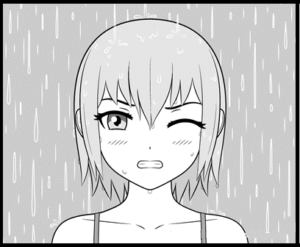 Sketch an anime/manga character before the rain descends if you want to draw them in the rain. The little backdrop raindrop should be buried behind them, similar to how the snow is covered. As illustrated above, the bigger drips can impact the character and make little splashes.

Raindrops, like snowflakes, appear best when drawn in white on a dark background. However, unlike the snowflakes, the huge raindrops may be drawn with simply a white outline without having to fill in the whole thing.

If you’re drawing with pencil and paper, shading around the contour of each drop might be extremely time-consuming, so either create dark outlines or use a white correction pen to put them in over the top of your pencil picture.

How to Draw Anime Wind Step by Step 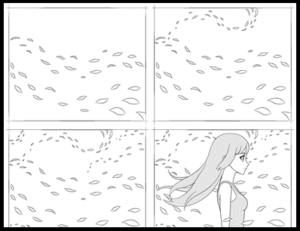 The wind is possibly a little more difficult to “display in comparison to rain and snow.” Because you can’t see it, you’ll have to add some form of blown-around items to the scene to display it. These may be anything, but the most frequent are leaves, petals, paper, and feathers.

The wind has a lot of uses in anime and manga. Some sequences, such as a character walking against the wind in a strong snowfall, may be dramatic. Some, like cherry blossoms in a spring wind, may be charming. This tutorial’s example is more applicable to the latter.

Draw the objects along routes or wind streams to make it appear more like wind and not just falling leaves or flowers. To assist guide and draw the leaves/petals on top of this, draw some light lines similar to the image or imagine them in your head.

We’ll design some abstract-looking things that may represent petals or leaves for the sake of this lesson.

Begin with sketching the leaves in the foreground and near the backdrop. Then, start with the bigger wind streams.

More lines will be added to the backdrop to represent more wind streams.

Draw the leaves/petals from further back along with them as well. 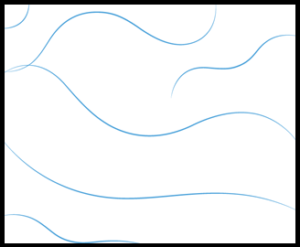 Finally, add the wind streams from the far rear. You can alternatively sketch them out with lines first, as seen in the example. 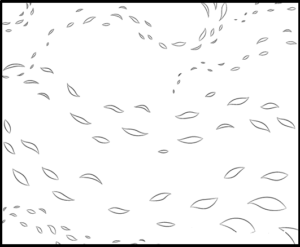 The leaves should all be somewhat different sizes, but the leaves in the backdrop should be the smallest on average.

Drawing a Character in the Wind 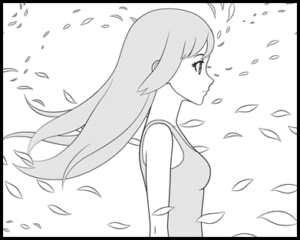 The same goes for rain and snow. If you want to draw a character in the wind, start with the character and then go on to the items.

Only the greatest stream of leaves/petals is in front of the character in this case; the second largest is immediately behind her. The rest are hidden in the shadows.

With the character’s hair moving in the breeze, the following image effectively communicates the notion that the wind is blowing rather than falling leaves/petals.

Snow, rain, and wind are all popular weather effects in anime and manga. They are also not difficult to draw; however, depending on the amount of detail you want to put into each snowflake/raindrop/leaf/petal, etc…, it may take some time.

13 Anime Characters Who Can Manipulate The Weather