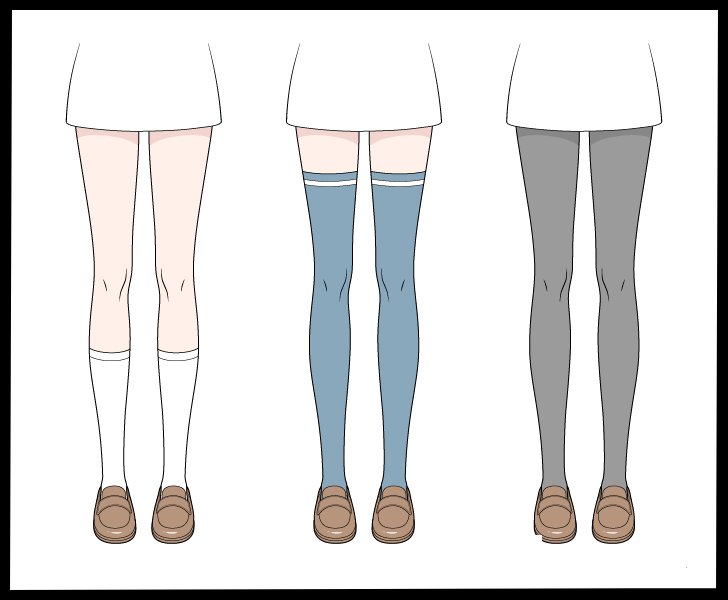 With some easy examples and fundamental suggestions, this article explains how to draw socks, stockings, and tights in the anime and manga styles.

Socks, stockings, and tights are all typical things in anime and manga, particularly because they take place in high school and are often worn with school uniforms.

When these objects are worn, they often take on the form of legs. This implies that sketching any of them is similar to drawing the legs, albeit with a few more steps.

As a result, you need to look at the following instruction (in addition to this one):

If you don’t wish to create shoes, you may draw the feet the same way as described in the leg sketching instruction.

If you want to draw shoes like the ones in this lesson, check out the following:

Anime Socks: How to Draw Them 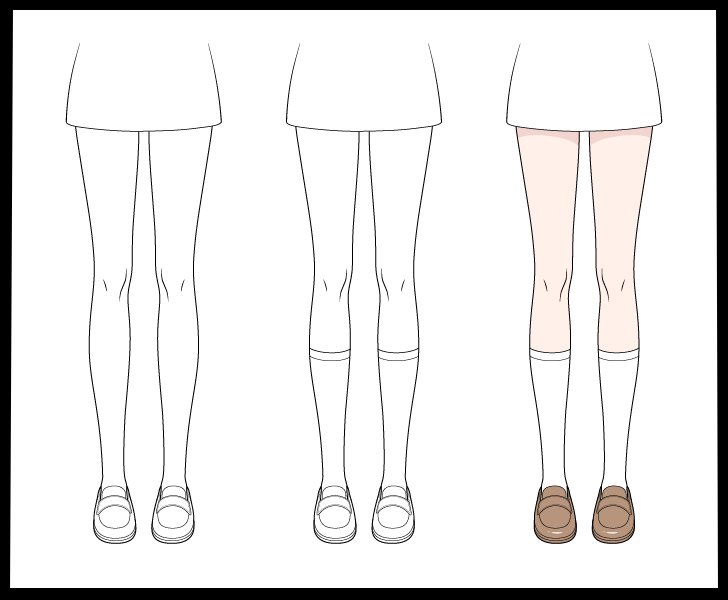 In general, socks on the legs may be seen with merely a pair of curves a little below the knees. To illustrate the cuffs, draw a second curve below that one (with a little lighter line if feasible). 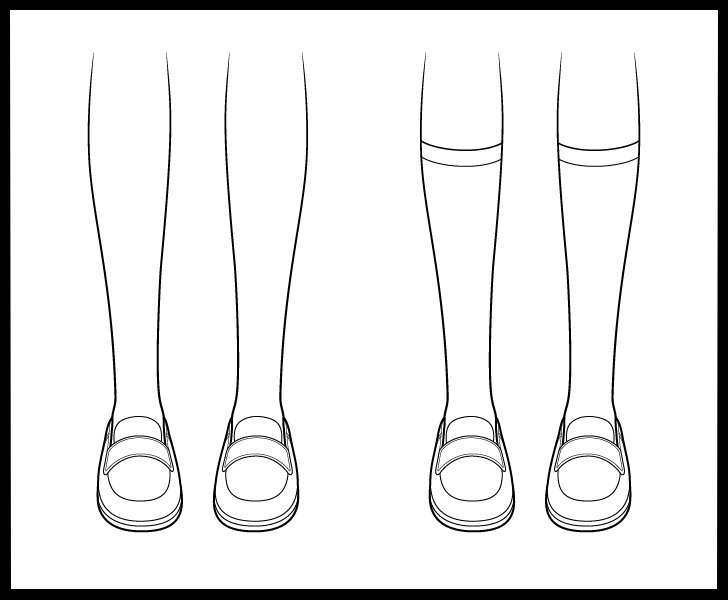 The reason you want the curves is clear that the legs are curved. However, what may be less clear is that the viewer’s eye level governs these curves. 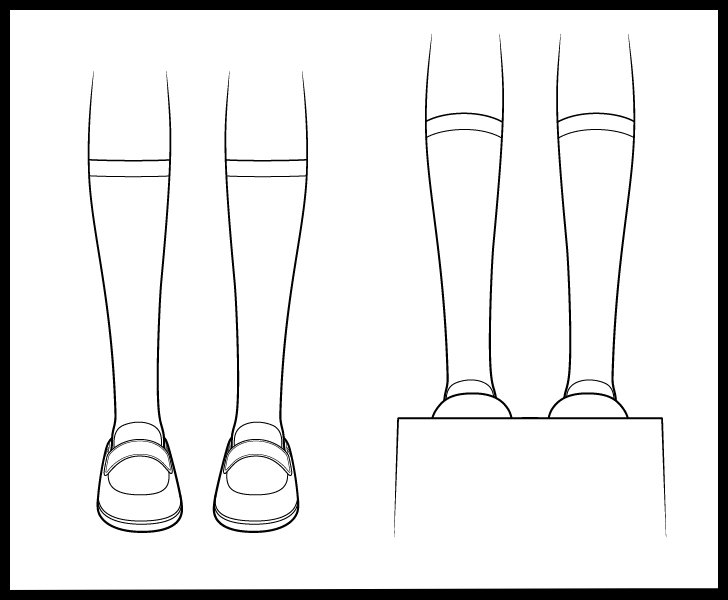 However, if you glance down at people’s feet, you will see the curvature of the socks around the leg, as depicted in the preceding images.

The socks in this example are drawn with minimum detail, although in particular scenarios (such as close-ups of the feet), more intricate designs may be exhibited. Typically, though, you will see something similar to the example.

Also, the socks in this design are plain white (as is customary in anime), but you may give them another color if you wish.

Anime Stockings: How to Draw Them 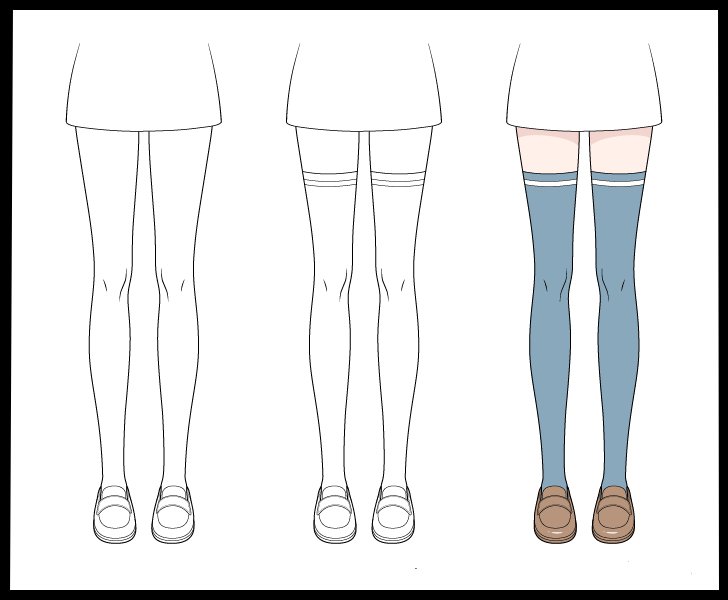 In anime and manga, “thighs high” stockings are fairly prevalent (probably more so than in real life). Drawing them isn’t all that different from drawing socks. 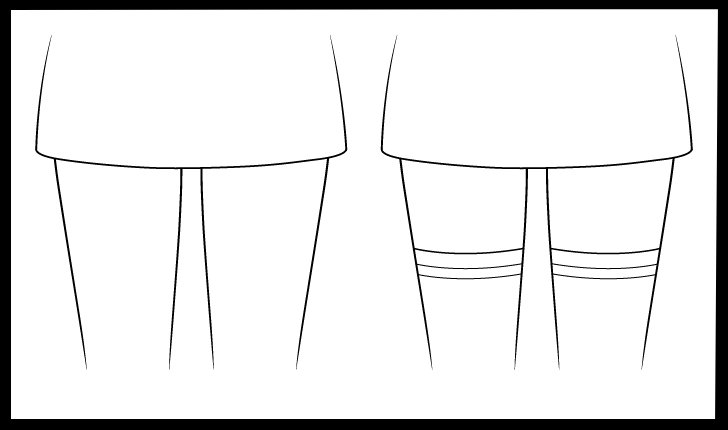 Again, you can typically show how high up the stockings’ legs go by sketching a pair of curves, but the “eye-level” criteria stated in the socks example still apply.

Because the stockings are significantly higher up the legs in this example, they are closer to “eye level.” This implies that their curves may be drawn flatter than those in the first example of the socks.

Anime stockings often include some form of design element towards the top, even if it’s as basic as a stripe (like in this example). Of course, you may also experiment with more sophisticated designs. 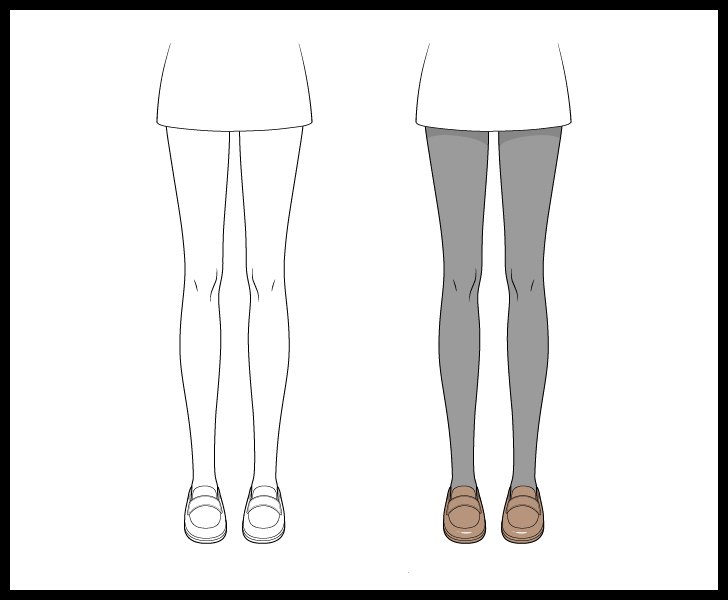 The last example is the simplest. Because tights hug the legs and go all the way up to the waist, no line drawing is required to represent them, at least when the person wearing them is appropriately clothed. Instead, you may demonstrate that they are being worn by simply painting the legs the color of the tights.

As illustrated in the illustration, stockings in anime and manga are often black or dark grey in hue.

This article displays a few basic examples of socks, stockings, and tights drawn in the anime and manga styles and some drawing guidelines. Because the examples are done in a fairly realistic manner, many of the explanations (for example, how things vary dependent on “eye-level”) may also be applied to drawing in general. This information should have been useful to you.