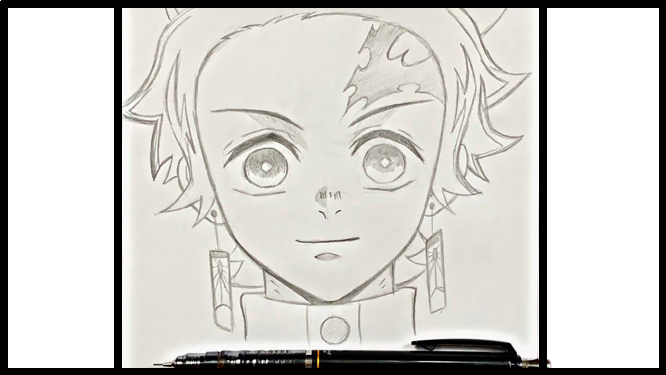 Drawing Tanjiro Kamado: A Step-by-Step Guide to Drawing Your Favorite

Introduction (Who is Tanjiro Kamado?)

Tanjiro Kamado (Kamado Tanjir) is the main character in Demon Slayer Kimetsu no Yaiba is, a Japanese manga series.

Kamado is a charcoal seller’s oldest son. Following an encounter with demon slayer Giyu Tomioka, Tanjiro is recruited by Giyu to become a demon slayer.

Today, we’re going to learn how to draw Kamado Tanjirou from Kimetsu No Yaiba.

If you want to try your hand at drawing Tanjiro Kamado, this tutorial is for you; here are some tips that can help you get started.

Here is a complete tutorial of Drawing Tanjiro kamado; if you want to learn, you must follow each step.

Every portrait takes about 15 minutes to create. When drawing, Kamado focuses on the shape of the eyes, nose, mouth, and ear to capture the personality and emotion on the model’s face. How to draw Tanjiro Kamado 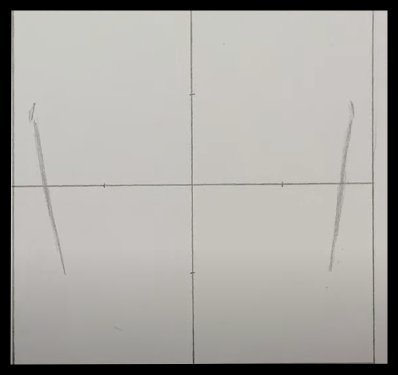 As for drawing first; you have to draw the cheeks; the complete process is below:

He has an oval-shaped head with high cheekbones, so give him a small nose and thick eyebrows.

He wears a white mask to cover his mouth.

Outline Kamado’s head and neck, then draw in his hair. Draw a line from the top of his head to the bottom of his chin.

Add the shape of the jawline and the outline of a neck.

Use the shape of your thumb to help withdraw in the chin, using your fingers to make adjustments.

Draw 4 straight lines from the bottom of the chin to the corners of the mouth.

Connect the two lines on either side of the mouth with a smaller line to create a shape that resembles a teardrop.

Draw 2 lines on either side of this shape, and connect them to their counterparts on the opposite side.

Create 2 small ovals at the bottom corner of this shape. Draw 3 small lines to connect these ovals and give them more detail. These will represent the eyes. 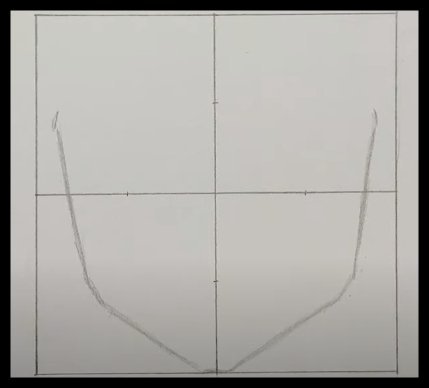 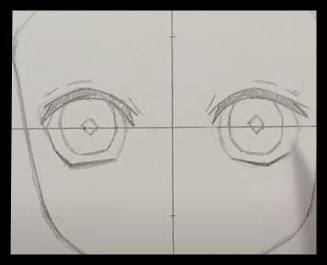 Draw a horizontal line that is the same length as the eye line.

Using a thin pen or a thin paintbrush, draw 2 lines that are the same length as the eye-line but are one-third of the distance between the side of the nose and the eye-line.

Connect the ends of these 2 lines to create a curve. Connect the curve to the original horizontal line. 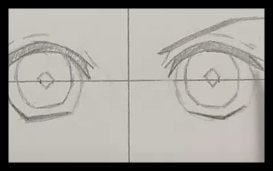 The following is a process on how to draw Tanjiro Kamado’s mouth.

Draw a circle for the head and then add an oval for the mouth.

Add curves for the shoulders and chin.

Draw a second ellipse to form the jawline, then add a curve at the base of the neck to form the collar.

Draw two more small ellipses inside the mouth, one for each lip. Add eyelashes and a nose in between each eye.

Tanjiro Kamado is the mouth of a volcano. 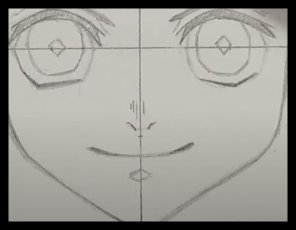 Tanjiro Kamado Earrings are a fun and easy-to-make earring design.

To get started, you will need pliers or wire cutters, 2 different-sized beads, and a headpin; the process is below:

1) Cut the headpin in half with the wire cutters.

3) Use the pliers to bend each side of the headpin at a 90-degree angle about 1 inch from where it leaves the bead (see photo for reference). 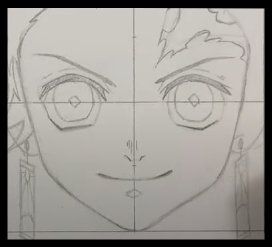 The following are the steps to draw Tanjiro Kamado neck:

Draw a line that starts at the top of the circle,

Add two more circles for ears on either side of the head. Draw a curved line at the bottom of each ear to create their shape.

Draw two lines from either side of the nose and intersect in a point below it to create the mouth.

On each side of the face, draw a line that goes down from below the eyes and intersects in a point below them. Sketch another line that

Tanjiro Kamado clothes are very popular in Japan, but it can be difficult to draw them for some people.

This tutorial will show you how to draw a Tanjiro Kamado outfit step by step.

In this tutorial step, you will be outlining the body and clothes.

Draw a large oval shape with a smaller one drawn inside it to form the torso.

Draw two circles on either side of the oval for arms.

Next, draw lines for where the shirt will meet the pants. Then, draw two lines at the bottom to form the legs and shoes. 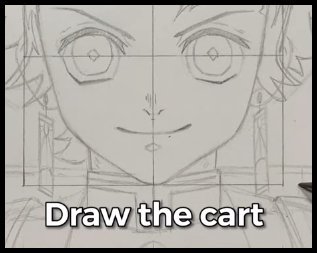 First, draw a circle and two curved lines for his eyes.

Then shape a rectangle to represent his nose.

Draw a U-shaped line on the bottom of the rectangle to represent the mouth.

Add a few circles for the pupils in his eyes, then add two more lines to make them look like eyebrows.

Draw a thin line across his face in an upward diagonal direction to represent his hair.

Draw two wavy lines on either side of his face as if they were cheekbones. Finally, draw two extra wavies.

Tanjiro Kamado is a character from the anime series; he is skilled in martial arts, so you can draw easily.

It started with a sketch of his face, and basic body shape did not put any outlines around the figure to make it easier to erase mistakes.

Then drew his facial features and added some basic shading to create the illusion of form. A lot of time for coloring his hair and clothes was required to look realistic and add shadows to the background.

Draw a basic circle shape for the base of your Kamado.

Add a small circle on top for the opening and majorly thick circles for the sides of the Kamado.

Draw two triangles to create the feet of the Kamado.

Connect one arm to the other and draw two small circles on each side of the middle line to create hand shapes. The material used during Drawing Tanjiro Kamado is not costly, they are very cheap, and you can easily get it from any book store. The list is below you can check:

Have you ever tried drawing Tanjiro Kamado?

Now, with the help of this tutorial, you can!

Follow the steps from beginning to end and draw one of the most popular manga characters.

In this tutorial, we show you how to draw Tanjiro Kamado. Even though the tutorial was mostly focused on using the pencil tool, most of the techniques can be applied when using other drawing tools.

We hope you found it helpful, and if there is anything else you want to know about drawing, don’t hesitate to let us know in the comment section down below.

If you follow these steps, you should draw a Tanjiro Kamado in no time.

Do not be discouraged if your drawings are less than perfect in the beginning; with practice and patience, you will get better. Draw a Tanjiro Kamado! It can be difficult to find drawing tutorials for beginners, but at the end of this article, you’ll have everything you need to know about drawing a Tanjiro Kamado.