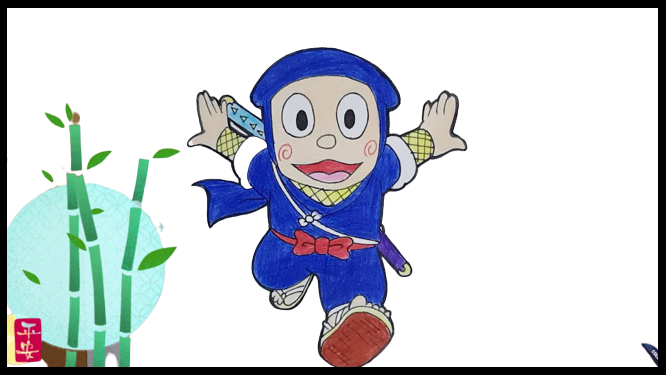 In this guide, we’re going to be drawing Ninja Hattori. Grab a piece of paper and something to draw with.

How to Draw a Ninja Hattori: Step By Step Guide

Everyone is at least a little familiar with the popular children’s cartoon, Ninja Hattori Hanzo.

Although the actual story of Hanzo is not real, the fictional character has become an inspiration for many people.

The popularity of Ninja Hattori has even led to comics based on his exploits and feature-length animated films and television series.

The first thing you need is to get a clear picture of what Ninja Hattori looks like. You can refer to the tv series or manga where he appears.

The only thing you have to remember when you draw this character is his costume and facial features.

I would recommend you sketch this character’s head first and then draw his body, arms, and legs.

I will also show you how to draw the eyes of your Ninja Hattori by using this simple guide.

Drawing Ninja Hattori is not that difficult, but you need to pay attention to each detail.

How to Draw Ninja Hattori Eyes

Most people do not know how to draw Ninja Hattori eyes.

Here are some easy steps to follow when drawing these complex eyes.

Let’s start on the center page with two large ovals for the eyes. 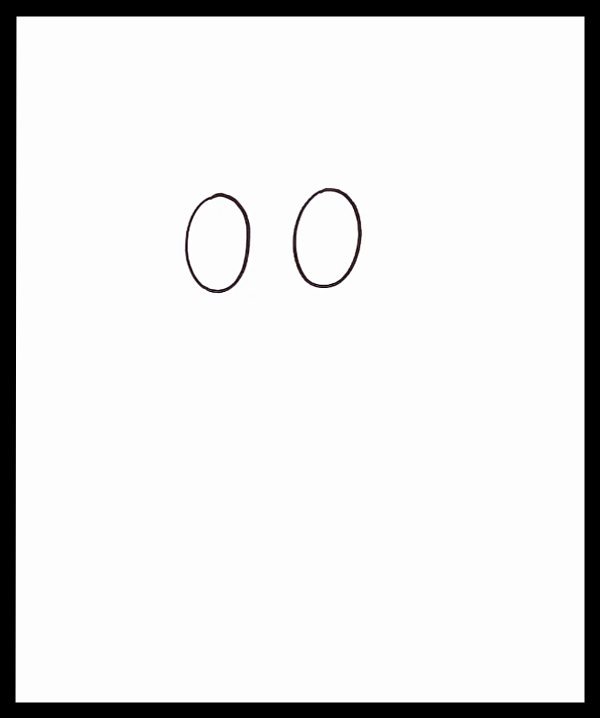 We got to see smaller roles inside the start on the top on another oval and do the same thing over on the right side.

Now let’s fill those in black; we’re going to learn about the bottom edge.

Now, I will draw the inner part of the eye inside the circle like this. 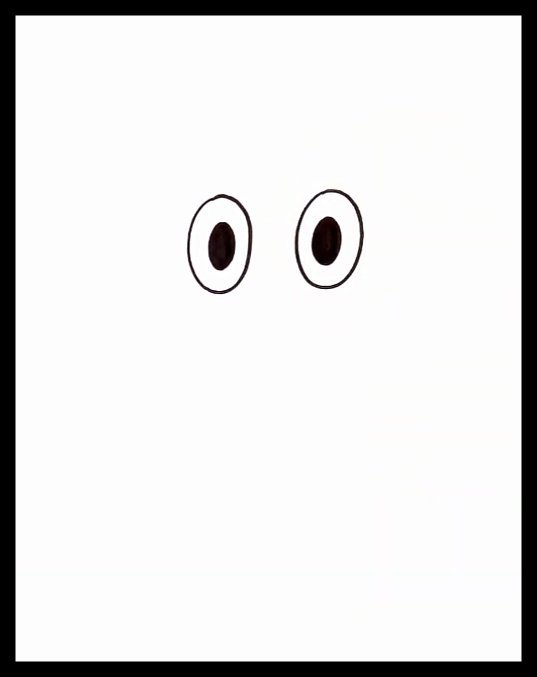 How to Draw a Nose 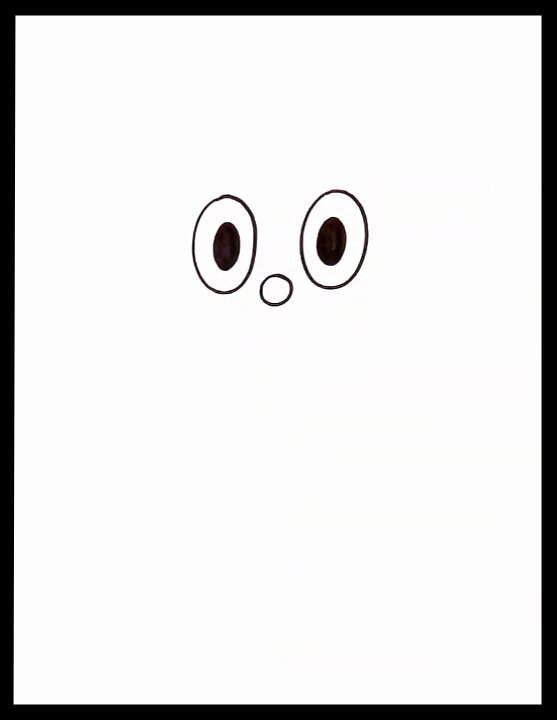 Now let’s move down and draw the top edge of the Mouth.

So below the left eye, we start with a curve going up. And then down on the right, that’s what a curl this up would blend into a curved point up towards the left side. And then the right.

The nose is drawn lower part of the Mouth. Starting with our side curves down in the middle and back up on the right.

Now let’s move down and draw the top edge of the Mouth.

Draw the lower part of Ninja Hattori’s Mouth by following these steps: 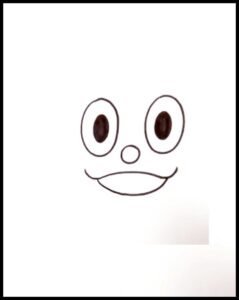 Drawing the tongue of Hattori is not as hard as you may think.

Here’s It starts with the outline of the Mouth.

Draw it very similar to the shape of a half-circle. Here’s a couple of tips to draw it just right.

To add the tongue from less, I will draw a curve going in the opposite direction, going up and then down like this way. 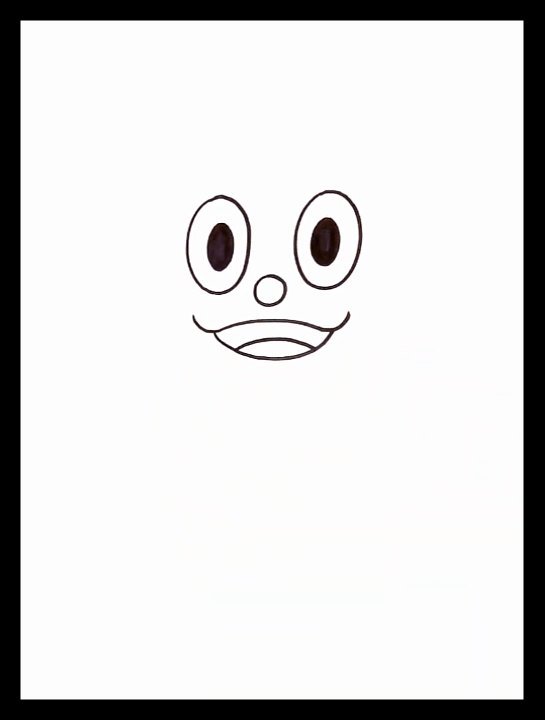 Draw the bottom edge of the head

Now we’re gonna move up above the eyes and draw the bottom edge of the head. So over on the left side, we will draw a curve going up and then back down on the right like this. 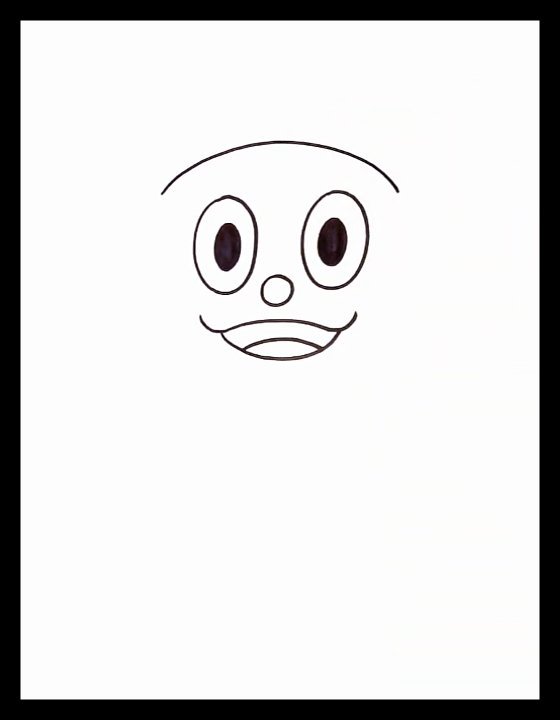 And now, we’ll connect these two lines with a curve for the lower part of the head.

So we’ll start on the left curve down underneath the Mouth. Pull that up on the right side in this way given below. 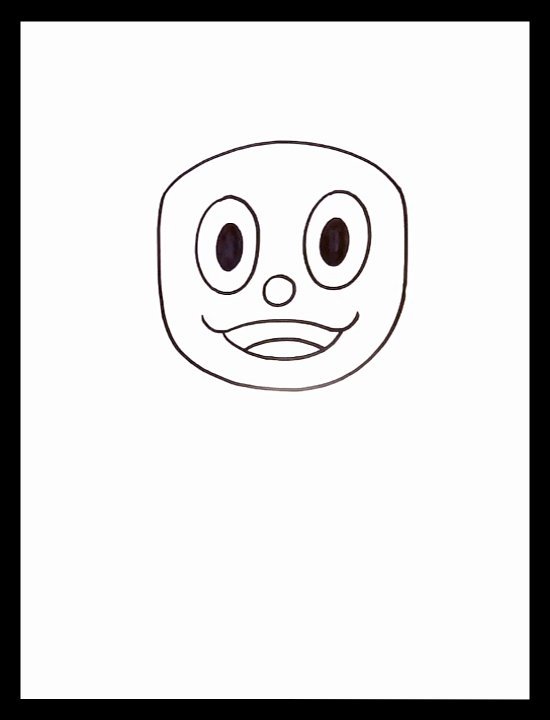 Draw Squirrels for the Cheeks

Let’s add the squirrels for the cheeks.

So we start on the left side up, down. That’s going to run this out and back down.

We’ll do the same thing over on the right side, starting just up above the corner of the Mouth up, down, and then back around. 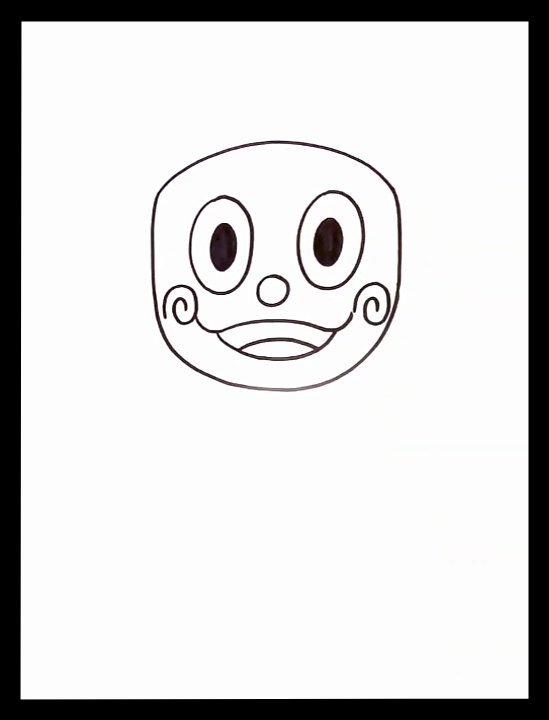 Draw side edges of the head

Now let’s draw the side edge of the hook on the left side; we’re stuck out starting here with a point that’s gonna blend down towards the bottom of the head in the left side and down and pull that in.

Let’s go over towards the right and do the same thing. 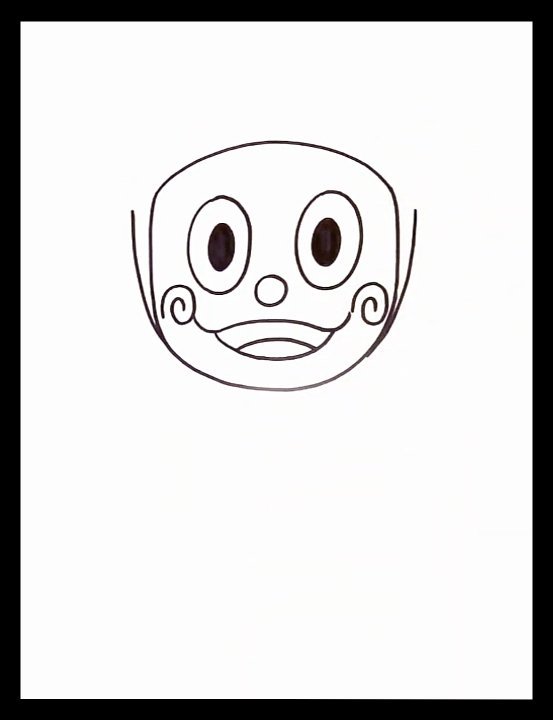 Now let’s round out the side and the top of this line; we curved down and backed up.

This couldn’t work a way around to the top and back down over towards the right up. B

ring that down towards the right. Right here want to do the same thing we did on the call this around and then back up. 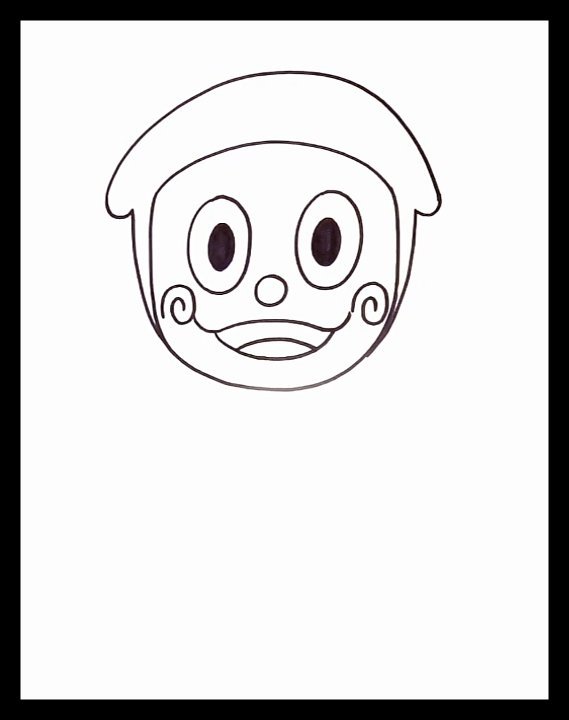 Alright, now that we finished the head, let’s work our way down the body.

Side of the body

We start on the side of the body first.

So over on the left side, just underneath the head out and down towards the hip, is lined up on the right-wing, going the opposite direction. 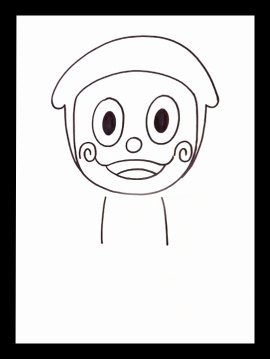 Now let’s draw on the bow from the top corner, out and up.

On either side, I’m going to come down and curve in the opposite direction, down and then from the ends want to come around and then in and down.

Pull that in from the bottom and pull that in toward that centerline. 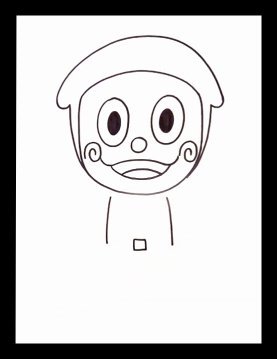 Outside of the knot, who’s gonna curl up and out.

We’ll stick the bottom of the belt in behind the boat.

Stunning upside down and in. We have to step up and draw that twice. 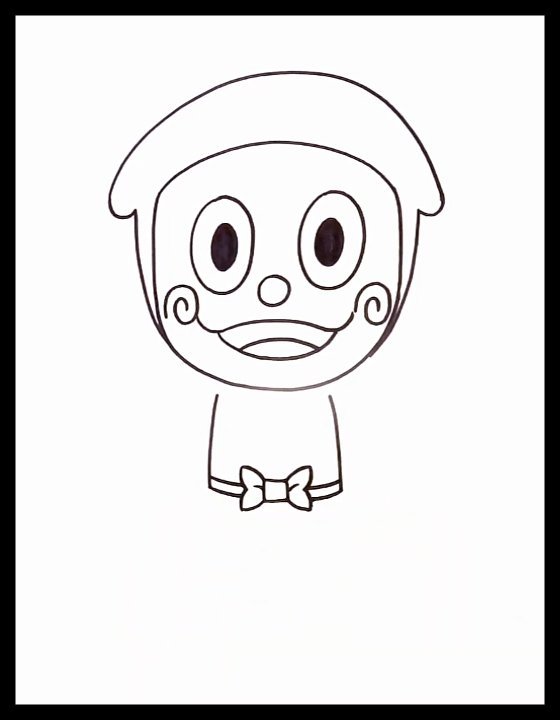 Now we’re gonna draw that strap that curves across the body, but we start with a bow over on the left side to start with a circle.

Now, tuck that in on the bottom left with a curve around it. 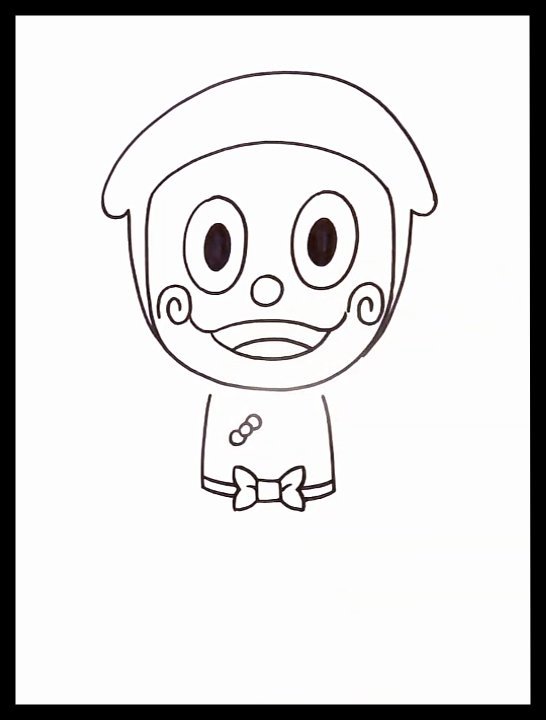 We go to the top of the center circle, curve up, around, feet then back in from the top of the circle out, up underneath the head, and come down with the curly off structure come down, out towards the right, You have to just want to trace this out just below. 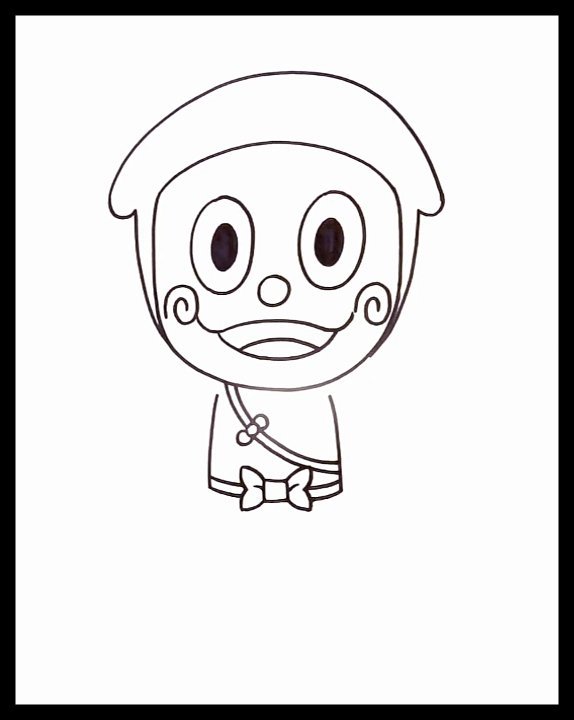 Now step down, start with a point.

From here, we’re going to angle up and out toward the left and the right; I just want to trace this out on the outside.

So we’ll step out and down toward the middle and then back up.

That’s it, add that texture, and get two angled lines coming down. 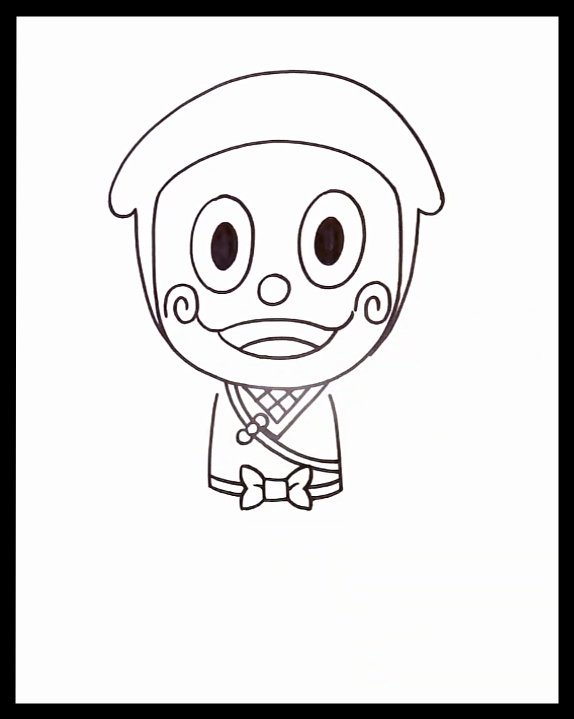 Now let’s draw the arms restarted about halfway down the side of the body. So right here we are out and down towards the wrist, line this up on the right, and do the same things on the left. 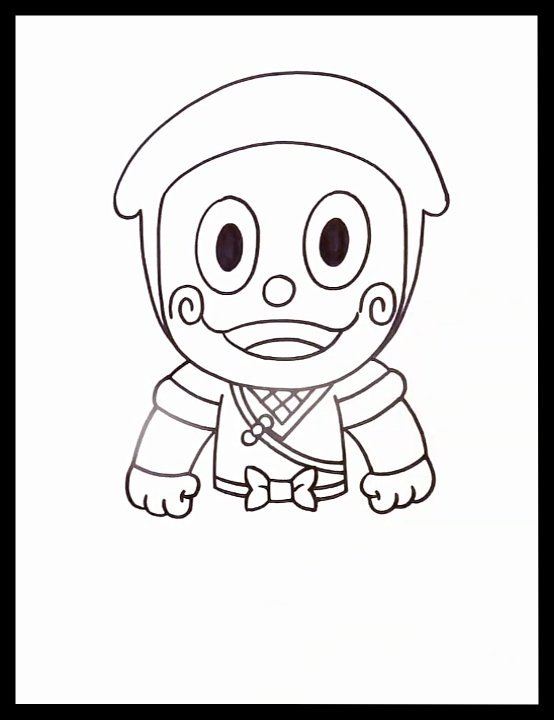 Alright, now we’re going to continue working with the legs in the center; we’ve stepped down the short door line going across the middle.

Now leaving a gap in the center, we’re going to go to the left side, and we’ve come down, we’ve been out towards the left, step over towards the right, and we’ll do the same thing.

Now let’s move back up to the hip and draw on the side of the leg.

I’m just gonna pull this in, aiming towards the inside line when the gap in the center is the same thing on the way out in this way the picture given below. Starting on the left would have been our leg. 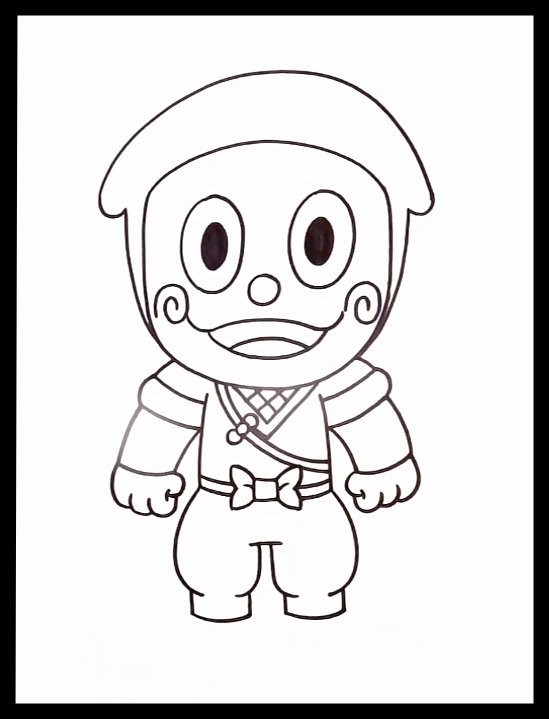 Now we’re going to draw on the feet straight inside of the leg to round off the foot and pull that up in this way. 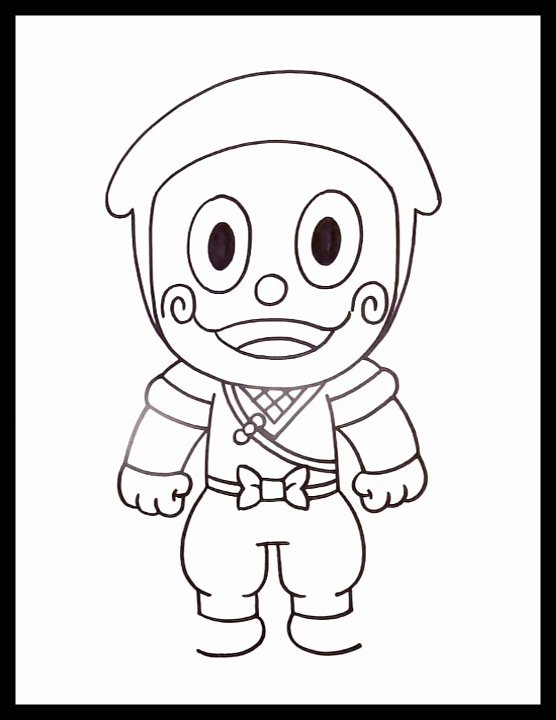 Draw the Toes of Feet

Starting here, we draw onto the large seat all the way around.

Now we’re drawing the first toe. The same thing on the right foot by starting angled two more toes on either side. 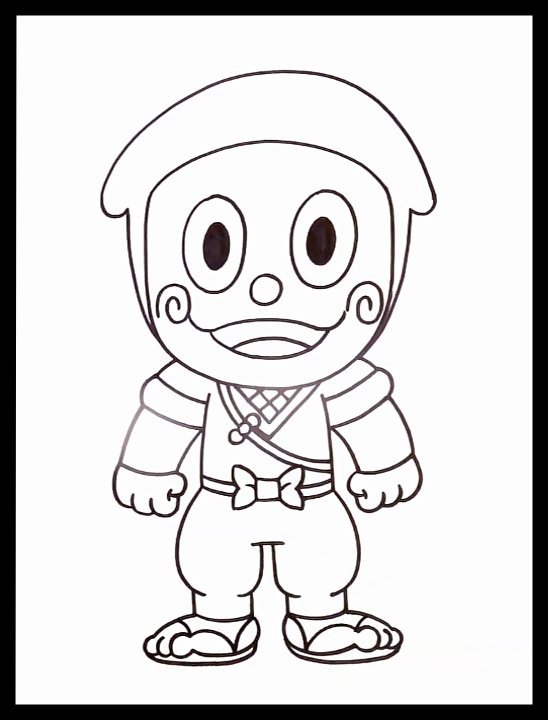 Draw the Sword at the back

Now the last thing we’re gonna do is add this Sword across the back slit stone on top of the left shoulder to draw a straight angled line going up and out. 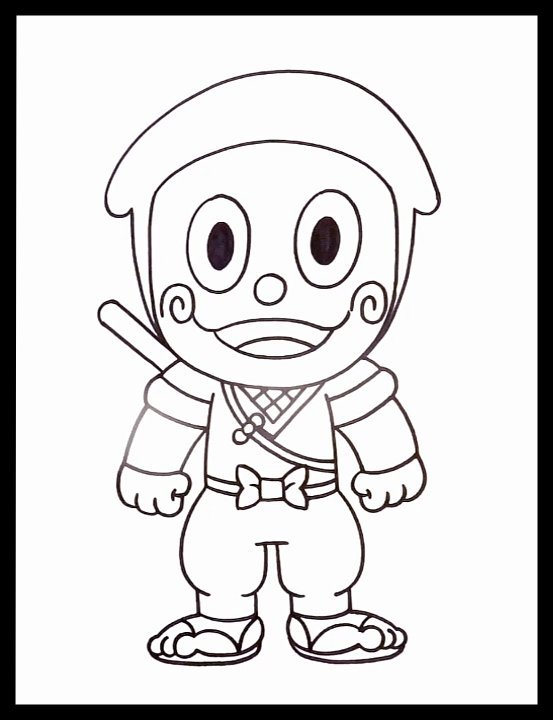 Round this out and pull this back in. And we’ll follow that same line going up in behind the hand & behind the body. 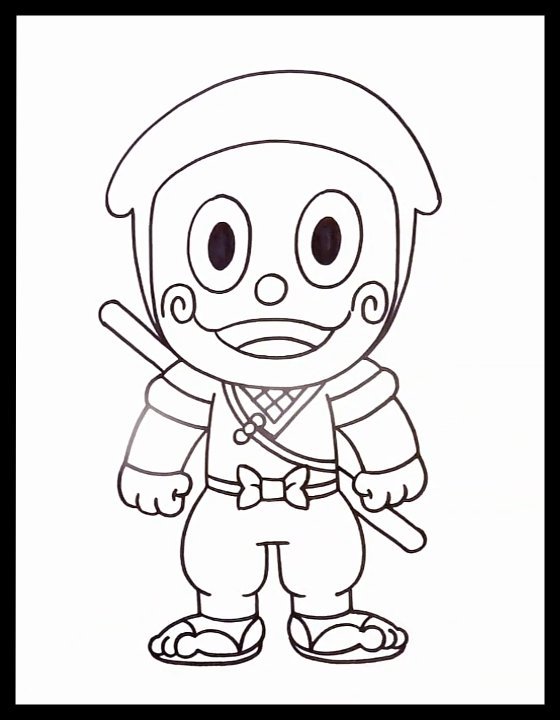 One final thing we want to do is look at the sleeves’ texture for the left sternal side, starting with an angled line coming down to the gap. 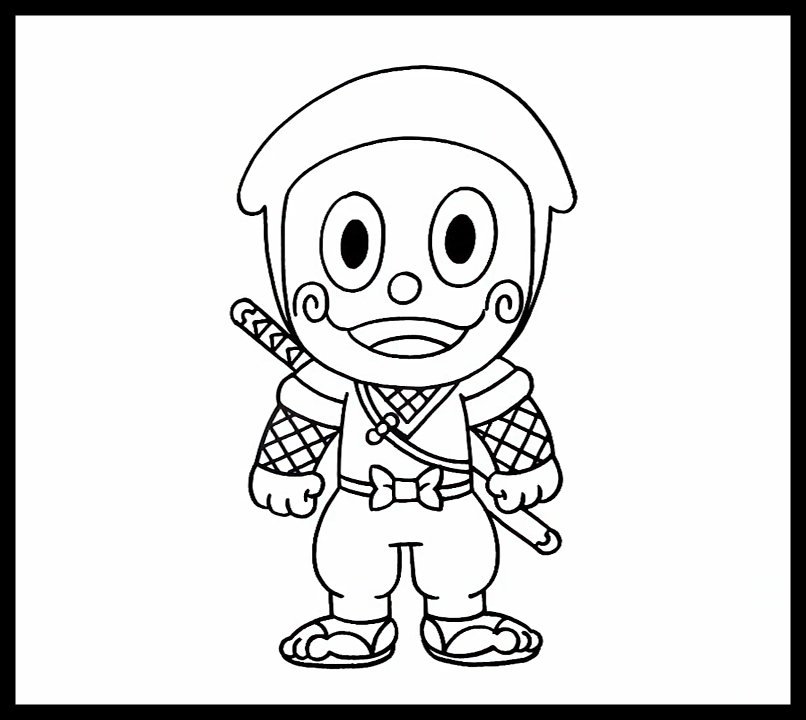 And here’s the final picture of Ninja Hattori we’ll get. 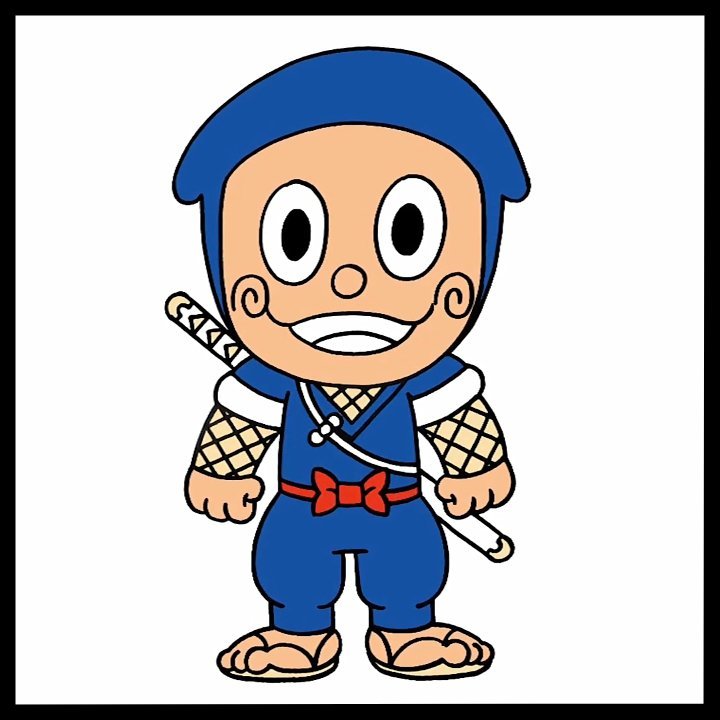 A ninja is a special fighter who fights in the shadows and uses stealth and surprise to his advantage.

While he doesn’t use weapons, he is one of the most feared fighters in history.

Ninja Hattori is one of the best examples of what a ninja can do when it comes to drawing.

Many artists have used Ninja Hattori as an example, especially for those who want to draw their ninja characters.

If you’re interested in learning Ninja Hattori drawing, this tutorial should help you get started on your way!