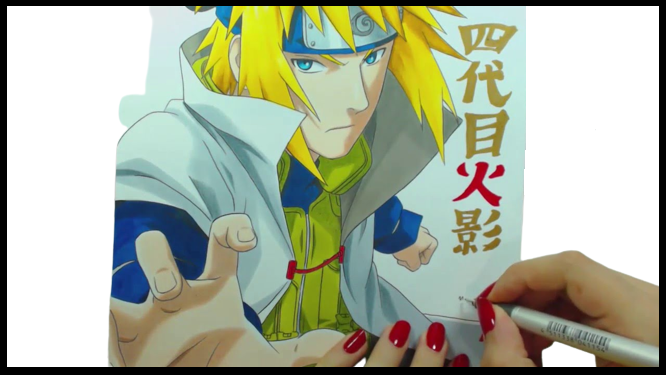 You can use any paper like A4, Letter or anything you like, some tips before you start drawing Minato Namikaze is to make sure your hands are clean, find a nice place and time to do your drawing, so that you won’t get bored or distracted to break your concentration.

How to Draw Minato Namikaze (Step by Step Drawing Tutorial)

A4-size plain paper, a pencil or a pen, a ruler, and an eraser.

A digital coloring software is recommended.

To make your drawing as perfect as possible, it’s suggested that you use any references available (front view, side view, and back view) when drawing Minato Namikaze’s head or body.

You can also print out our character sheets if they are available; otherwise, simply write down his physical features on a separate sheet of paper.

With a reference photo as your guide, take your time measuring and drawing a perfect circle.

Use any drawing tool such as a pencil or pen for easy tracing.

Take note that Minato Namikaze is a great ninja and thus has powerful muscles which are well-toned.

His head’s circumference should be bigger than his neck, similar to how people often draw Goku from Dragon Ball Z or Naruto from the Naruto series. 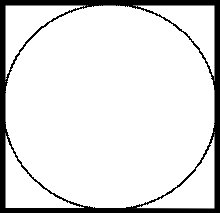 The horizontal line should be near where you just drew that arc.

If you can’t tell which side is up, draw a smaller circle inside to help you see where up is.

You might also try holding your pencil up against your nose and looking at it through slightly squinted eyes—this should help you gauge how far apart your vertical lines should be.

Add some lighter marks for subtle shading, but don’t overdo it! 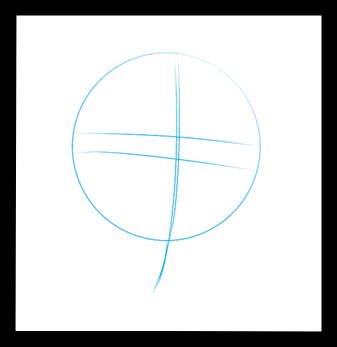 Using a ruler and pencil, draw a straight line down from each side of your head, just beneath where your ears are.

To make sure you’re drawing straight lines, use an imaginary horizontal line as a guide.

If you need more guidance on drawing circles, you can find it here.

Notice that there are tiny arrows at either end of her nose?

Those are important—they mark out where her nostrils go. 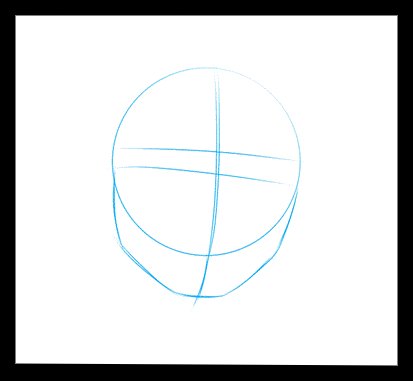 Using a 3B or 4B pencil, lightly sketch out your character’s hair shape.

The important thing here is that you establish some sense of volume (i.e., making sure all parts of his head are curved and it’s not flat).

Having just three points will suffice one on top and two on each side near where they connect with his ears in the next steps.

As you’ll see in steps 2-3, most of his hair will be done in large curvy shapes, so having a good sense of volume beforehand is important!

If you are not sure about how to draw spiky hairs for Minato, start with a circle.

Then draw a series of spikes on it.

The size of each spike varies from bigger at its base and smaller at its tip.

Keep drawing spikes until you have covered most of his hair.

For additional details such as sideburns, beard, and ponytail at back, repeat a similar process on each area again but vary your line style. That’s how you can easily draw spiky hairs. 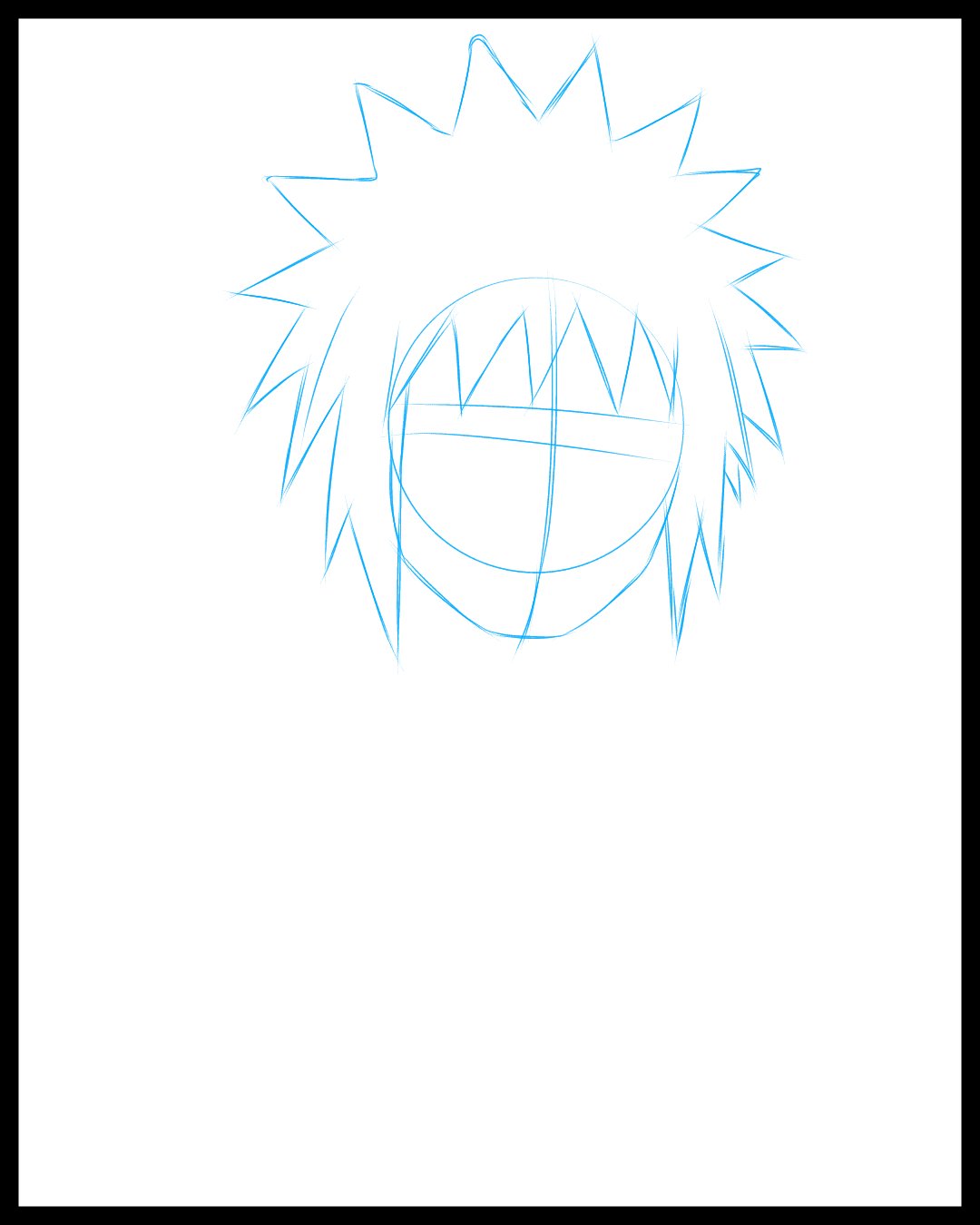 The neck and shoulders are often overlooked when beginning a drawing, but these areas must be correct, or else an image looks distorted.

So even if you’re not an expert on drawing necks and shoulders, it’s important to understand how they should look.

When trying to draw Minato Namikaze or anyone else who is human, start by sketching in his neck; add one line for each shoulder that goes from one side of his neck to another.

Make sure that his head is tilted enough so that you can tell where he’s looking in your drawing.

Finally, sketch in a line for where his body connects with his torso so that he appears as proportionate as possible; at least do something rough like adding circles. 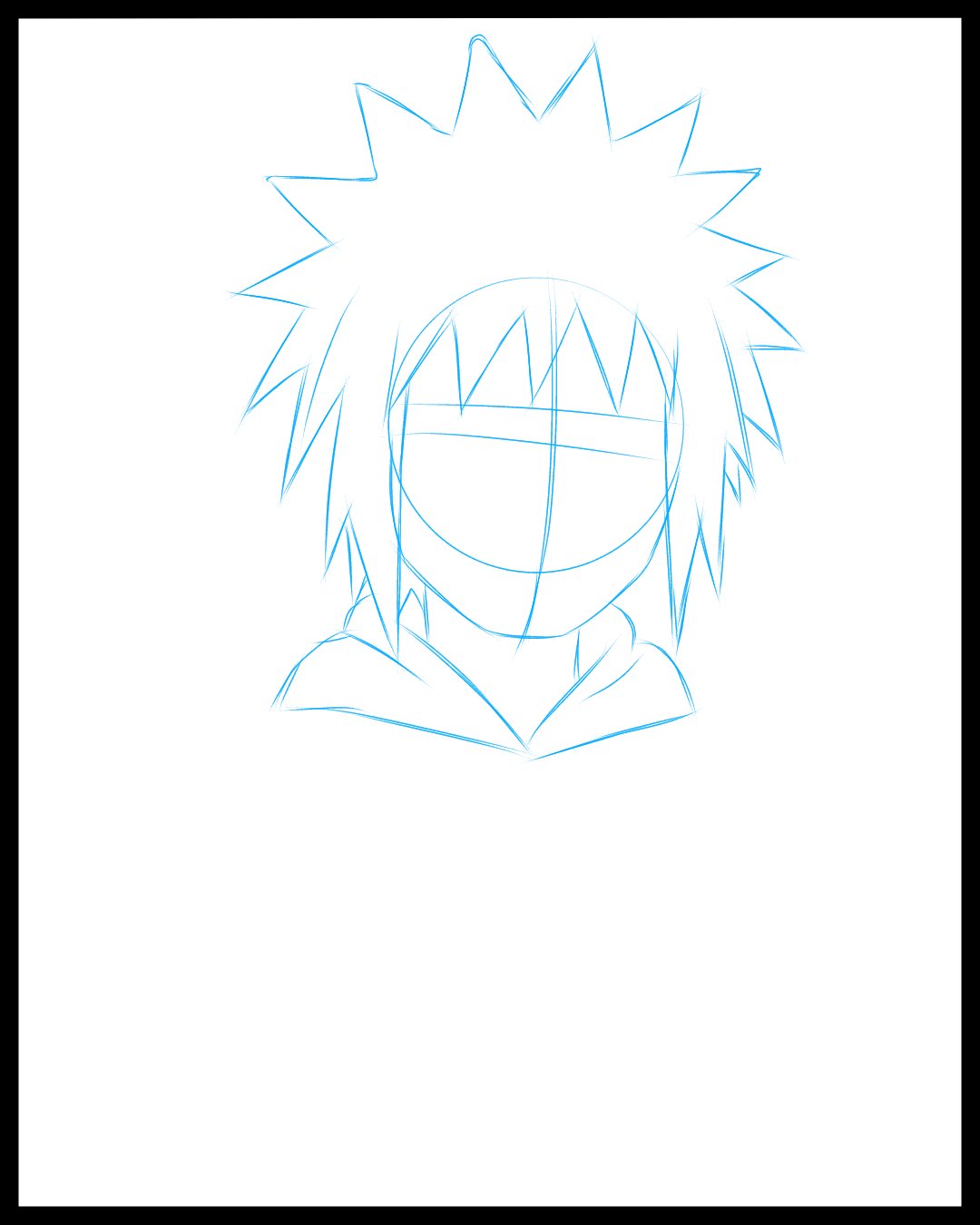 Most people are right-handed, so drawing is easier if you start with your right hand.

Start with a circle and dot it in at each of its corners; these will be your joints.

After that, draw two lines curving out from each side of his middle finger as well as one line coming out of his ring finger (you may end up having to erase some lines later when you’re done).

Now, follow around those curved lines and continue them down into straight vertical lines until they meet with your first outline.

This will serve as a rough shape for where Minato’s hand will be. From there, just keep refining! 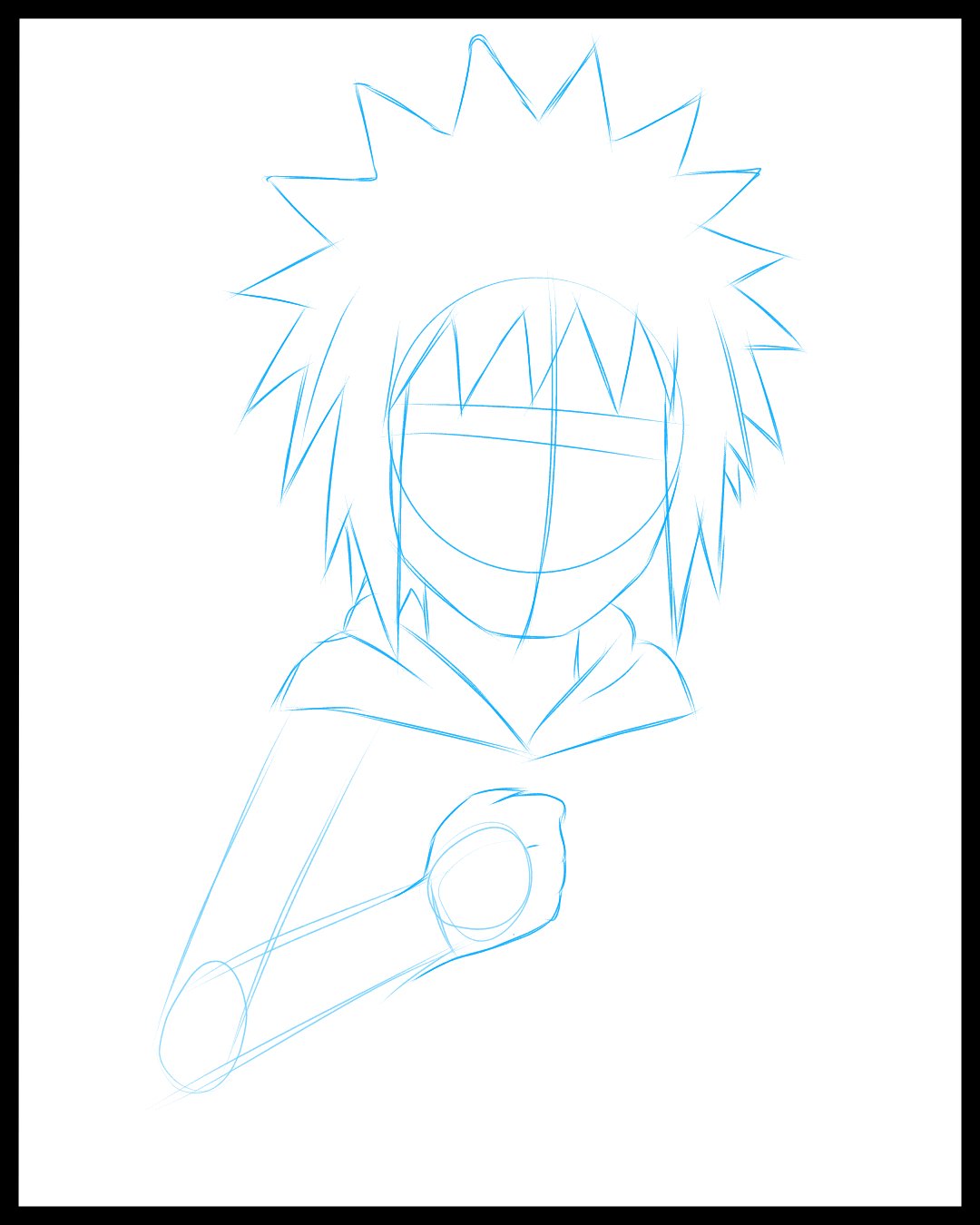 When you are drawing a character that has clothes on, the first sketch out the shape and form of your character.

Next, lightly sketch in his/her clothing over top of their form.

Once you have completed drawing their clothing then you can shade in their outfit.

When drawing a character’s clothing, you must draw, everything as though it was transparent (if it were see-through).

Make sure all your lines are light and crisp and don’t darken any lines until you have drawn them all!

Now take a look at my example below on how to draw Minato Namikaze’s clothes. 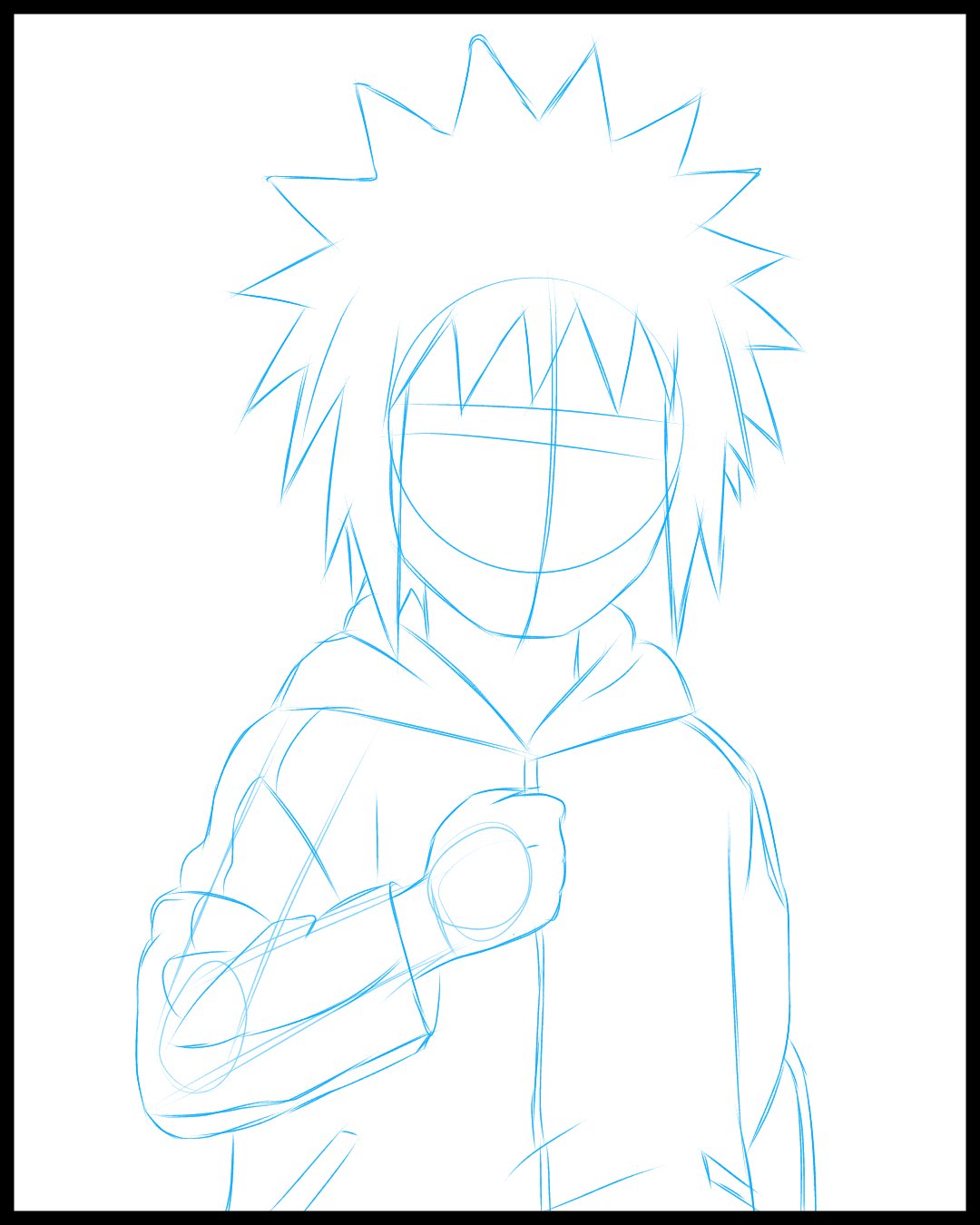 Once you have settled on a pose that you want your drawing of Minato Namikaze to portray, sketch out some eyes.

You can even do them first if you want because they will be very simple.

Just make sure they are big and show that your character is paying attention. If his eyes are large and spread apart, he should look intelligent.

Smaller, closer together eyes suggest that he is more of a laid-back character who isn’t as concerned with what is going on around him as his larger-eyed counterpart would be.

Now, there’s nothing wrong with characters like these in anime-style drawings!

We’re just using it as an example of how different eye sizes can give certain characters certain personalities or traits if you will.

The eyebrows are simple.

To draw them, follow a straight line from the top of his forehead down through each side of his face.

Eyebrows should be roughly an inch long.

His eyebrows should be thin, but not too skinny and definitely not shaved off or hairless, since he’s a male.

They should also extend all the way down into an inverted ‘v’ shape and then connect onto both sides of his nose for about half an inch on each side before trailing off and fading out into nothingness.

When drawing Minato’s eyebrows it is important that you keep them extremely thin, almost non-existent if you will. 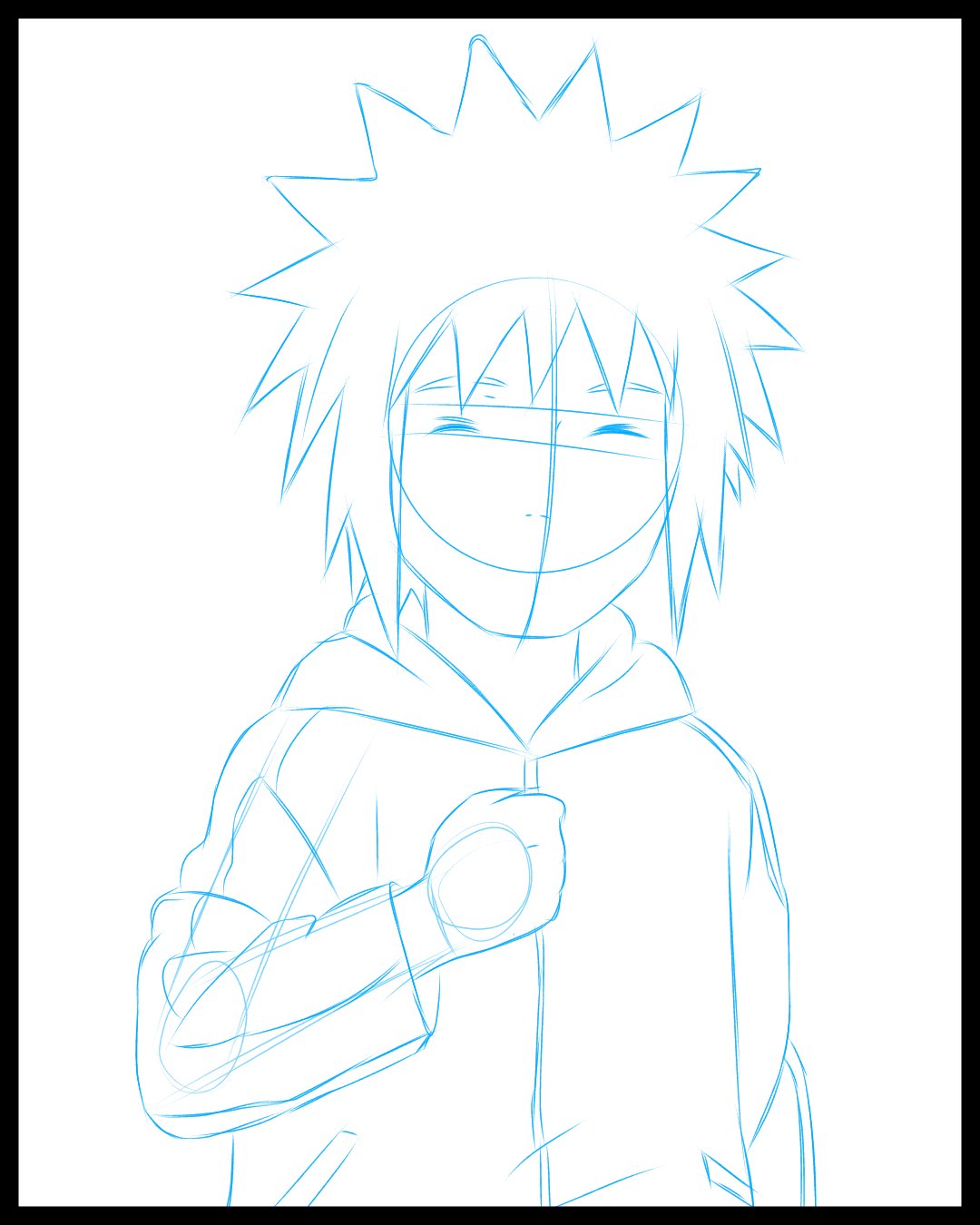 Slightly round out each circle and then add a horizontal line through both of them, extending beyond either end slightly.

Below these new shapes, draw an angled line beneath each circle that starts at one edge and ends at another on both sides.

Lips are easy enough to draw and aren’t all that different from drawing a circle, especially if you keep things simple.

You can begin with two circles of differing sizes, one for each lip.

Then, simply fill in your circles with lines running vertically for your upper lip and horizontally for your lower.

Next, round out both lips into ovals.

Lastly, add any additional details such as shading or a more defined curve at your bottom lip’s corners. Then you’re Done! 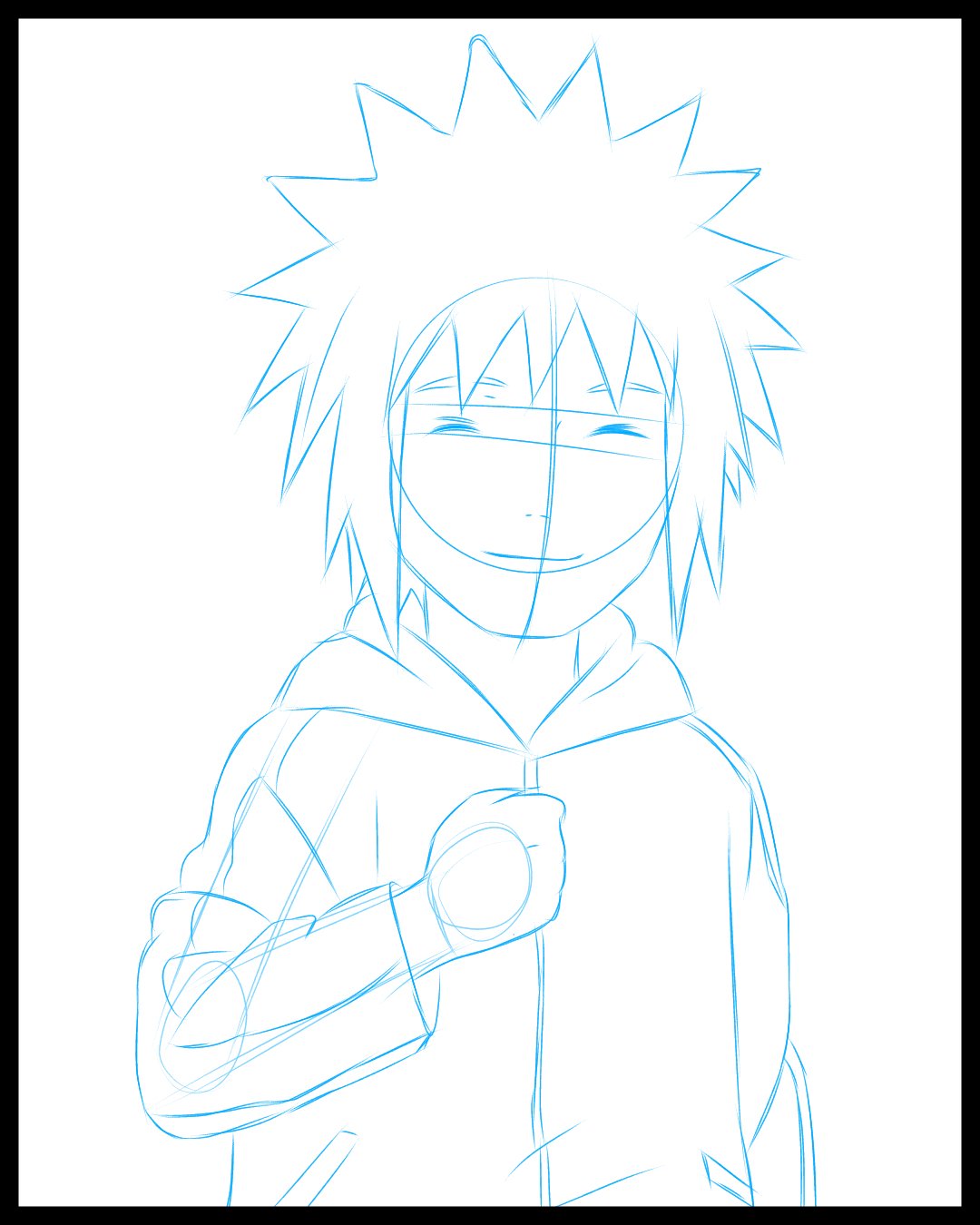 Make sure you aren’t making any unnecessary guidelines.

Don’t be afraid to erase and redraw them, though; adding more is better than not enough!.

When The first time you draw a character it may take some time for you to figure out where all of your guidelines belong, but after that, it will become second nature.

Also, remember that sometimes erasing something can improve upon an idea; if you feel as though something doesn’t need any more guidelines or simply makes things too complicated don’t hesitate in removing it! 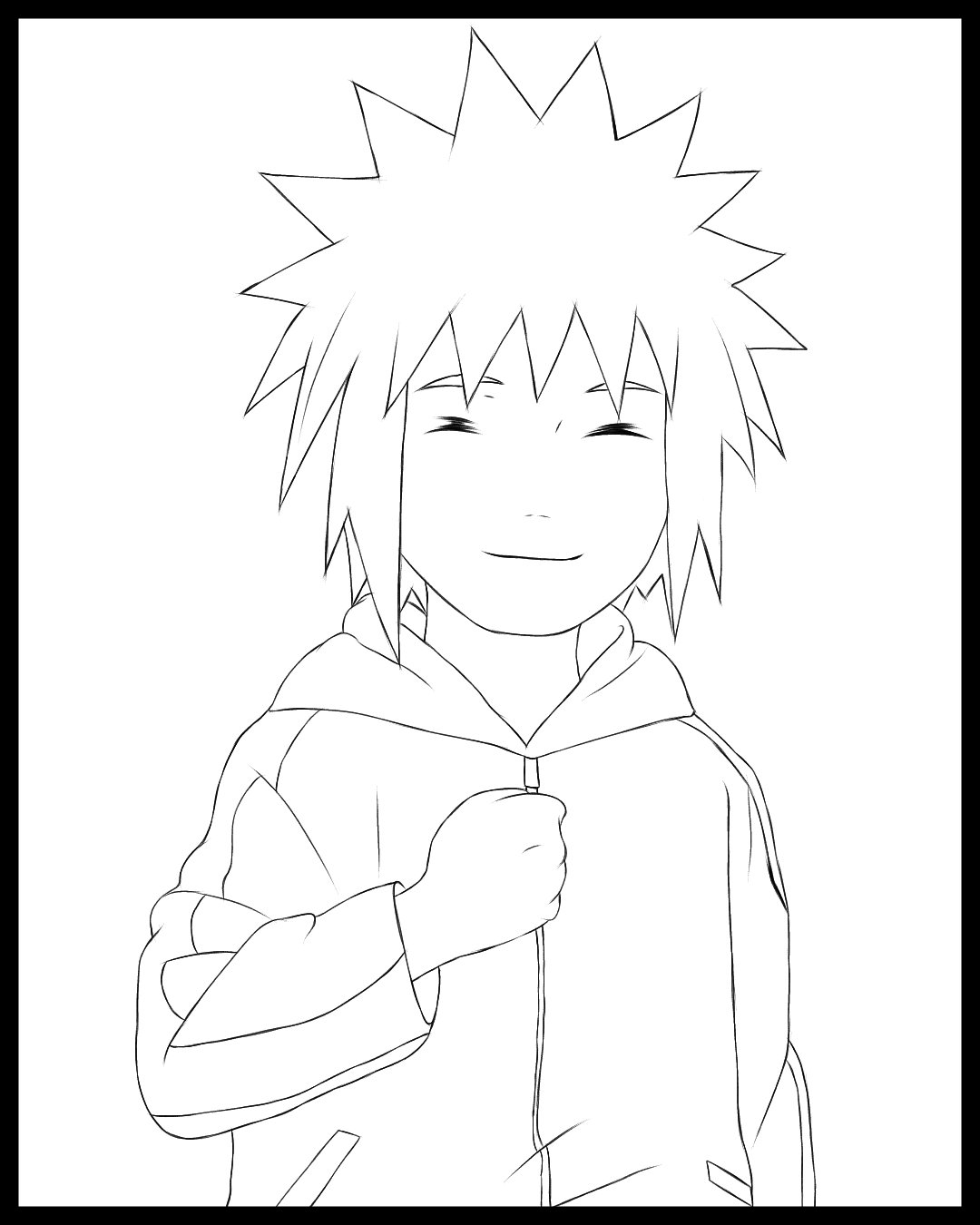 In any drawing, color is one of your most powerful tools.

The mere addition of color can drastically change how your audience feels about a subject.

For example, bright colors like red and orange are energetic, whereas blues and greens are more serene and peaceful.

Experiment with different colors until you find a good fit for your subject’s mood.

This article provides a step-by-step guide on drawing Minato Namikaze from the manga and anime series Naruto.

If you are a fan of the series, or simply wanna learn Minato Namikaze drawing, then this is the perfect tutorial for you.

Leave a comment below if you have any questions or feedback.