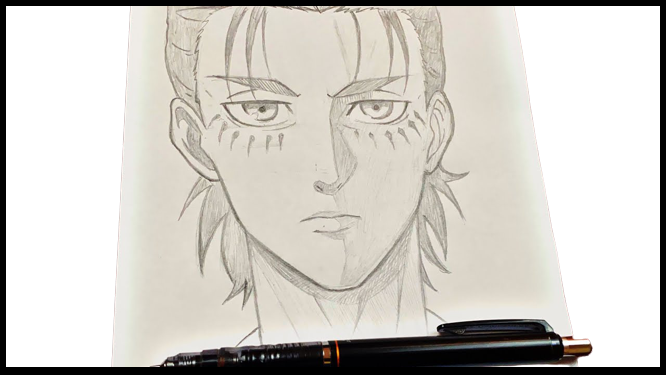 Learn how to draw Eren Yeager From Attack on Titan & Eren Yeager Titan Form with us. Support us by sharing our content.

Survey Corps had a preceding member who is Eren Yeager. He was working as the main advocate of Attack on Titan. Before the fall of Wall Maria, he was living in District Shiganshina with his parents. This was where he saw his mother eaten up by a Titan.

After seeing this event, he took swear to remove titans and their names from earth to give this land a peaceful atmosphere.

After some time, Grisha Yeager, his father, spotted him and told him to open the basement by giving him the key to open it at every cost and take Wall Maria back. His father injected him with that Titan serum.

Armin Arlert, Eren, and Mikasa Ackerman, in the year 847, connected the 104th training corps. At the time of battle Trost District, they three got their bachelor’s degree and then connected with Survey Corps and obtained the rank of 5th best.

When got successful in finding his father’s basement. He came to know about the memories that were locked in that place. Eren discovered the truth of titans, who they are, and where they come from.

He also came to know about the past of Marley and Eldia.

Eren was desperately determined to remove enemies from his home.

He wanted to save the remaining humans from titans that lived across the sea.

Eren had powers of three titans. First of all, he got the power of titans from his father genetically. He also obtained the power of War Hammer Titan when he ate the sister of Willy Tybur in her teenage.

He belonged to a youth having normal height, and by muscles, he was also normal. He was not the type of a bodybuilder. His face matched his mother’s face. Like most of the face features of Eren matched to her mother. He had a normal size long, circular face and eyes in normal form and had the grey color of eyes. He had short hair, black. He had bangs of hair naturally that covered his forehead and looked like a curtain. When he was practicing as a soldier, and after the completion of practice, he gained a very good physical look. He looked like a bodybuilder. But all of this hide from the people because of the clothes he was wearing, which were very loose. After 4 years had passed, his hair grew below the neck.

When he converted to titan, his height increased and reached more than 15m, the original height. After his sudden transformation, his hair became longer. Not only his hair but also his ears and tongue became long. His facial features changed like his face shape converted to a saggy shape. There is a lack of flesh and skin on his mouth because of which his teeth appeared. His eyes gave a look that they sank in the sea like their outer edge, which means the size of the eyes became so small. He obtained the feature to shout and roar in his angry, sad, and excited mood.

Follow the link if you wanna know further regarding Eren Yeager we approximately begin the sketch. Draw lines smoothly. We can make a neat sketch after a rough draw. Begin the sketch with a circle. Make a cross which helps in giving the direction of the character.

You have to make some basic shapes to form the rough sketch. Draw a circle to make the shape of the face and head. Now draw a rough outline and shape for the torso. However, sketch to make the facial expressions to give it a direction. Draw a rough line to give the body shape and neck shape. 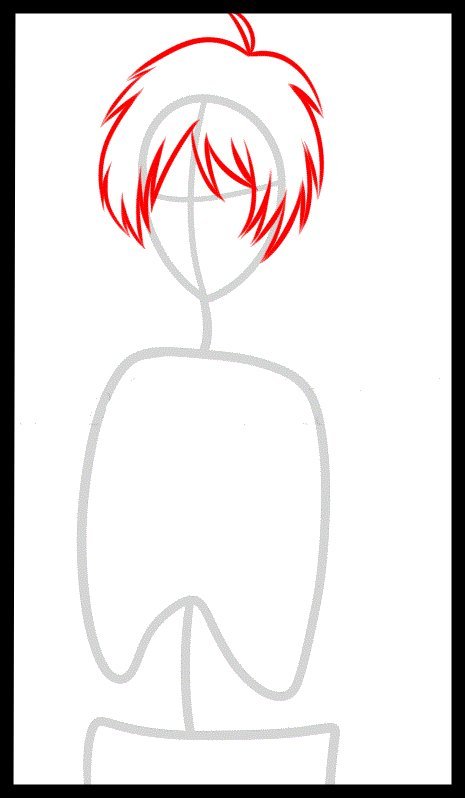 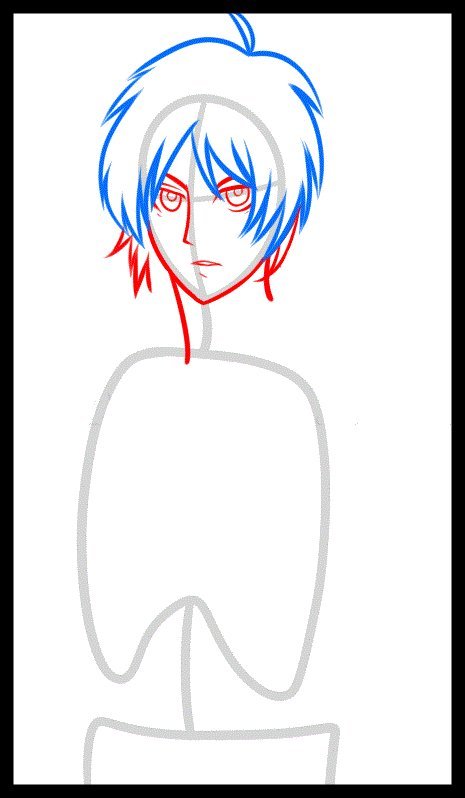 Now in this step, you have to sketch the whole face roughly. Like, give an exact shape to the face to indicate the direction. After this, you have to draw eyebrows, nose in a sharp and tilt slide form, mouth, lips, and eyes. Complete this step by sketching hair and neck in a suitable state. Now, this is the step where you have to shape the body. We have to shape the torso by sketching a jacket that covers the body. At first, you have to draw the collar of the jacket, draw shoulders, and then adjust the length of the coat. Make jacket flaps at shoulders that give it a nice and cool look. After giving it a rough look, you must adjust fabric drapes by looking at your wardrobe. This step refers to drawing the jacket’s sleeves in a good manner. Also, give some creases molds and cover arms with sleeves. After sketching this, draw pockets and patches. Also, add some strips to the pocket to provide an amazing and cool look. This step finalizes your sketching of this anime character. Set the shirt and also the collar line. You have to add some points like folding and crushing lines at the fitting edge of the shirt and near the waist. Now give it to the final touch, draw hips and belts, and complete your sketch by setting them. This is the final and clear sketch of Eren Yeager. Now, this is the time to fill colors.

To fill colors, it is mandatory to make the outline with any color marker like black or use a pencil to fix the lines in the correct order.

So now, this is the final touch. Clarify the lines smoothly in any sequence you want. I use two colors to make a sketch. For a rough sketch, draw through a pencil, and for the final touch, use a black pen. Because of this, it will be easy for me and save your sketch from any other mess.

Now, I have to add some bends to the clothes part. Just see your wardrobe or clothes that you are currently wearing. Now, see how your clothes look like mean drapes in your fabric.

Suppose you are interested in making mangaka heroes and designing your character. You have to sketch Eren Yeager many times without seeing it from comics, websites, or other images. After every attempt, you must verify your sketch with the original one and correct all your mistakes. You have to do this thing till you get satisfaction from your work. The original one and the one you sketch are not completely the same. You just have to design the important shapes like the original one. By using this technique, you will easily become successful in making the mangaka characters and saving them in your memory.

You have to draw the characters very passionately!

You have your suggestions. So, if you want to change colors, it is totally up to you. I add some highlighter or shiny colors to make the iris, eyelashes, cheek, and nose attractive. I also added some changes like the dark red color strips I transformed into multiple layers and smoothly drew shadows. I also set her hair again that give a smooth look. In this article, you will know about how to draw Eren Yeager. You will come to know about his history. His personality and appearance before and after the titan attack. If you want to draw his sketch, then, you will have to benefit from this article because it provides a step-by-step way of making the sketch. I hope you will enjoy it!