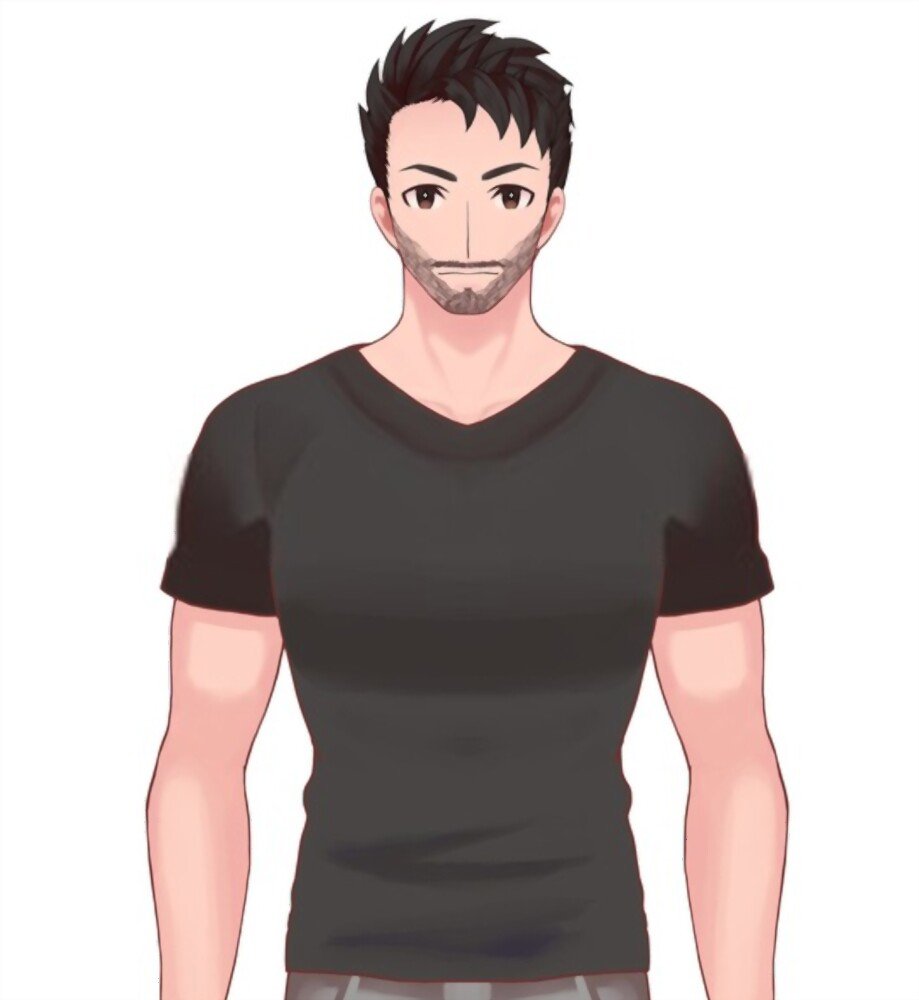 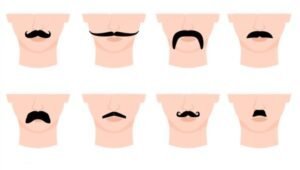 This shows you how to draw beards, mustaches, and sideburns in anime style. A certain form of facial hair, like other facial traits, can accentuate a given type of personality. 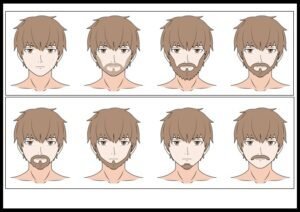 Drawing anime or manga-style facial hair may be done in various ways. Some of the most basic and simpler examples are covered in this session. It’s especially beneficial if you’re a new artist. 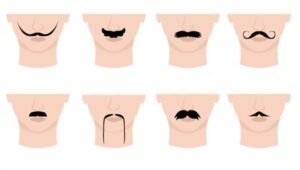 The Common Shape of Facial Hair 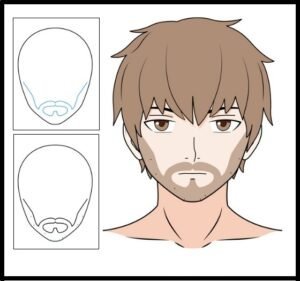 It’s important to grasp the overall structure of facial hair before drawing a beard or mustache. 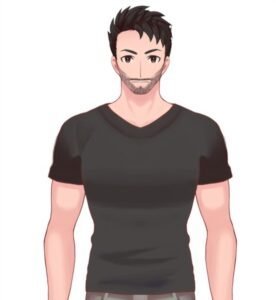 While the form of facial hair might vary, we will focus on a more common type for the sake of this article. Facial hair grows down from the sideburns, with some hair on the cheeks, as seen in the figure. The hair then curves over the top lip and descends from the nose. The hair then grows down from the bottom lip to the chin, with some open regions on each side of the lips as it approaches the bottom.

To create a complete beard, start by sketching the overall contour of the hair, as seen in the preceding example. After that, you may begin to project the hair downwards and create some branching-out clumps at the ends. Then, draw the clusters pointing in different directions for a more natural effect. 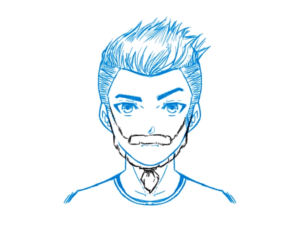 This facial hairstyle might be appropriate for a character who has spent some time away from society in the woods.

This facial hairstyle has shaven cheeks and is shorter than the preceding sample. It can give a character a more “manly” and more “refined” appearance.

To design this facial hairstyle, first sketch out the overall outline (but without the cheeks) and then project it downwards. Then, on the ends, make a few tiny clusters. 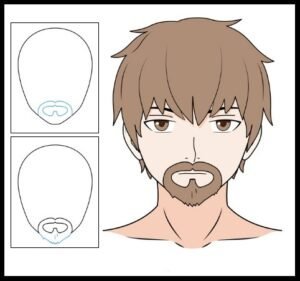 This beard and mustache offer a character a more refined appearance, similar to a doctor or scientist.

To design this facial hairstyle, start with the overall contour of the top half of the hair and project downwards, as in the previous instances.

Drawing an Anime Beard With Sideburns 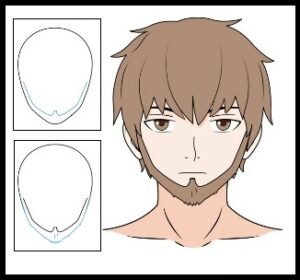 Like a monk, a beard with sideburns may give a figure a more “spiritual” appearance.

You may leave the beard and cheek regions “blank” while drawing this hairstyle. Instead, draw the beard’s sideburns and the area where the facial hair grows down from the chin. 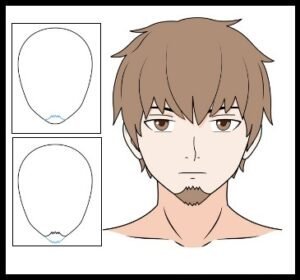 A goatee is a simple scruff of hair at the bottom of the chin that is pretty straightforward to draw. It’s frequently seen on “delinquent” characters in anime and manga. 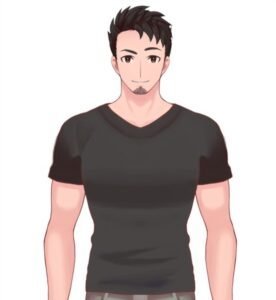 Draw the hair flowing down from the lower lip but not touching (leave a lot of space) and spreading outwards as it travels down to create the goatee in the illustration above. On the ends, make some light clumps. 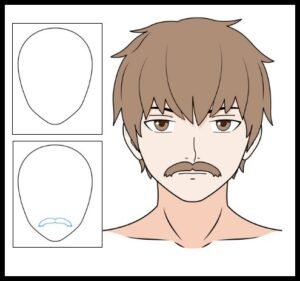 Mustaches similar to the one shown above are uncommon in anime and manga, although you may find them on characters with retro-style motifs. 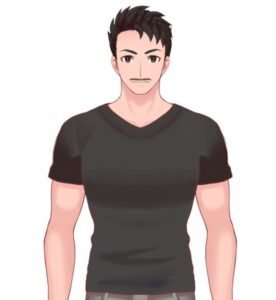 Draw a mustache below the nose and allow some space between the mouth and the mustache (this is where the upper lip would be, but lips are often not drawn in anime). As well as the hair, You may even have a mustache that covers your mouth if you desire a mustache with longer hair.

Drawing anime face hair isn’t difficult, but there are practically infinite variants, just as there are with actual hair. This article covers the essentials, but if you need more guidance, you can always look at other artists’ work or real-life examples of hair.