You can draw Haku in many ways, but I will be taking you through the best way of drawing Haku and his dragon from Spirited Away.

Haku is a character from the anime Spirited Away.

In the movie, he’s depicted as a dragon who has been turned into a human by an evil witch.

He’s a caretaker for the bathhouse and is initially cold to Chihiro because of her gender, but he starts to warm up after Chihiro helps him regain his memories as a dragon.

Haku had a great power to fly in the sky and could make anything big or small.

In this article, you’ll see the best ways of drawing Haku from spirited away using our characters guide. This article will help you improve your drawing skill.

Haku drawing | How to Draw Haku from Spirited Away (Easy Guide)

You have to begin with the pose, this first step will guide you as you draw while being conscious of the posture. 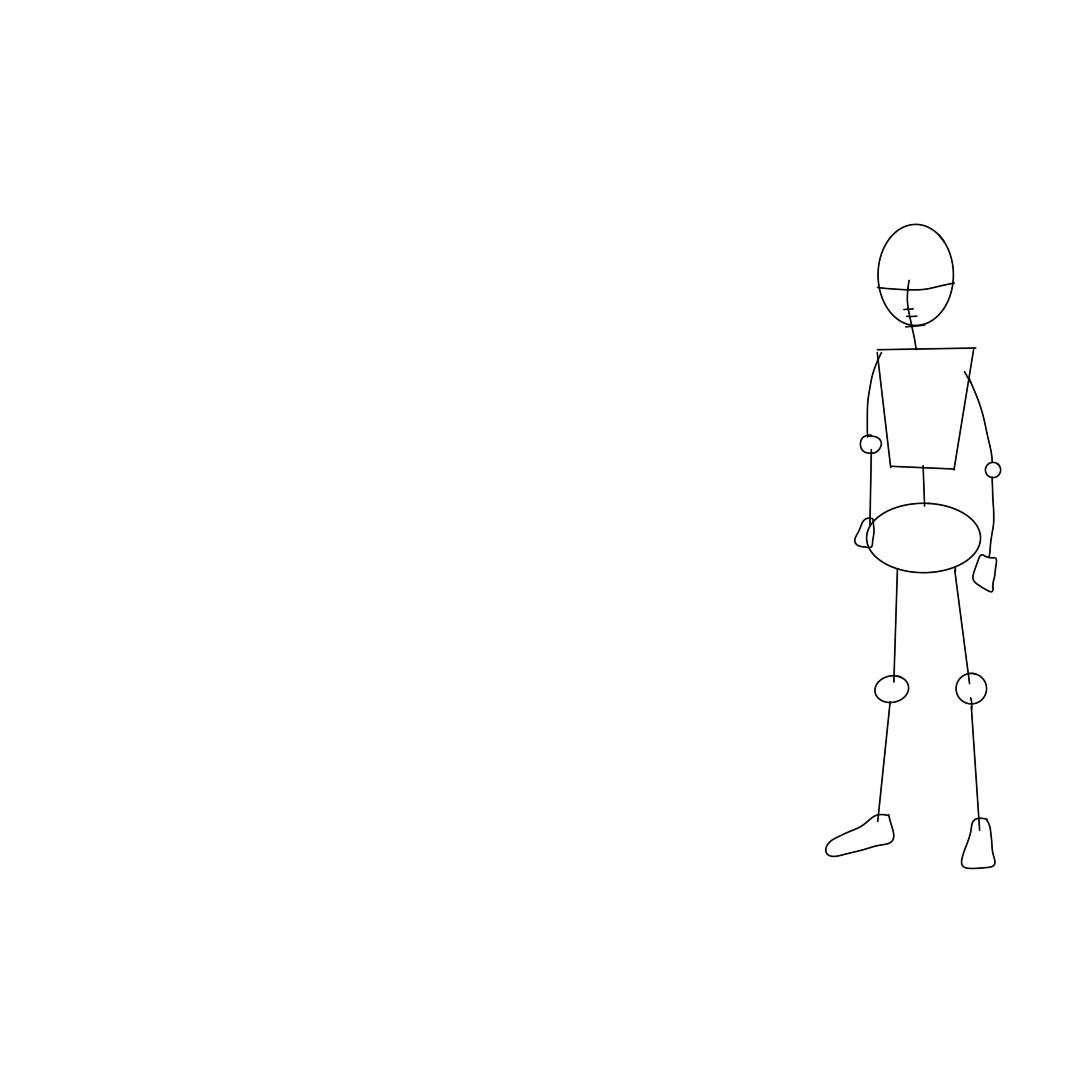 For Haku’s arms, the arms are attached to the shoulder and can be replicated by a few lines. The left arm is slightly curved, while the right is vertically straight.

Haku’s legs are attached to the horizontally curved line of the waist; you can quickly draw vertical lines for the legs; ensure the lines are not too close together even if the right vertical line of the leg looks slightly bent, and add the shape for the feet and you are done with the legs. 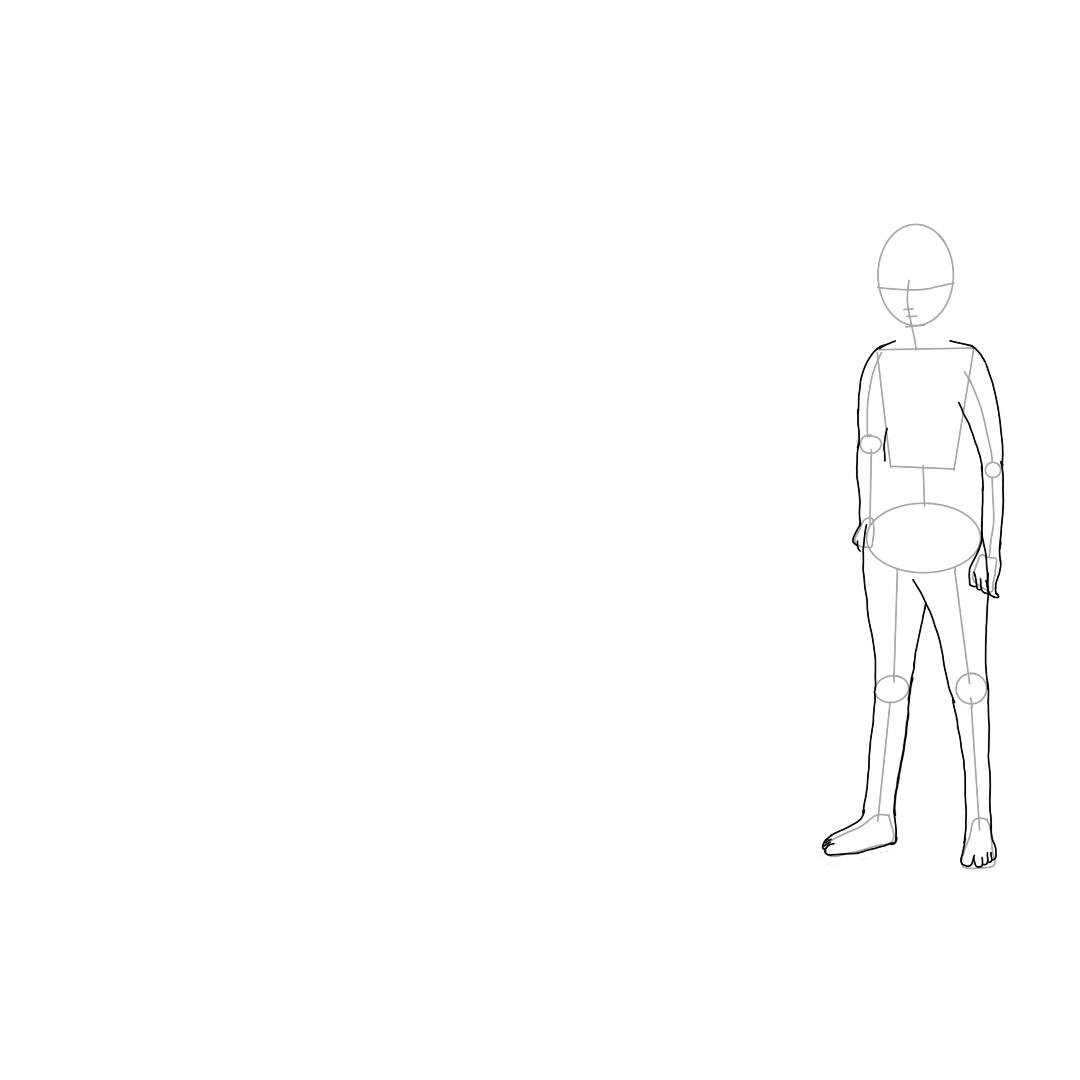 Do you want to know how to draw his dragon alongside him?

Firstly, we have to start by outlining the dragon; this can be done by drawing out all the basic shapes and lines that make up the dragon.

I will teach you how to systematically draw the dragon while standing, draw an oval shape for the head, and draw the shape of the mouth.

Make an oval bigger than the size of the head so it serves as the dragon’s chest. Draw the last circle, where the dragon’s legs will be fixed.

Let me now show you the magic of random lines; draw a curved line from the head to the oval shape of the chest; use this same line to draw the shape of the dragon’s back attached to the chest.

Still, on the same line, extend the line (so that it is curved) to the last circle of the leg, and curve the line to form a wavy pattern which is also extended to draw the dragon’s tail. Yes, we’ve just started! 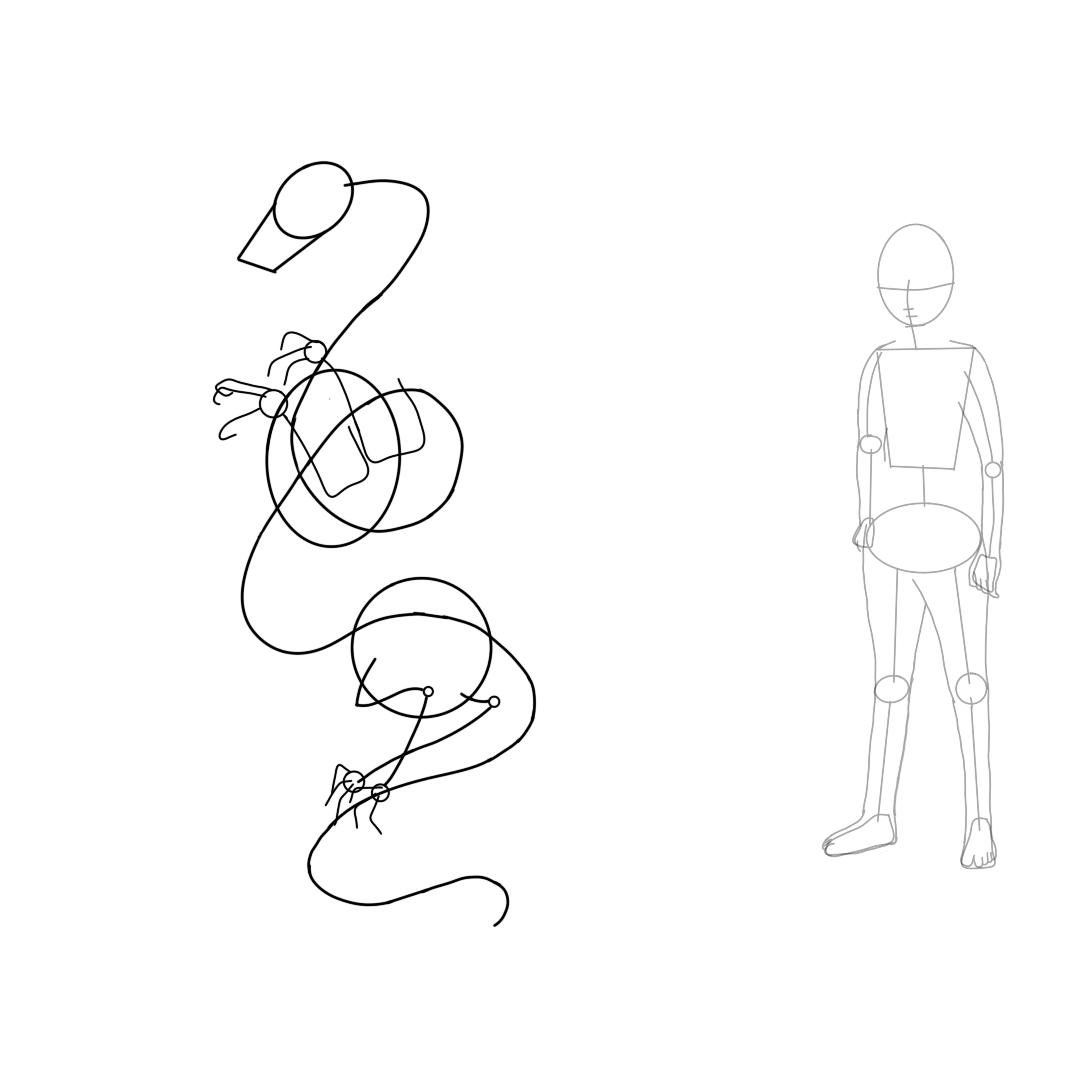 The next step here is to draw Haku’s jaw and add the mouth.

To add the mouth just trace the little horizontal line you drew for the mouth, and that’s all for the jaw and fixing of the mouth. 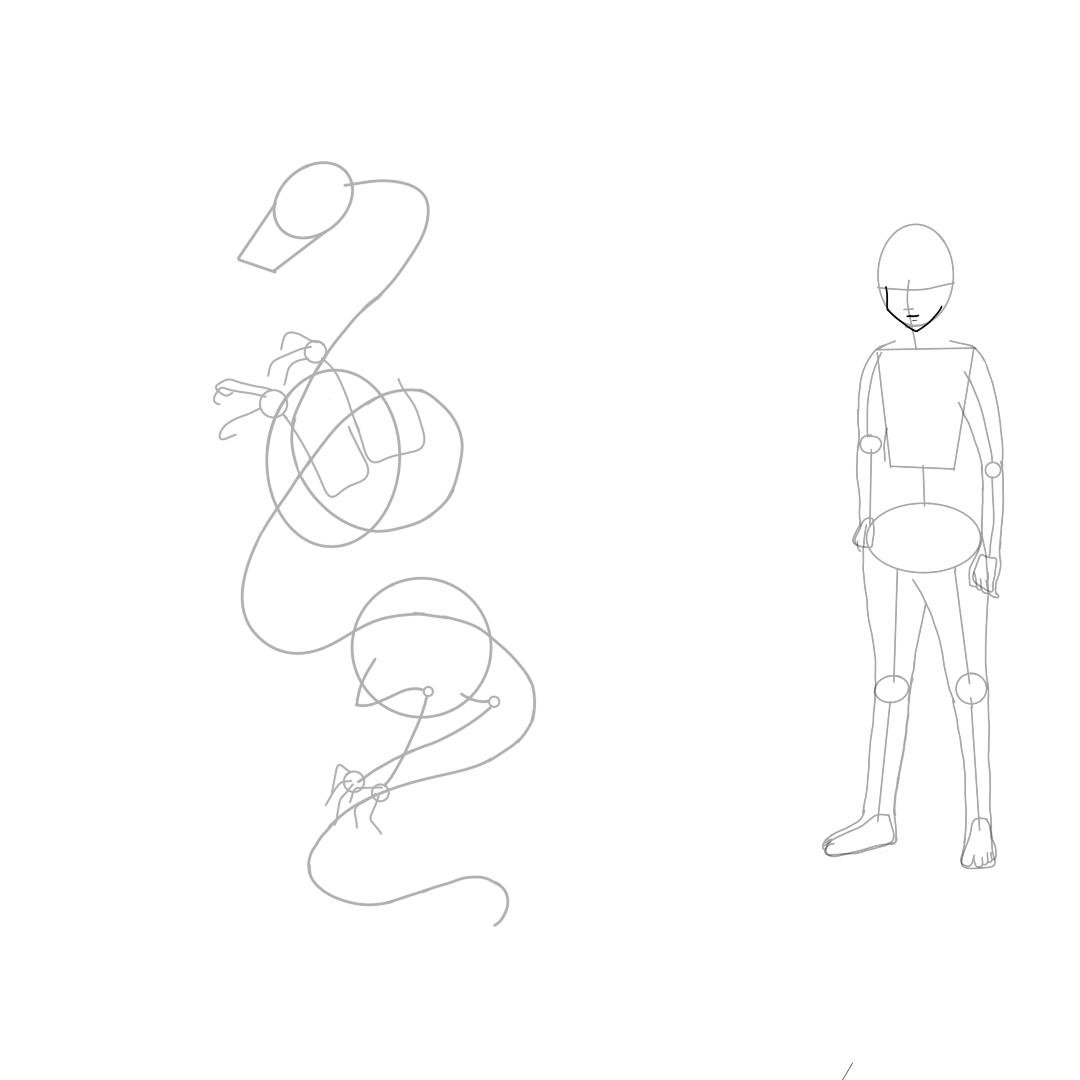 Do I still have your attention?

Drawing the eyes is one of the fun parts of Haku’s body you would love to draw because the eyes make him look typically natural and genuine. 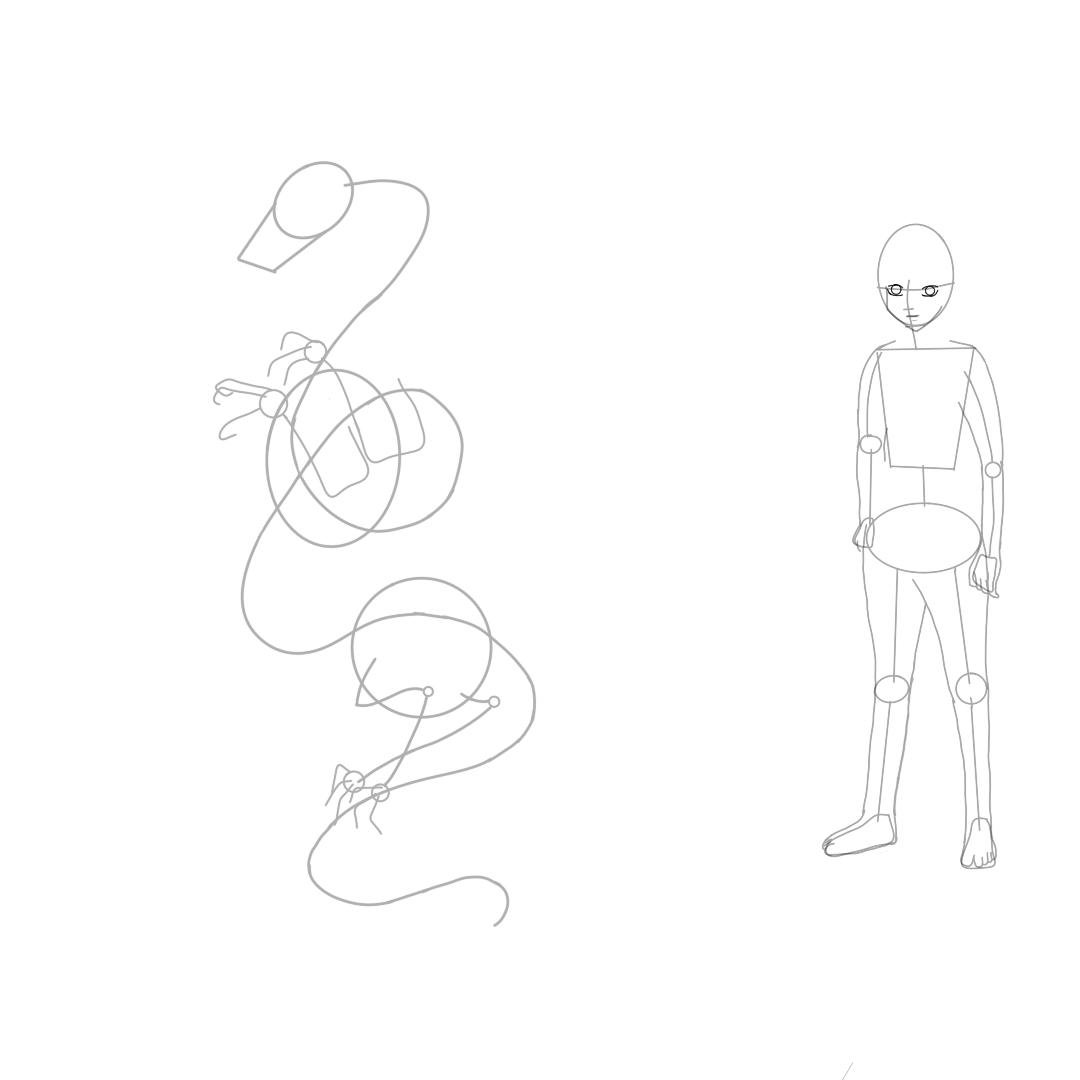 Draw His Pupil And Eyebrow

And for the eyebrow, draw a horizontally curved line above the shape of the eyes, which can be drawn with a thick line. I can explain to you how to draw the nose, but, the nose can be replicated either by a dot or the by the use of a curved line. 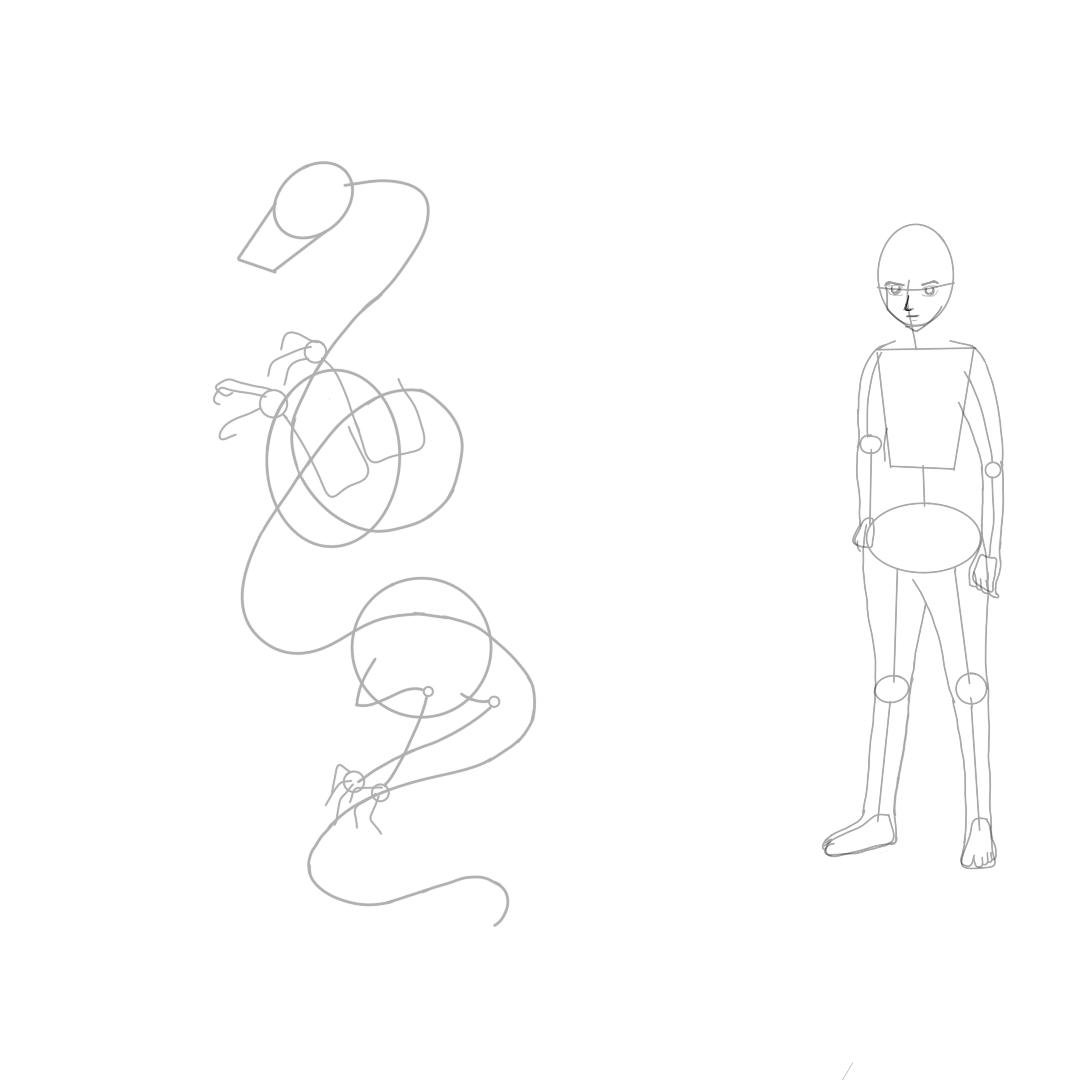 The dragon has the fore and rear limbs. The fore limb is attached to the oval circle of the chest; draw vertical lines for the arm and use the vertical line to draw the shape of the lower part of the limb. 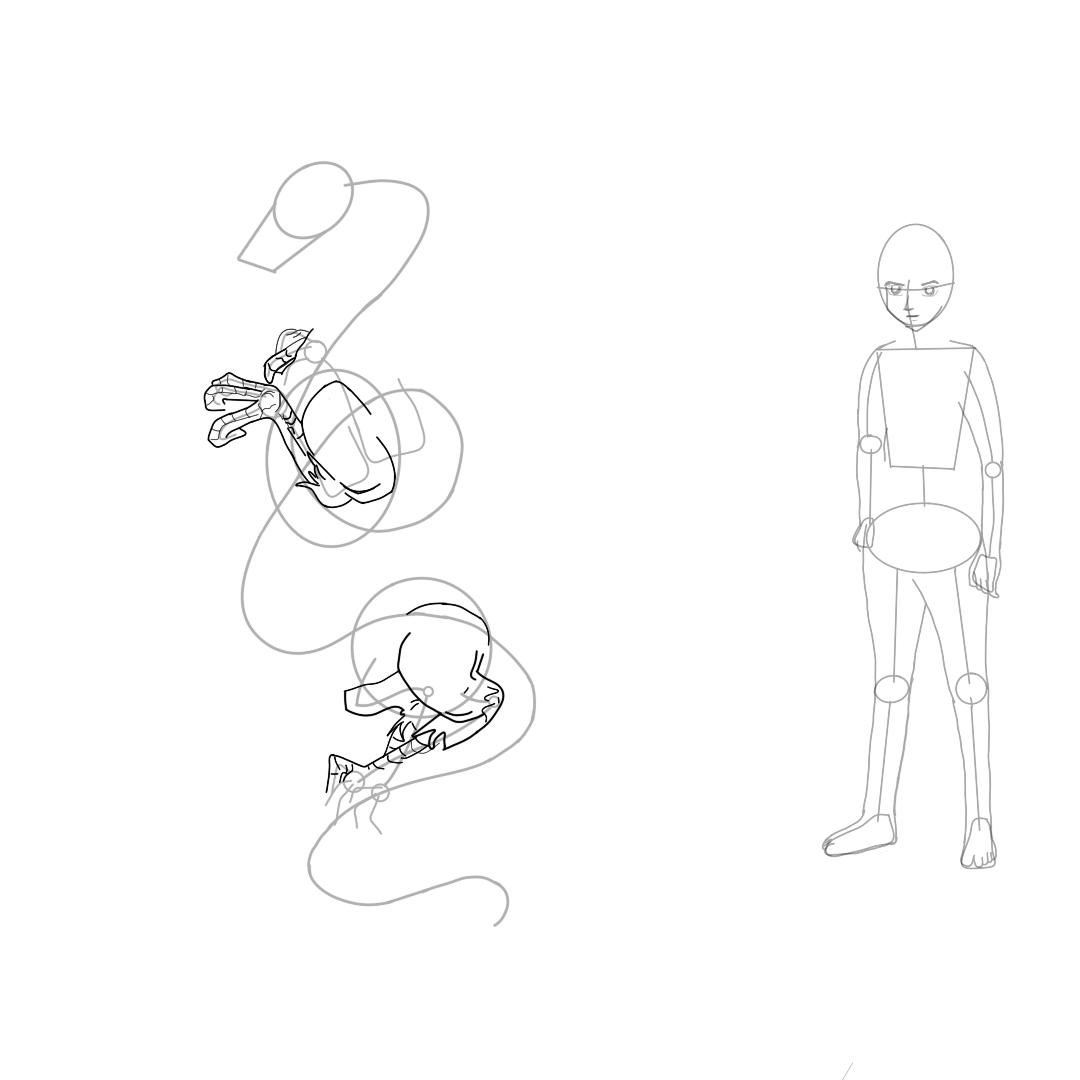 Draw the Dragon’s Horn and Face

Have you ever wondered why people get scared of the dragon look? I will show you what the facial features look like and how to draw them.

Firstly, the dragon’s eyes; draw an oval circle for the eyes of the dragon in alignment with the direction of the head and add a dot inside the circle, so it serves as the pupil of the eyes. Draw the dragon’s ear.

Since the dragon is standing here, automatically, only the side view of the dragon can be seen; in this case, draw the ear close to the horn, which is on top of the circle of the head.

The dragon naturally has flame-patterned hair, which starts from its head to the dragon’s back, making people believe that the dragon can hurt them anytime 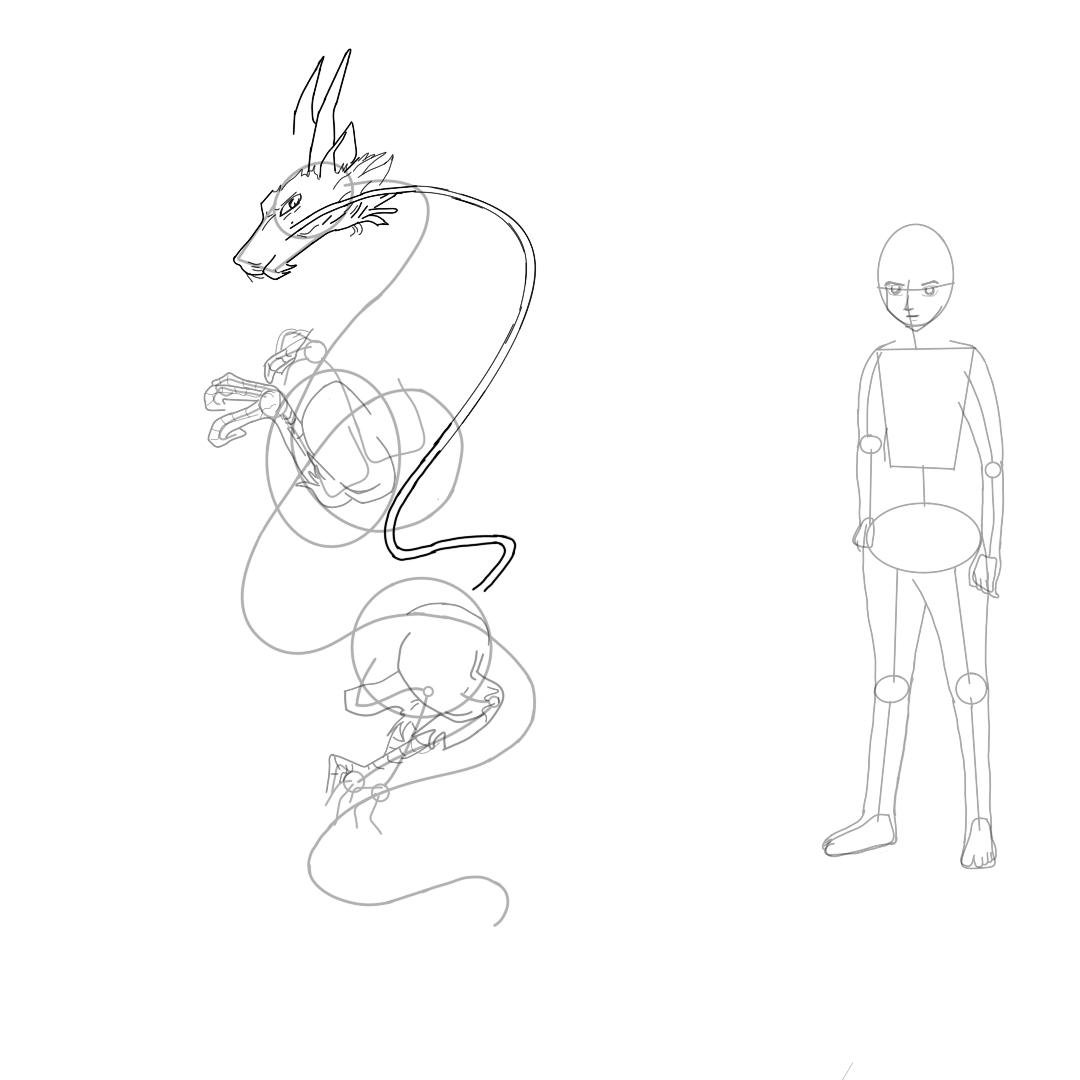 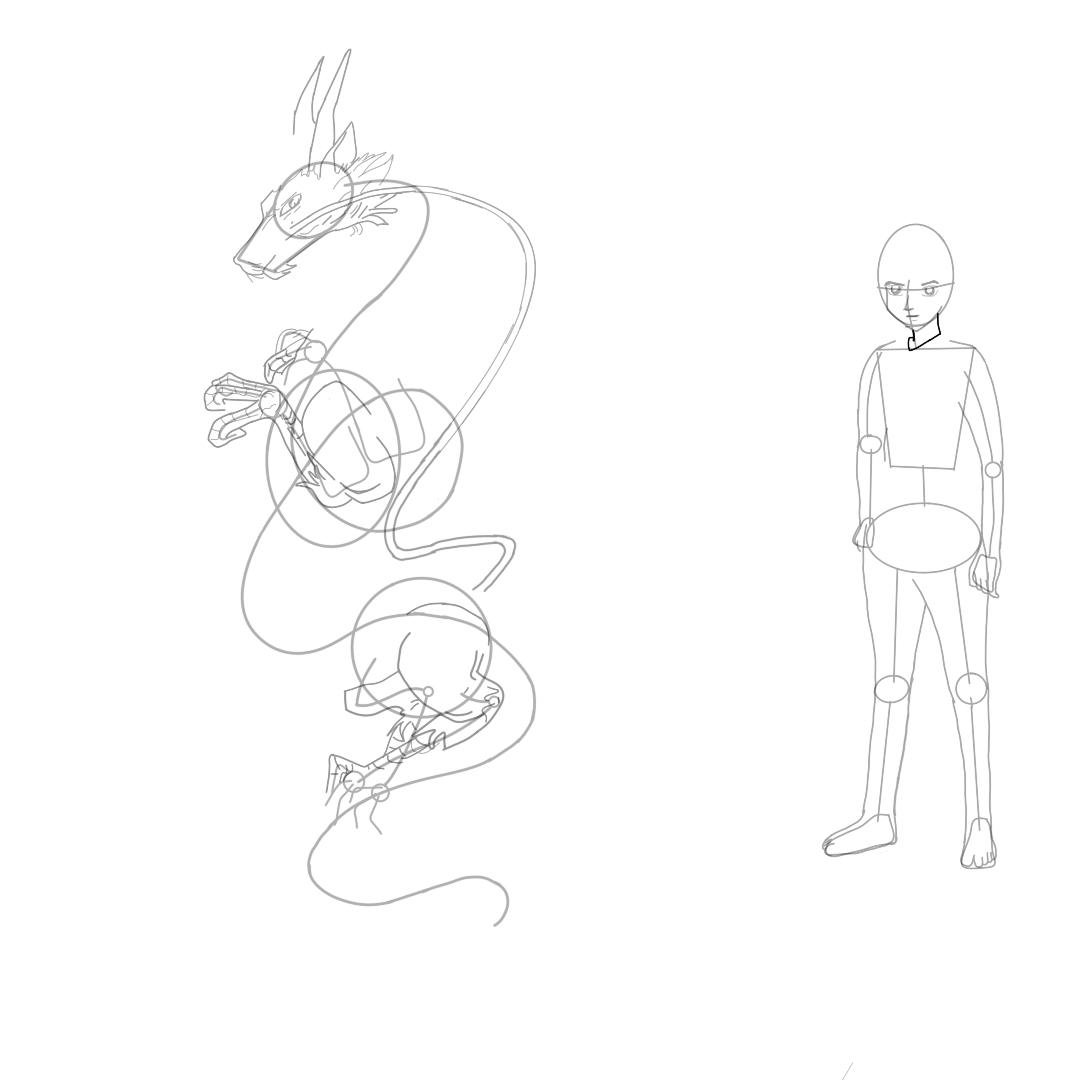 I will be dividing the outfit into two, which is the upper and lower part of the outfit.

Start the outfit by drawing the collar of the cloth with curved lines; the collar has a round and “V” patterned neck.

Haku is wearing a short-sleeved top, use curved lines to replicate the sleeves, and Draw a vertical line that extends from the shoulder to the lower part of the waist. Then draw a horizontal line to mark the lower limit of Haku’s top.

For the lower part of the outfit, this is the pant of his outfit, and he’s wearing short pants reaching his knee; to draw this, you only need to use your lines.

Draw two other vertically curved lines from the center at the lower part of the oval of his waist to the same length as the previous lines and add more lines (a horizontal line to join these lines together and a vertical line inside the pant) to make the outfit realistic. 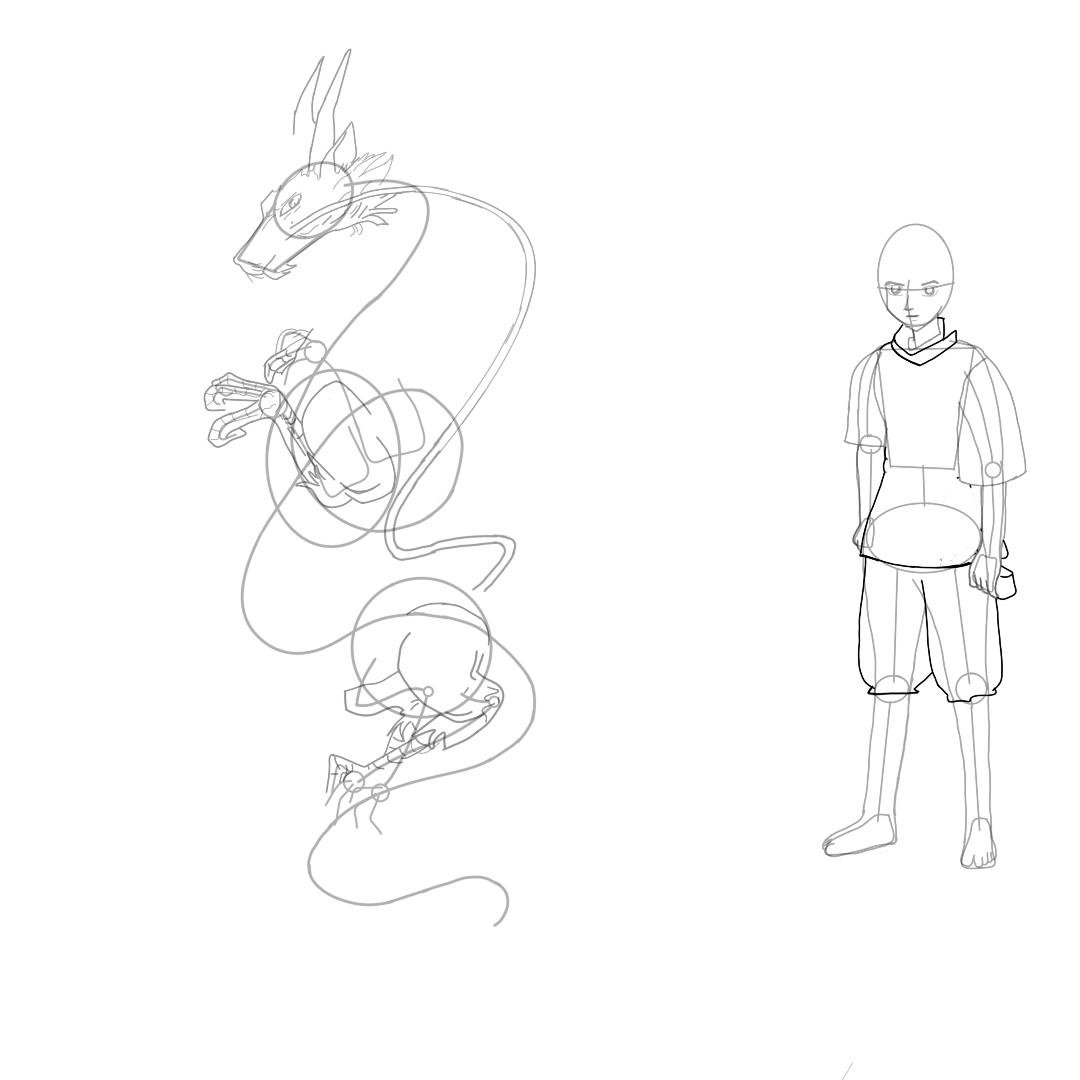 For the right arm, draw a curved vertical line from the horizontal line of the sleeve so that the curved part of the line represents the right hand.

For the left arm, Haku’s left arm is attached to the horizontal line of the left sleeve and pointing downward. 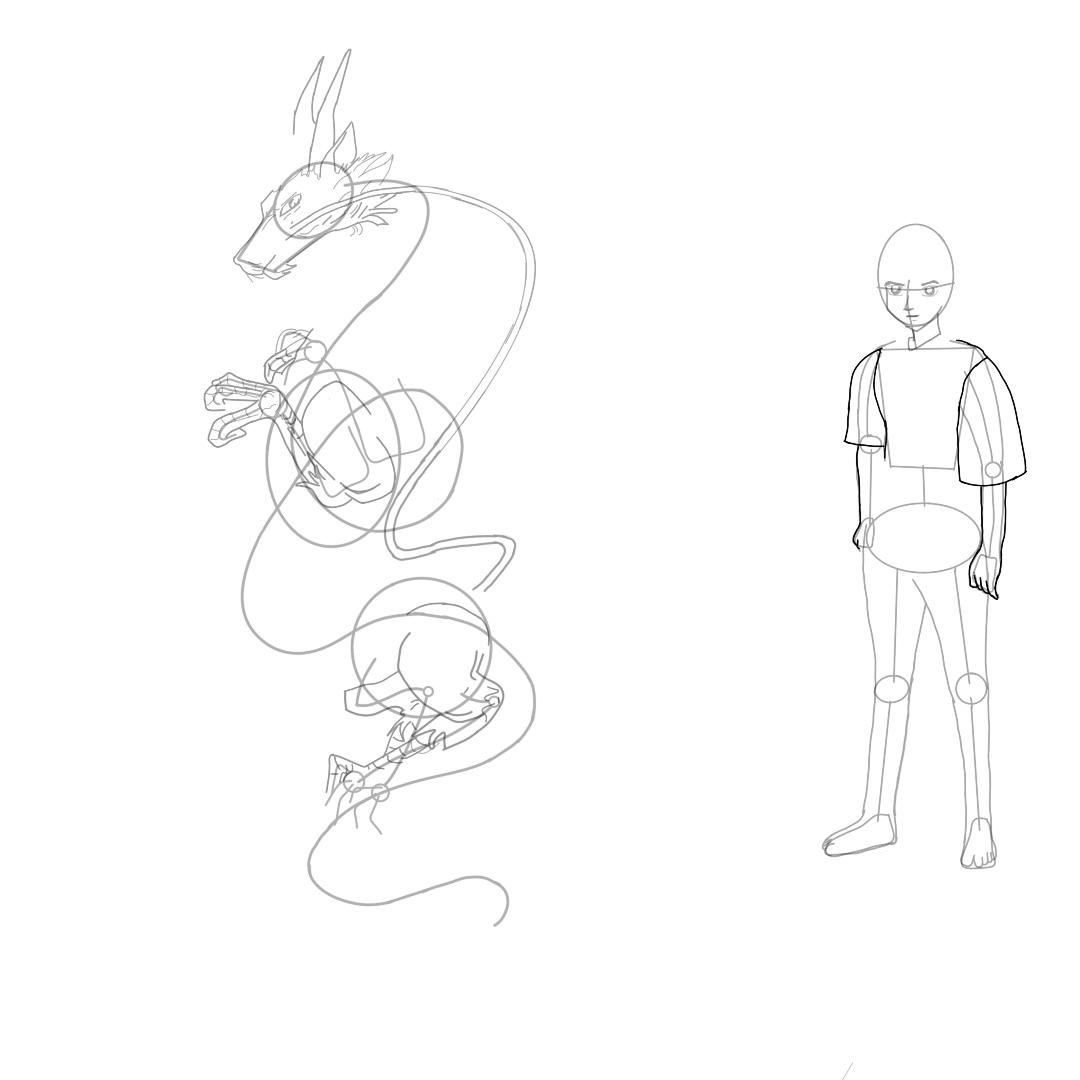 Do you know you can draw Haku’s hair with just a few curved lines?

Let me explain, make a concave curve above the circle of the head, and draw a horizontal line above the eyes to draw his bangs.

Finish the hair by drawing vertical lines and horizontal lines on the sides of the hair.

One of the most critical parts that need your attention is the flame-like hair at the back of the dragon.

The hair starts from the back of the dragon’s head to the circle of its chest.

At this stage, you need to finish the tail, which you’ve already started, by adding more curved lines to it so that the dragon later ends up having a pointed-edged tail. 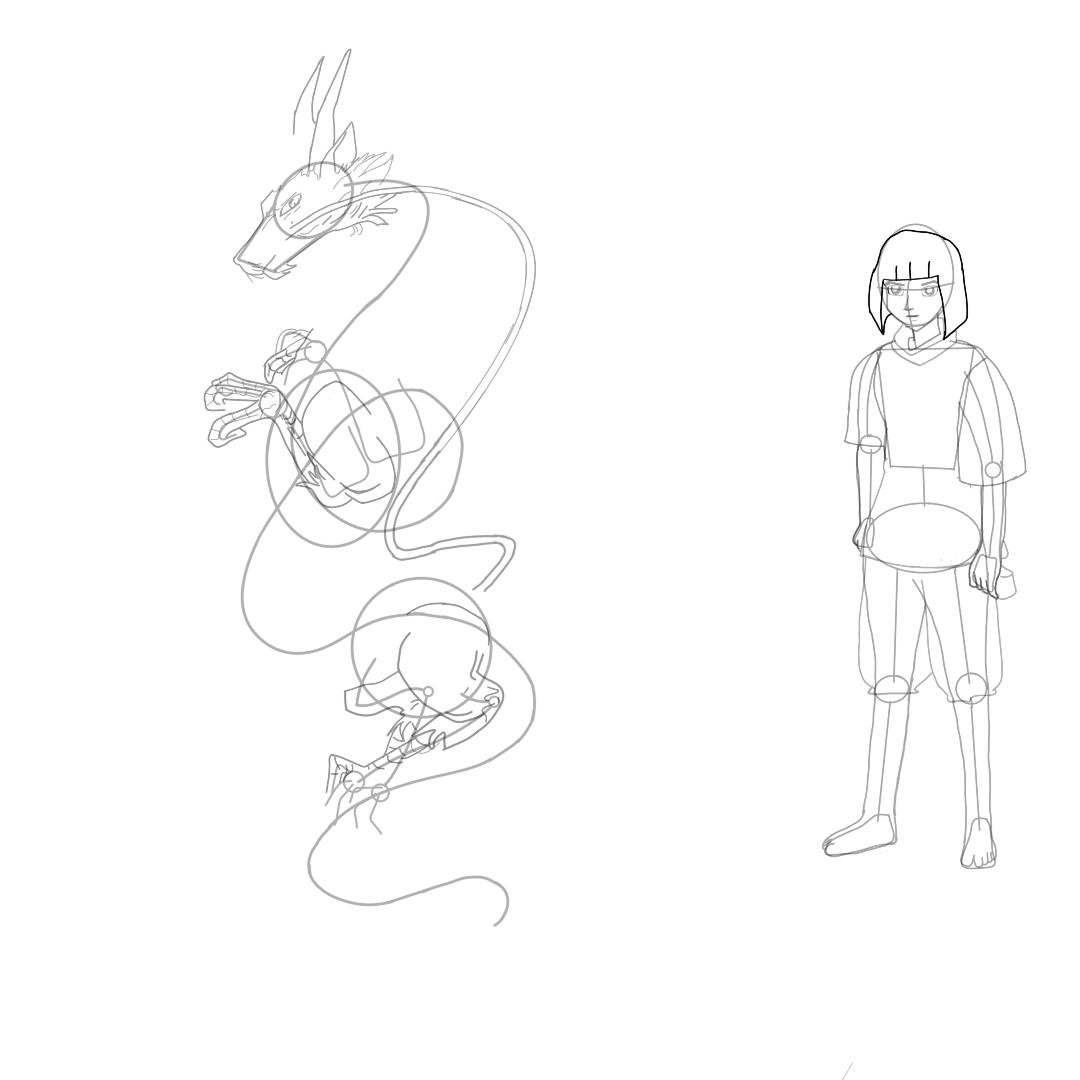 Now draw the lines of the legs attached to the outfit’s pants while the vertical line you drew for the basis of his legs remains in the middle of these lines.

Trace down the lines of the legs and align them to the shape you drew for the feet to draw his footwear.

Draw a curved line under the shape of the feet; this will serve as the sole of the footwear. 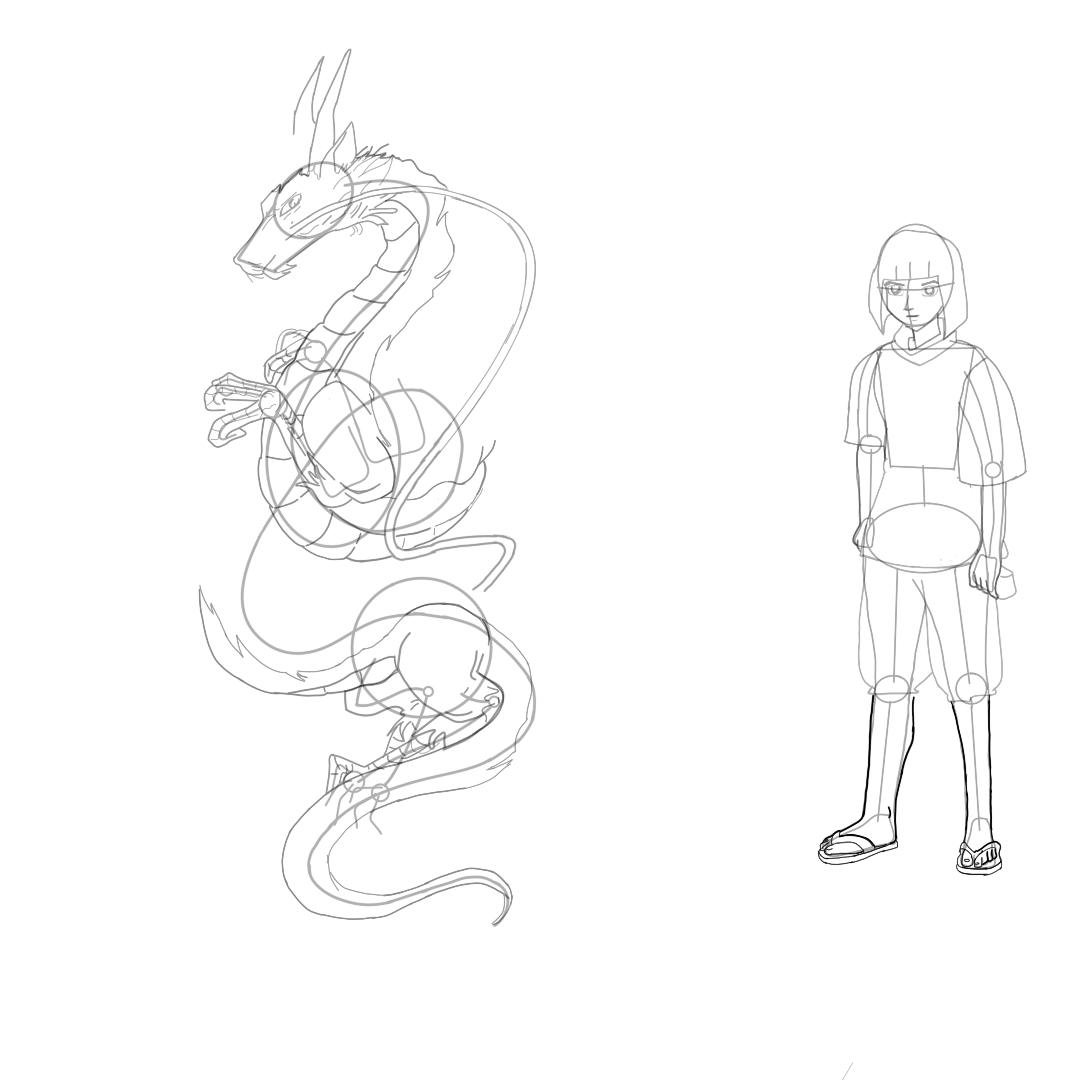 Now that you now have a good drawing of Haku and his dragon, you can confidently add enhancement to it, but before then, I would like you to add some detail to the drawing; this includes lines and dots that are needed to make the outfit look natural, and you can also erase all excess lines and dots to have a perfect outfit of Haku.

You can now add the necessary enhancement to the outfit, add shadows and highlights, and give it your best color (a color that will suit him).

Shade the pupil for better results and use thick lines for the border of the outfit. Also, add the necessary details and enhancement to his outline 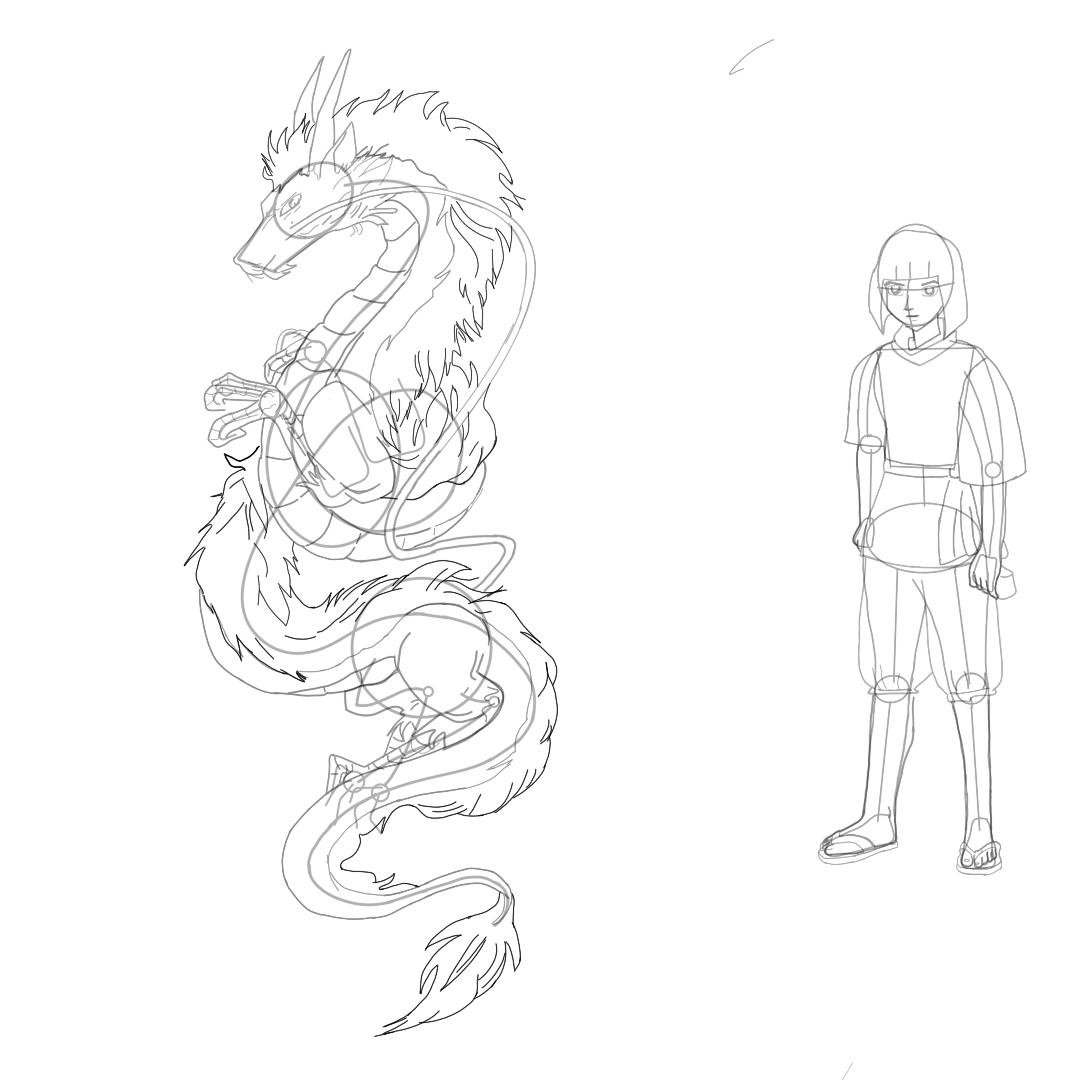 Add necessary details to the dragon and erase all excess lines.

And very importantly, you have to trace the outlines of the dragon with a thick line, and that is all. 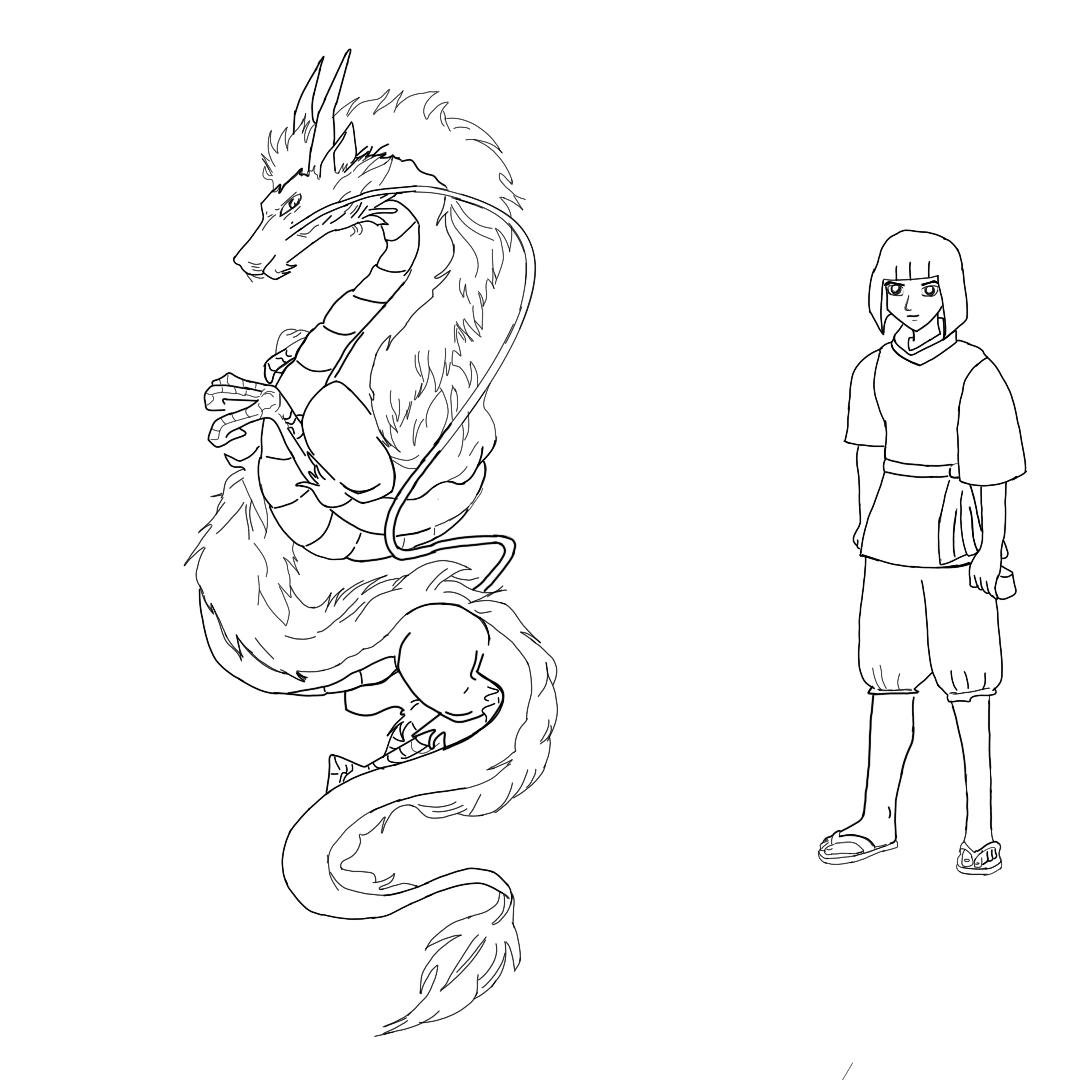 If you have reached this point, congratulations!

I hope you had fun drawing Haku and his dragon together.

It’s true that it takes time to master a particular art, but with regular practice and the right strategies, you will be able to become an expert artist.

And by now, I hope you enjoy this drawing lesson, and you will be able to create more complex drawings in the future.