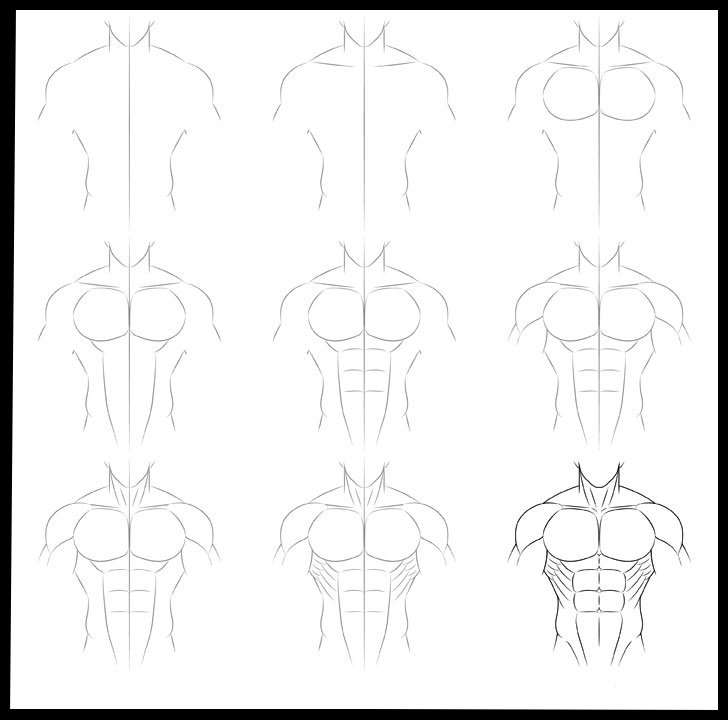 This lesson demonstrates how to draw an Anime Muscular Male Body (Strong Male Physique in anime and manga style, with a detailed description of the different muscle parts.

The upper body is the subject of this lesson (excluding the arms). It depicts a character that is very muscular yet still seems realistic.

It’s vital to keep this in mind since anime figures are frequently created with exaggerated proportions that make them seem enormous.

If you’re sketching on paper, it’s best to keep your lines light until the very end. This makes it easy to correct any errors that may have occurred. 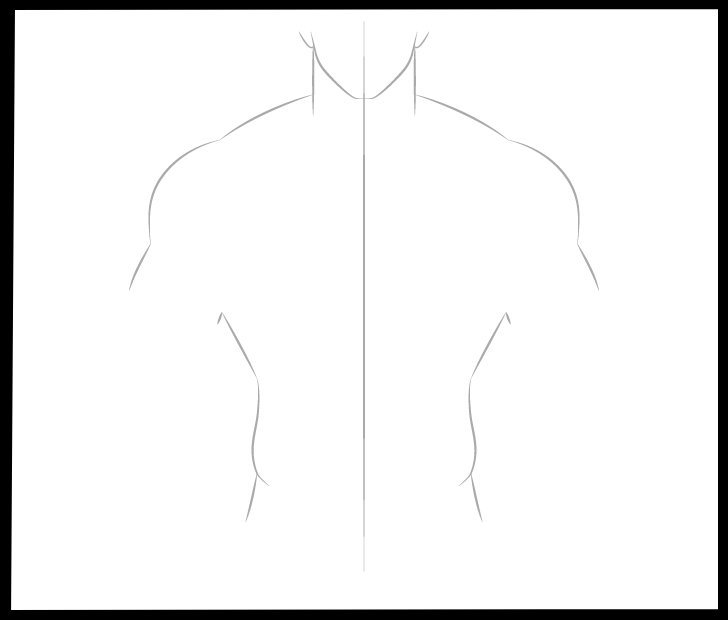 Body types with many muscles will be broader at the top and narrower at the bottom. Almost everything will be portrayed with a curve since the muscles are practically “pushing out” from the body like they’ve been inflated. 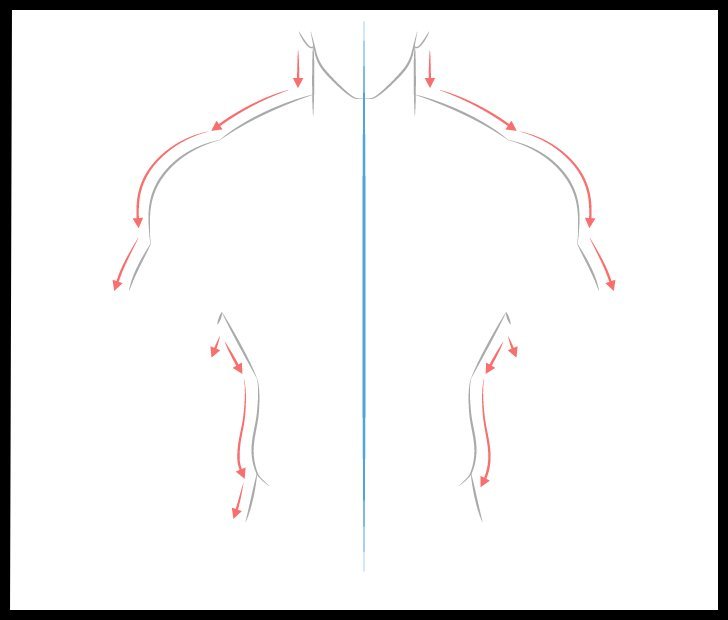 Create a body outline by drawing the following: 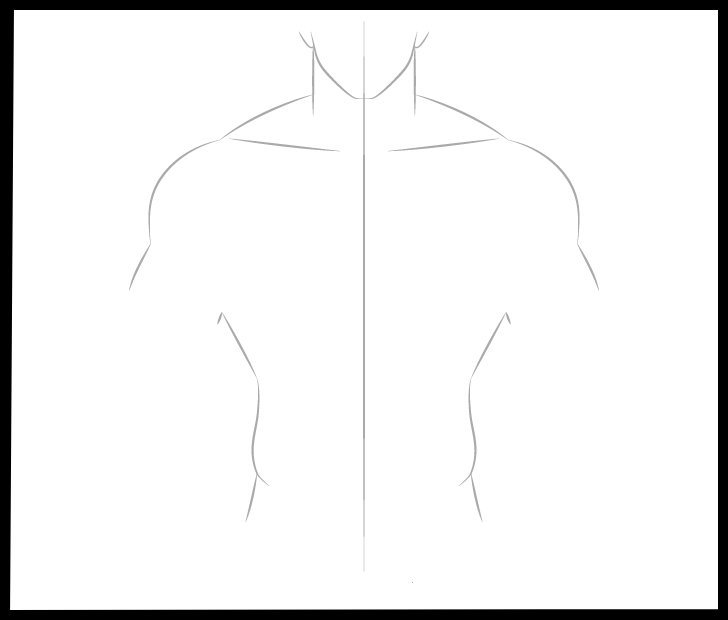 Draw a hint of the collar bones going down from about the transition of the trapezius muscles into the shoulders. You may demonstrate each one with a single line for the time being.

Draw the Chest Muscles in Step 3 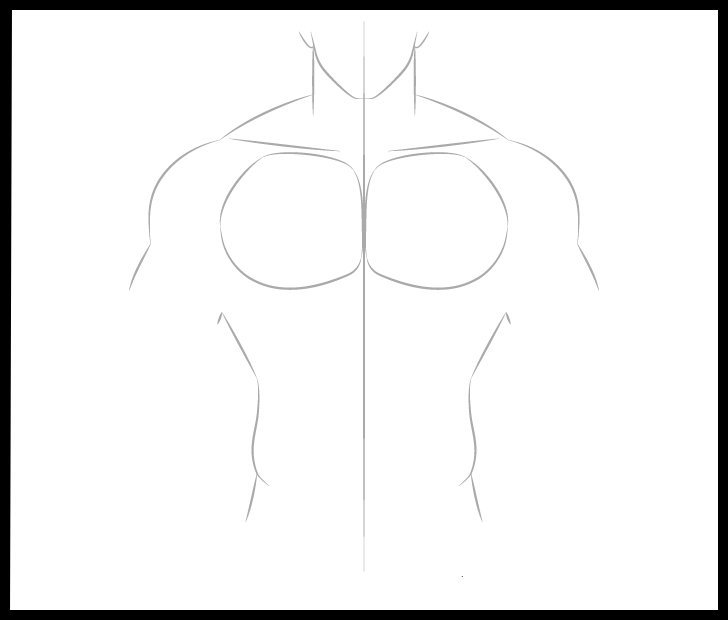 Make the general forms of the chest muscles smaller towards the body’s center and broader towards the edges. They should begin just below the collarbones and go all the way down to the shoulders. 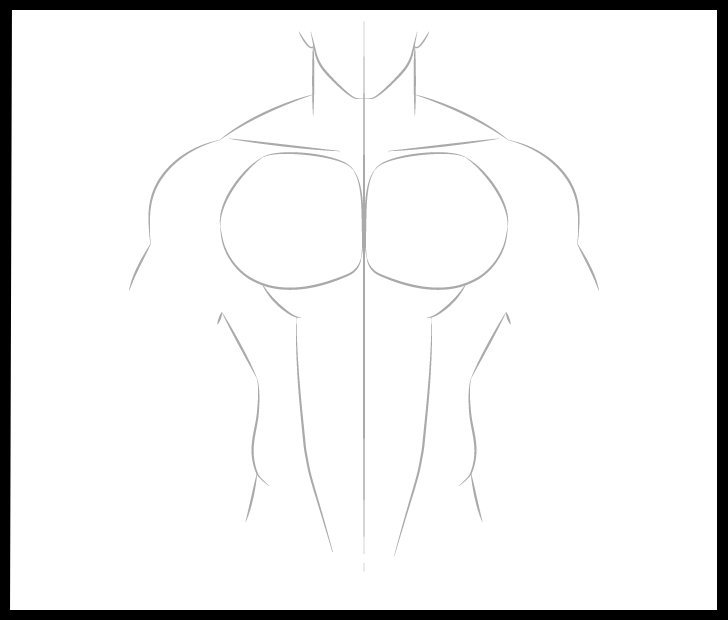 Begin by sketching the abs’ combined contour. Because the character will have an “eight pack” in this example, make the group of muscles directly below the chest much broader. Then, go on to the next group of narrower abdominal muscles. As seen in the image above, you may outline the remaining abs with merely two curving lines on either side of the torso. 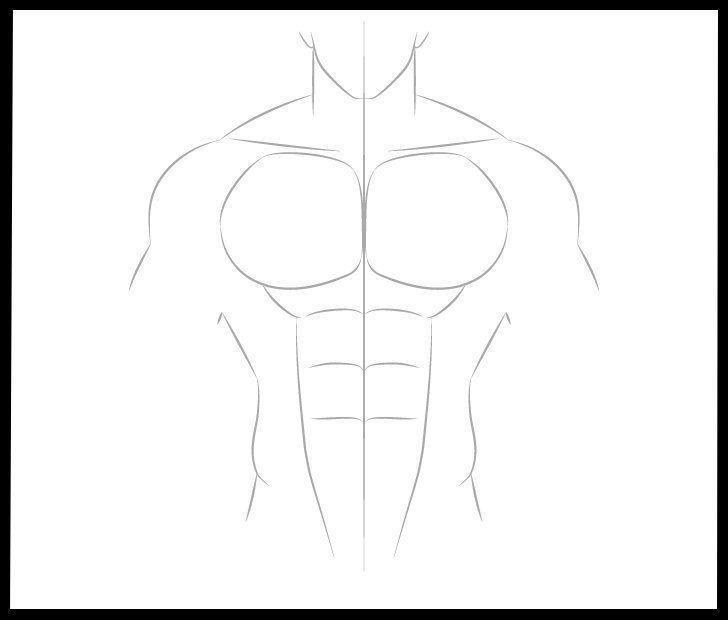 Draw the specifics of each ab. You may do this by putting some light horizontal curves between them.

The artist’s choice determines whether the abs curve upward or downward. Simply draw them straight; otherwise, your character will not seem natural. 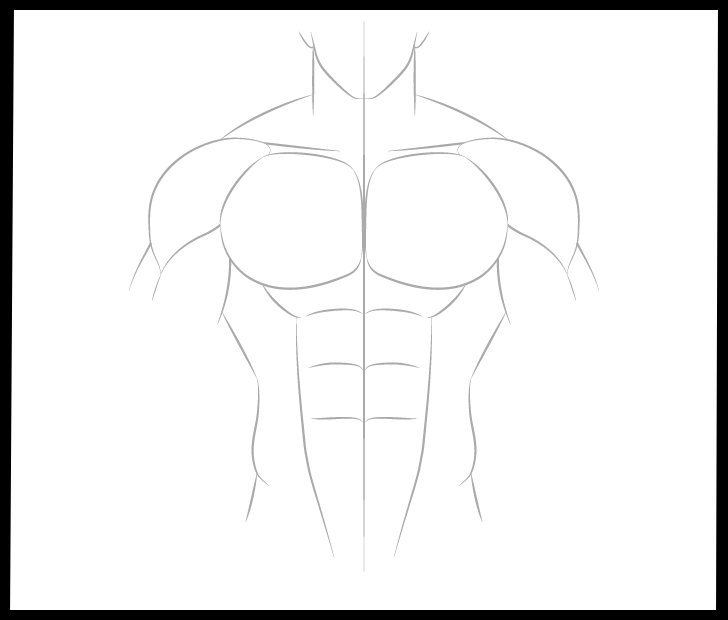 Draw the shoulder muscles as though they were “cutting” into the arm, breaking into arm muscles like the biceps.

Step 7: Draw the Muscles of the Neck 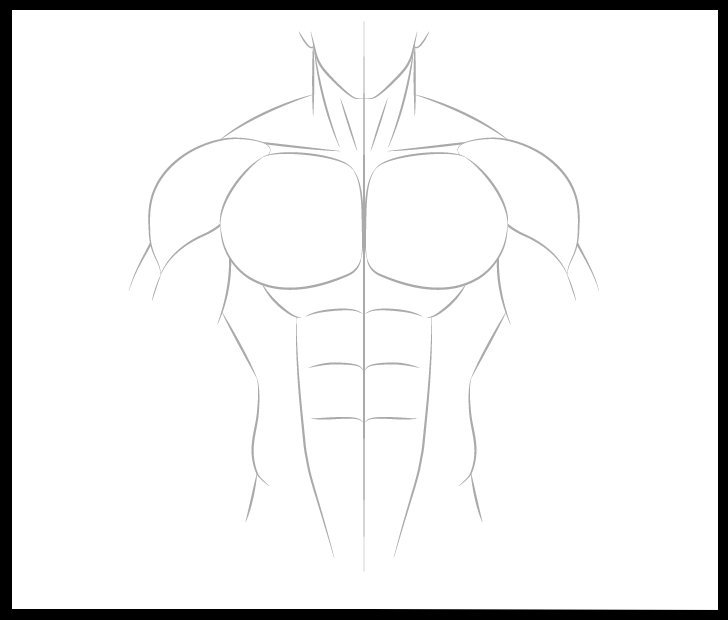 Suggest some of the neck muscles. In this situation, the “sternocleidomastoid muscles” will be involved, which run from the inner ends of the collarbones to the ears.

Step 8: Draw the Muscles on the Sides 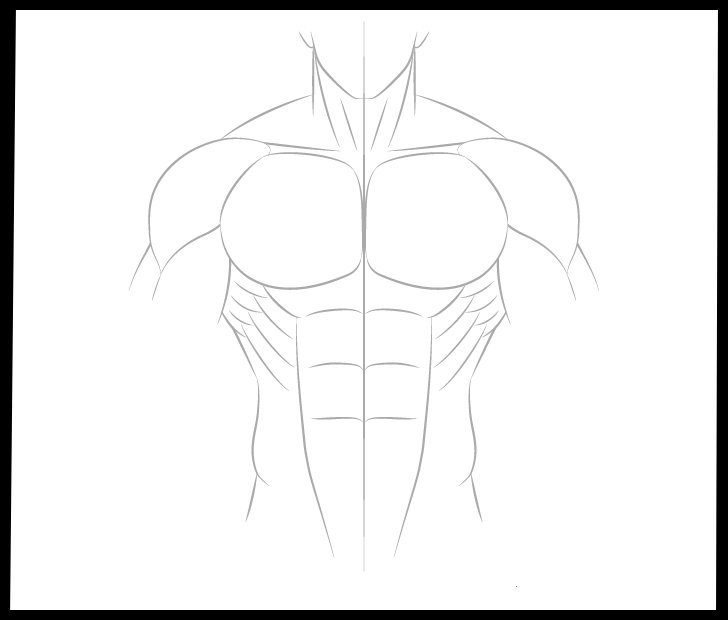 Essentially, they will be two sets that “weave” together.

You can suggest each of them with only one curve for an anime/manga look. 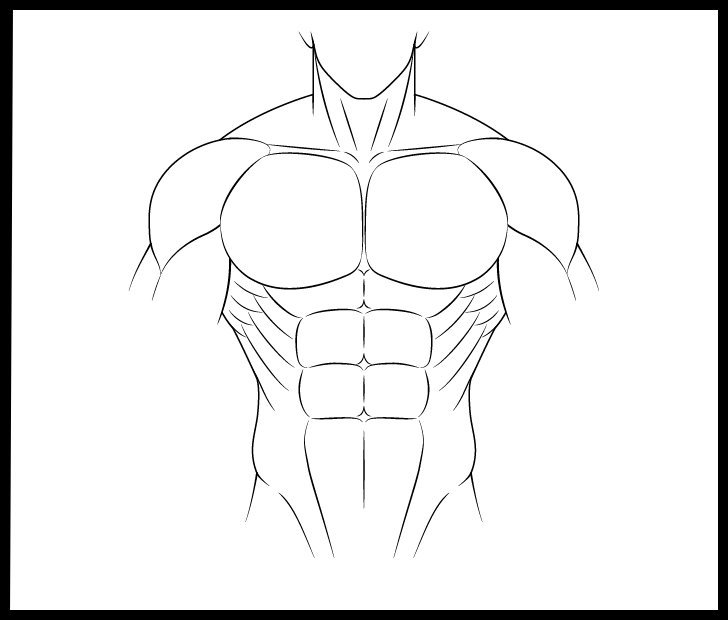 Finally, include all of the tiny features and curves of the various muscle groups to complete the design. You may also erase the middle line and draw it with a darker stroke.

Some of the minor curves around the abs will need to be added as details. You may also add a trace of curvature to the end of the collar bones.

You should be about finished with this lesson after you’ve completed it.

It may be difficult to draw bodies.

Muscular bodies might be a more difficult job since you must portray the specific features of each muscle.

Anime and manga characters may be stylized to have certain muscles jump out more or bigger than usual, but they are still based on actual people’s anatomy.

If you wish to create muscular characters, you need to grasp the size and placement of the major muscle groups.

This lesson should show you how to sketch the top half of a strong man’s physique from the front.

If you desire a somewhat leaner or more pumped-up avatar, you may experiment with various muscle sets and torso sizes to see what you get.

How to Draw Anime Poutine Face