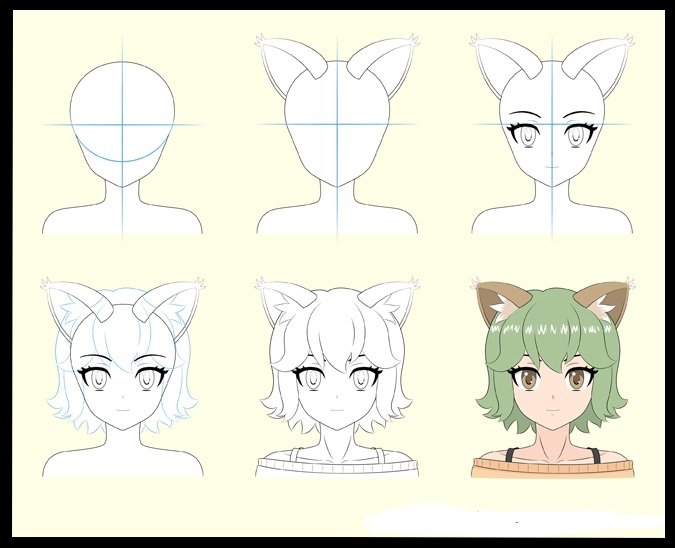 This short lesson will let you know how to draw an anime cat girl with animal ears. The same technique is being used to design different sorts of anime-style animal ears. Stick with this till the end. So let’s get started with the Anime Cat Girl Ears Drawing

If you’re going to follow the instruction using a pencil and paper, be careful to create light lines at first since you’ll need to erase them later.

Step 1: Draw the Head Drawing of an anime cat and a girl’s head 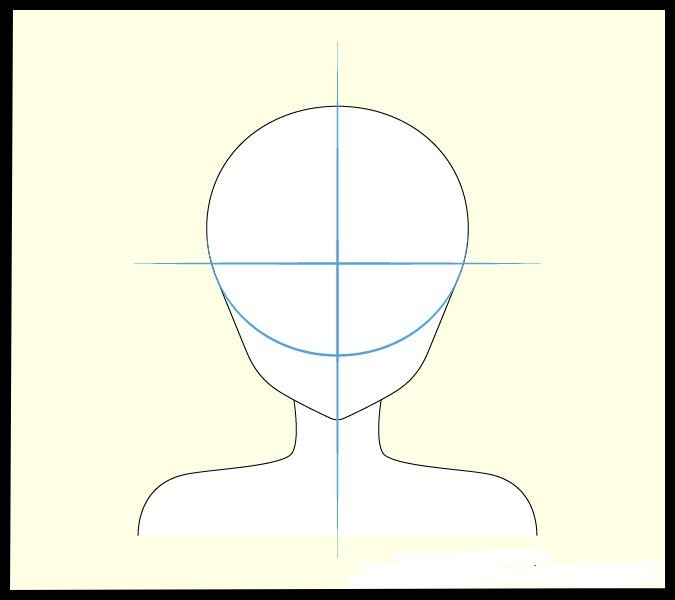 To ensure that the head and other features produced in the following phases are symmetrical and uniformly positioned, draw a vertical and horizontal line crossing the center of the head/face.

We won’t go into much depth in this lesson since there are already many tutorials on Drawing Anime & Manga Sites that teach how to create the head. 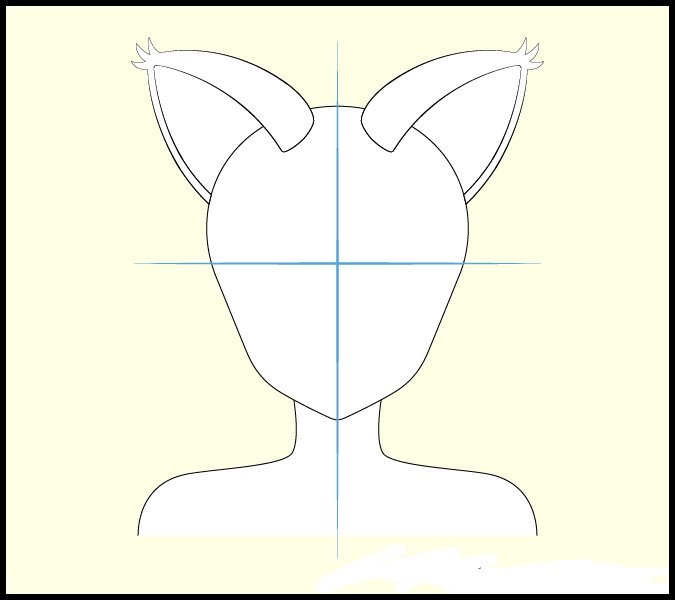 To better understand how to arrange the cat ears on the head, we will sketch the primary outline of the ears first, followed by the hair.

Remember that the hair has volume and will cover the bottom of the ears. Draw the ears slightly longer than you want them to be visible in the finished picture.

Each ear should have an overall shape that is akin to a triangle.

The ears will be buried around the curvature of the head on the far side (away from the observer).

You may add some little fur clumps to the ends of the ears. Certain varieties of cats have hair protruding from the points of their ears in this manner. 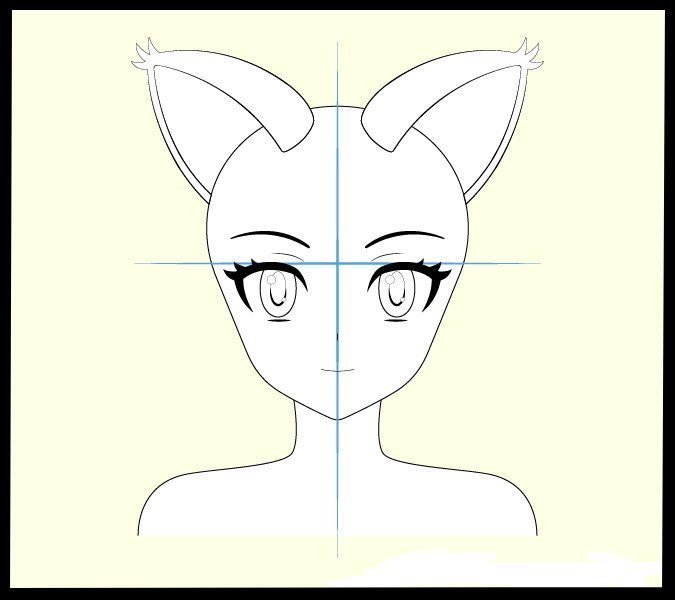 Draw the eyes below the horizontal line established earlier, the nose between that line and the chin, and the mouth somewhat above the midway point between the nose and the chin to arrange the facial features. As previously said, the hair will cover the lower portion of the ears.

We’ll draw the hair in huge clumps for this specific haircut. It will follow the top curve of the head and then hang down, curling slightly in various ways towards the ends.

Draw some fur on the inside of the ears in clusters similar to hair. Clean up your drawing by erasing/removing any guidelines and hair-hidden areas.

You’ll note that some basic clothing and body elements have been added in this phase. 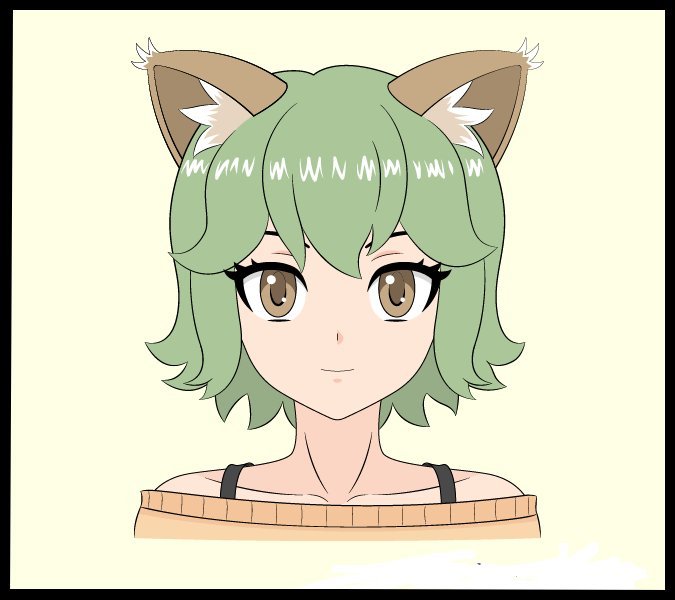 Begin coloring and shading your design by filling in the biggest sections with the base color. If coloring on paper, leave any highlights/reflections blank; if drawing digitally, add them at the end of the coloring process. After you’ve completed the basic color fill, darken the darkened regions.

Because the emphasis of this lesson was on cat ears, it was rather brief and did not go into great length about the other components of sketching an anime character. You may always go through the site’s other lessons for additional information on sketching anime characters.